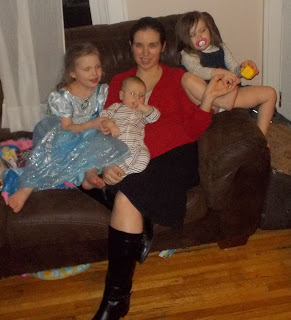 So this morning I decided to share a little piece of our day.  Okay, I started out thinking I would type out the whole day and than realized it would be way, way to long and no one would ever read it.  Wonder if anyone will make it to the end of our "exciting" four hour journey of our cozy little house: