This Roller Coaster of a Week

Easter is nearly here.  Jesus has been welcomed into Jerusalem by the enthusiastic, palm wielding crowd.  We've entered into Holy Week.

We're not there yet though.  We all know what stands between us and the mystery of the Easter Vigil and then the joy of the Easter season, the pinnacle of the year, when he has risen, overcoming death and opening the gates of heaven.  But we all know what comes first.  Friday, now only three days away.  Good Friday.

I cannot think of Good Friday without thinking of my first Good Friday, the Good Friday that fell on the day before my confirmation. I got the time wrong, and arrived a little bit late.  I slipped in the back and was thankful to slide into an empty pew.  My eyes found the thick, roughly shaped cross that had been brought in and placed at the center of the end of the aisle and suddenly I was sobbing.

It wasn't the pretty kind of crying you see in movies.  It was the ugly, trying not gasp for air kind.  I couldn't have even told you why I was sobbing.  For a very long time I prided myself on not crying.  And yet there I was.  I pulled my sunglasses down and tried to be inconspicuous in our little Church, my eyes blurred as tears ran down my checks and plopped on my dress.

It was a beautiful green dry clean only dress that I'd bought when I was young and silly and still spent way too much of my pay check chasing down fashion trends.  And it stands out in my mind to this day, because the tears poured down on the fabric and stayed.  They stained it, a permanent reminder of that feeling, that moment, that somehow seemed appropriate.  That dress has moved with us, from California to Florida to Michigan as a result.  I'm certain I would have given it away long ago without those stains.  Instead I keep it, to run across now and then during the seemingly endless cycles of packing and unpacking and I remember, in a far off distant way, that first encounter with Good Friday.  And I think of it now, because we are nearly there.

I think I find, more and more each year, that Lent, and Holy Week, are never exactly what I expect them to be.  You'd think I'd have figured it out by now.  I'm a planner and a list maker.  I obsess over details.  If you look at the Keirsey temperament sorter I'm a "mastermind" (INTJ) and planning is just what we do.  And so while I know that God has better plans for me than any plan I could ever have for myself, I still come up with grandiose schemes that should have me puttering down the path to sanctity if things just went the way I planned.

Instead the real challenges of Lent and Holy Week are always the curve balls that I never could have written into my thirty point Lent plan.  They're the scandals of the past years that the media seem to fixate on each Lent.  They're sorrow as we say goodbye to someone we dearly loved, reeling a bit at the suddenness and hugeness of the unexpected. 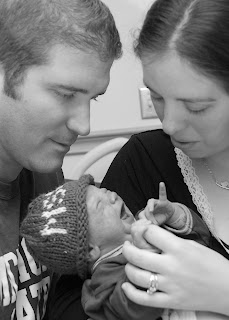 And, as always, part of the challenge of our long walk towards Easter is in the heavy weight of living in a world where sin is not called sin, and you're likely to be called a hate filled bigot who hates women if you admit that yes, you do believe all that the Church that you love teaches.

It can feel almost useless to explain that there is a difference between the sin and the sinner, even as you rush to explain that we are all sinners, though the devil tempts us with the sins that most appeal to us.  You might even explain that we actually are called to judge actions as right and wrong, so we can avoid what's wrong, and that the whole "judge not" thing has been twisted beyond anything that Saint Matthew likely imagined, but as likely as not, you'll find yourself feeling that your words aren't being heard.

Holy Week has arrived, bringing with it it's own unique challenges this year.  Good Friday looms before us.  Jesus suffered death on the cross for our sins.  And so we pray and love and pray some more.  We cling to a God who has conquered sin and death, and remember that he offers each of us the chance, over and over again, to turn to him and be forgiven.  He waits for us to decide that yes, he is more important than sin.  He waits for us to see that while it might not be easy, the hopes and plans that he has for us, and the love that he offers, is greater than anything this world could ever offer us.

He doesn't force us.  We can go on, convinced that we are right, that we determine our own truth, that the God shaped hole in our soul really isn't there and that we make our own rules.  The world will think we're much cooler if we go that way.  Or we can turn, and throw ourselves on his mercy and rise, joyful, on Easter Sunday, knowing that our savior has defeated the sin and death and sorrow of this world and has thrown open the gates of heaven for those who turn to him and love him with their whole hearts.

It's our choice.   And we can only pray that we'll make the right one.
Posted by Cammie Diane at 11:08 PM