"Get me Mommy..." Words You Don't Want to Hear During Communion...

I woke up this morning to Sadie trying to wake Mae Bae up to play with her. After convincing her for about 15 minutes to leave her little sister alone Mae Bae finally sat up, crawled a few feet and collapsed with her head on my stomach.  Sadie looked at her sister and said:  "Is Mae Bae alive?  Is Mae Bae breathing?" Yes, Mae Bae is just getting up slowly because she just woke up, possibly out of a deep sleep because of all the noise and wiggling that was going on in the room... 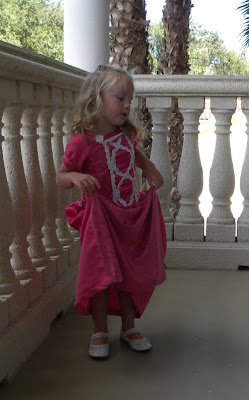 Anyways, we survived up until it was time to go up for communion when I began to move forward, hoping to go up with Paul, who was sitting at the end of the back row.  Usually a few of the families will do this, with the wives and children who've been in the back coming up so they can receive with their husbands (especially if there are a couple of young children who can't be left alone in the pew, who need to be wrangled).  Not everyone does it, but some do.

I was slightly amused when the six retirees in his row (who I don't think attend our parish) quickly rushed out behind Paul to cut us off (in a rather funny "hurry-or-they-might-get-in-front-of-us" sort of way... although maybe they really just didn't notice us and they were just super enthusiastic to get in line, or maybe they didn't realize that we were with Paul...), leaving me with Sadie and a Mae who was just starting to fuss.  I bounced Mae up and down and clutched Sadie's hand and hoped that insanity wasn't about to ensue. 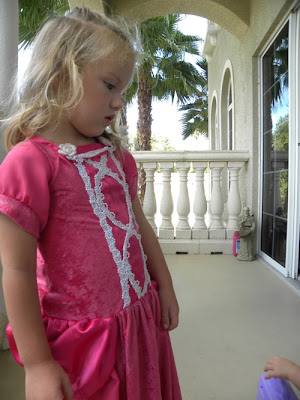 It was too much to hope for.  The girls held it together until we were kneeling at the last kneeler and the priest was about two people down from us.  Paul had turned as he walked back to sit down and had seen Sadie and realized that trouble was brewing (she must have just had that sort of a look, and despite my best efforts I know that I probably did).  I tried to send her over to Daddy, something that she's perfectly capable of doing.  She stood up, as if to walk to him and then ran around behind me while saying "Get me Mommy!  Get me!" in a normal voice, which felt very loud in the silent chapel.

Somehow I managed to grab her, tuck her under my arm while kneeling where she thankfully stayed quietly, received the Eucharist, and dragged them both to the back of chapel while realizing that you really do have to have a sense of humor to be a mom, or you'll just go crazy.  I think next week Paul will come back so we can all go up together hopefully without mishap.

Then again, I never know what they're going to come up with... it's always a different plot to liven things up when they think it's just a little too quiet.
Posted by Cammie Diane at 8:11 AM