The Miscarriage: Finally Getting Some Answers... 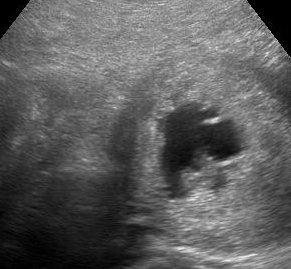 Finally.  We are beginning to get some answers.

I went to the NFP OB today.  She's really busy, and I had heard hard to get into, so I was thrilled when she called and said she could get me in this week.  I finished my antibiotics three days ago, and two days ago started feeling exhausted again... but for the most part things have begun to get back to normal, and I was wondering if the miscarriage really was over.

I hadn't had an "incident" (my code word for the periodic hemorrhaging incidents that have occurred throughout the last two weeks) since Saturday, although the estrogen hadn't completely done the job it was supposed to be doing and as of now, two months and a week after the miscarriage, I am still spotting.  I'd even taken another pregnancy test earlier this week and gotten a very faint positive.

As I left I was relieved to know I would finally be getting some answers.

Paul had class, so the girls got to tag along during the appointment.  With a bag full of books, toys and snacks I hoped we could stave off disaster.  I was a bit nervous about how they would handle being in a doctor's office though, since neither one particularly likes going to the doctor.  Disaster averted.  They sat and ate their snacks.

I told the doctor I would feel better hearing her answer, whatever it was, because I knew that she wouldn't be the type to prescribe me estrogen for every single imaginable ailment ("You have allergies?  A toothache? Here have some birth control pills!").

It took the doctor all of thirty seconds doing an ultrasound to announce that the bleeding wouldn't have stopped with the estrogen.  Because my uterus is still full of remains from the miscarriage (Yuck.  Nine weeks later.  How unhealthy is that.).  She showed me the picture on the ultrasound and then continued to look around.

So....  I wasn't crazy.  It wasn't just "psychological" pain as Dr. H suggested.  The doctor continued and explained that the dose of estrogen I'd been given wouldn't have stopped the bleeding anyway, because it was such a low dose.  She was very surprised he'd prescribed it.  I am somewhat less surprised.  I think the "good doctor" had decided the problem was all in my head and he gave me the birth control pills that he knew I didn't want as a placebo, thinking that would end the whole thing.  Instead, it slowed the bleeding, and didn't address the actual problem at all.

The new doctor explained "the plan" to me.  I'm to take misoprostol, which is a drug traditionally used for ulcers, but that's also used to cause contractions after a miscarriage (it's also unfortunately used in abortions), for five days to see if that can take care of the problem.  I go back in on Tuesday for another ultrasound and if that doesn't work, we're going to go ahead with a D&C.

I have to say, I am wondering what the next few days will be like... it can't be worse than what has already happened (I found this site, in which one mom describes her experience with the drug)... and at least it will be over.

I'm still kind of relieved at the moment, to have some answers that didn't send the message: you just must be crazy!

Now I just need to get through the next few days...
Posted by Cammie Diane at 5:20 PM