I've been a little more excited to cook lately.  We finally got to go food shopping and were actually able to buy meat, so I've been doing more than coming up with different variations on rice, beans, lentils and peas.  However I didn't quite think things through when I was making my Lunch and Dinner lists for the week... so when Paul got home the first night after shopping and asked what was for dinner I proudly showed him this pie (with my first ever homemade pie crust).  When he asked what was in it and I said: "beef and beans" he did a fair job of not looking disappointed (and he didn't say:  "I've been eating beans for two months and we finally go shopping and we're still eating beans!" which must have gone through his head!).  But I suddenly realized... I might want to lay of the beans for a little while.  However, everyone agreed, this taco themed pie was delicious! 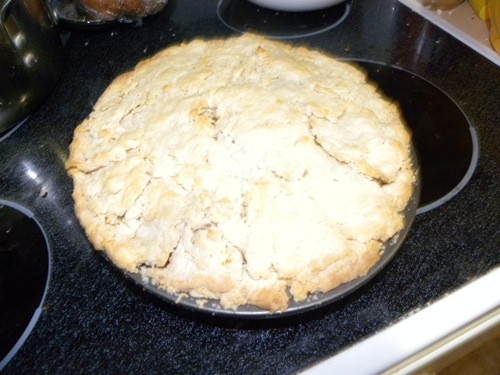 The next day I used some of the frozen chicken I had cooked in the crockpot and then shredded to make this apricot chicken dish.  It used apricot preserves and cashews and is now a family favorite.  Then again, it wasn't all that hard to top the last few weeks...  They were just thrilled that there wasn't a bean in sight! 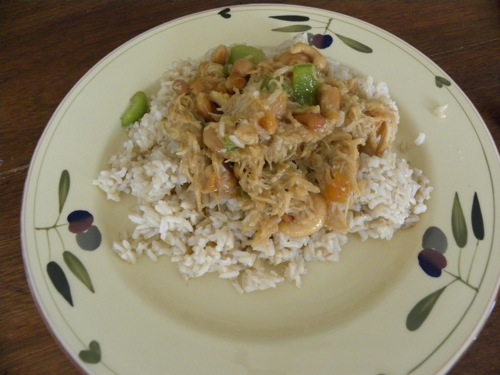 This was the night that I went all out.  We bought a steak!  I stuffed it a mixture of sauteed mushrooms (in olive oil), spinach and blue cheese.  I took the leftover spinach filling and mixed it with whipped cream and a few other ingredients to make creamed spinach as a side! 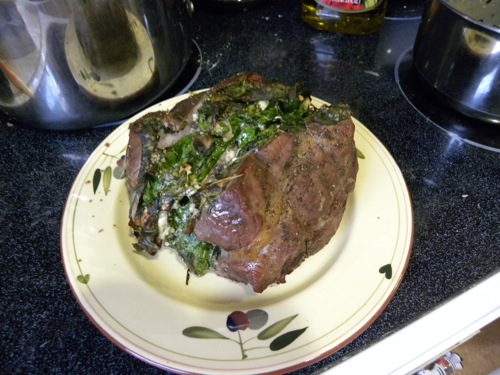 On Friday I made Shrimp Bisque before leaving for my doctor's appointment.  Here's the final picture: 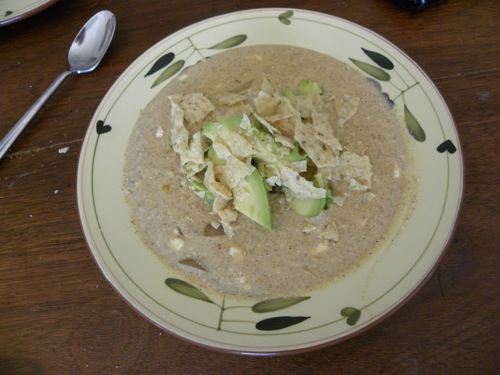 Today was a day for leftovers.  However I did decide to make this appetizer for everyone to snack on (particularly since Paul goes to work in the early afternoon and misses dinner).  I was particularly happy with it since I'd baked the bread bowl from wheat bread a few nights earlier.  I think I'll post the recipe for this one soon! 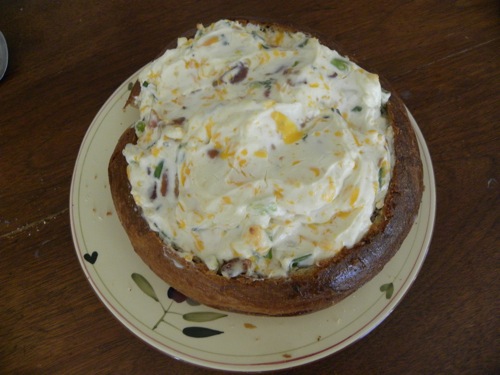