And the Diagnosis is... 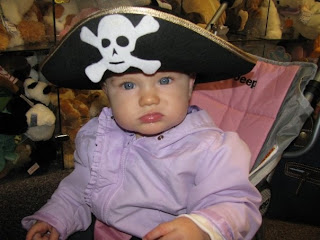 ...something like Lactational Amenorrhea... but with anovulatory cycles, instead of an absence of cycles altogether.

Amelia (who has some great recipe's you might be interested on her Gluten free blog) made that suggestion yesterday and when I went in and began talking with my doctor she agreed that she believes that this is exactly what is going on.

Basically because I was 14 weeks along when I miscarried and then had another 11 weeks of retained "debris" with positive pregnancy tests, my body has something like 25 weeks of pregnancy hormones.  When I'm pregnant my milk supply does dip dramatically, after the D&C I did notice that it went back to normal (toddler normal, so nothing dramatic, but there was a definite increase).  So...  it look like this means that my body think that I'm nursing a newborn right now (or is just really confused about what's going on) and we've gone into anovulatory cycles as a result (maybe because the toddler doesn't nurse enough to completely stop everything?).

It will be kind of interesting to see how long this lasts since we don't even come close to meeting any of the criteria for ecological breastfeeding (obviously) at this point.  She nurses 1-2 times a day, in the morning and sometimes at night.  She still sleeps with a pacifier in a crib (this could be it's own post... we co-slept with Sadie... I expected to co-sleep with Mae.  Mae was not having it.  Mae needs her space.  And she needs a lot of it.).  In the past nursing has meant exactly 6 months of non-fertile time.  We are planning to wean in... around 6 months... although I'd imagine it won't last that long with the serious lack of nursing time.  I wouldn't think nursing 20 minutes a day would prevent ovulation for too long.

My poor General Practioner.  I like her a lot, but I know my teariness on the subject makes her uncomfortable!  She's a very stoic woman with a strong Eastern European accent.  She asked me when my OB had said we were okay to try again and I told her that I'd been to sooner is better. Her response was that that put a lot of pressure on me, but that the cardiology report says that I'm as "healthy as a horse" and that she think the biggest problem is (surprise, surprise) anxiety from the whole experience.  She said she'd really like to prescribe me Xanax, but that that wouldn't be a good idea since my cycles might restart at any time.

Anyways, some time in the midst of this conversation I burst into tears and started sobbing hysterically (talk of the miscarriage in person does this to me... this likely confirmed her thoughts on the whole "anxiety about the miscarriage" thing).  I would have laughed when she said "You American women and crying..." if I hadn't been crying.

I am glad we found her, because she actually seems to have a firm grasp on how women's bodies work and that we can actually know things about them and our cycles.  When I said I've had two anovulatory cycles she didn't say:  "How can you possibly know that?"  She just nodded and made a note of it.  That's refreshing and I do feel blessed to have an OB and a GP that both understand how women's bodies work!

I am still getting blood work to check my thyroid, but she seems to think that everything, include the resting heart rate of 100-ish, is the result of stress from the miscarriage.

And so I guess now we wait and see.  At least she seemed to think that this should be very temporary.

I am ready to skip the next... oh... four or so weeks...  talk about anxiety.. I'm really dreading February 7th (the due date).  I'd like to fast forward past it... a couple of weeks.  I will just have to make sure we stay really, really busy that day...
Posted by Cammie Diane at 9:07 AM