We finally got around to buying batteries for Sadie's sewing machine yesterday.  When I opened my embroidery machine she saw it and instantly asked if she could "try it out."  A few seconds later I saw her eyes widen as she remembered and said:  "Where's my sewing machine!"  It had been hiding in my sewing room, because I never seemed to remember to buy the enormous D batteries it takes.  So Paul picked some up after Mass and we finally found a screw driver that would open the battery cover and then Sadie was off and sewing.  She picked the fabric from a pile of felt that I have (Surprise!  She chose pink!) and I helped guide the fabric from the back, while she worked the peddle and guided it from the front.

We did learn that she has a lead foot. 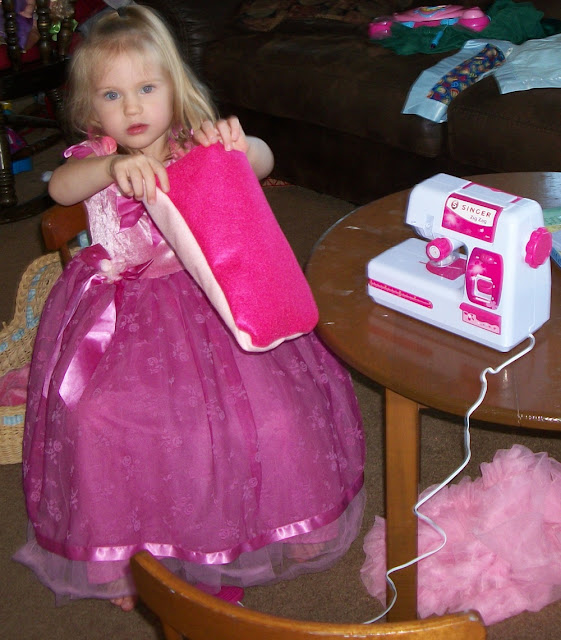 She kept trying to wear it like a hat, or use it as a puppet, while avoiding all pictures!

Do now I think we'll be doing a daily sewing lesson while Mae is asleep. 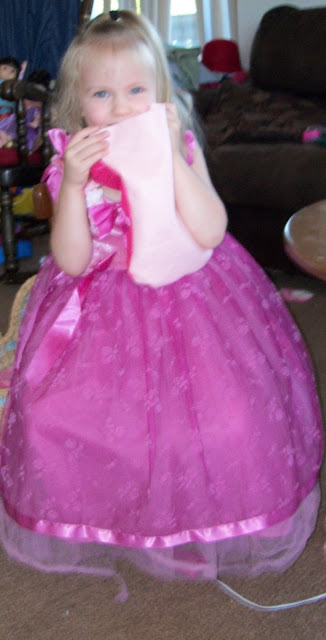 Mae, the climber, also seems determined to sew.  She climbed up on the table in the dining room when I was in the kitchen getting ready for lunch and sat next to my sewing machine.  Then she found a spool of thread and attempted to put it on the machine (correctly), while fiddling with the hand crank.  That climbing incident motivated me to organize my shelf and get all the sewing machines into the bedroom!
Posted by Cammie Diane at 7:15 AM