A order arrived from Amazon today.  I've been thinking of doing a post about the item I'm holding... but first I thought I'd see if anyone could tell what it was I'm holding (or wanted to hazard a guess). 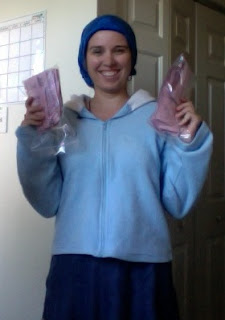 But I will make you guys a deal.  If it works out and I don't have to use many of these, I'll do a giveaway with the remainders.  I have no reason to think I will be doing that anytime soon, and plenty of reasons to think I won't, but a girl can dream, can't she?

And in my dream world I'll be giving away most of them.

It took me a few tries to get a picture because someone kept butting in. 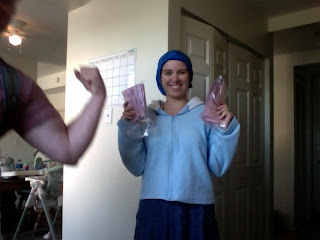 And for those who don't figure it out, I will do another post, tomorrow!
Posted by Cammie Diane at 3:12 PM