On Shyness and Snobbery 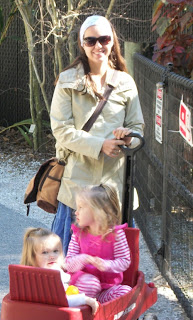 I’m shy.  It’s probably hard to tell from reading my blog because, sitting when I'm alone in a room typing a post (or watching my little ballerina dance along to a ballet DVD) I share a lot of details about our lives.  But face to face, in person (and particularly in groups) I’m incredibly introverted.

In college I spent a lot of time trying my level best not to be shy.  I tried to be someone who preferred to go out with friends over sitting at home with a good book… but it never really took.  It was an enormous effort.  It just wasn’t who I was.  It was an exhausting act, and it took quite a lot of energy to play the part.

But, still I tried, partly because I knew the label that shyness could easily earn me:  Snob.  It was an insult I’ve heard not infrequently throughout my life, as shyness is often misinterpreted as some sort of superiority by people who didn't know me, and who, for whatever reason, decide that my general quietness must come from the worst possible motive.  My silence must mean that I think that I’m so super-special and as a result I just don’t want to talk to people (or some-such rather skewed logic... as is often the case when we go out looking for the worst in people).

Of course, the shyness melts away pretty quickly when I’m one on one with someone.  Or even in small groups where I know everyone.  But it takes more than five minutes to get to know someone that well, and in that amount of time the label can be given and can stick.

One of the key differences between introverts and extroverts is how they recharge.  An extrovert is energized by being around people.  An introvert is energized by being alone.  And to be honest, I’ve needed a ridiculous amount of time to recharge these past five months (just think... five months... a move across the country and five trips to the hospital) and to just process everything that’s happened. 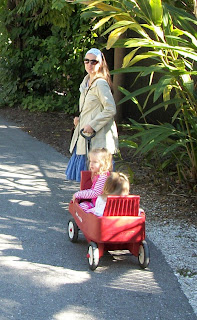 I must admit that I’ve grown more comfortable and secure in my introverted nature in the past six years.  I’ve realized that I don’t have to pretend to be someone that I’m not, and that it’s okay to be quiet when I don’t have something that needs to be said.

However, I've also realized, lately, that wearing dresses and headcoverings probably doesn't help the “snob” situation.  Not only am I quiet… not only do I keep to myself… but now I stand out like a sour thumb.  It’s easy to make assumptions about both the headcoverings and the dresses.  It can, apparently, lead people to wonder if I think I’m “better than everyone else” (By the way, the answer is a very adamant No!!!!).

I’ve written extensively about my odd choices, but to elaborate here, I cover my head for a variety of reasons, the foremost of which (in my everyday life), is that it reminds me to pray more often.  The skirts are, in a very similar way, a personal reminder of my vocation, and a reminder to embrace my femininity.  If these choices show anything it’s that I may need more reminders throughout the day than others do of what I should be doing.

So if you know me (or know someone who’s shy, and let’s face it, you probably do!) try not to assume that my quietness means that I dislike you, or that it’s meant as an insult… it really just means that I don’t know you well enough yet to be totally at ease, and so I remain reserved.  And hopefully that's not a crime... right?
Posted by Cammie Diane at 2:20 PM