On a Different Note... 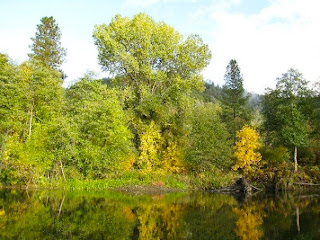 This is a little different than what I usually write about, but the area in question is near and dear to my heart, and the topic shows the craziness of over the top government regulation.

This clip below about the county that I grew up in (if you watch the entire three minutes it gives statistics at the end about the various industries that have collapsed and the unemployment rate which stands at 20%). The same agency in this clip, that's been harassing farmers over tiny streams, refuses to do anything about the massive environmental damage that's being done in a neighboring county by pot growers.

One state congressman's aid that I heard speak before we moved had questioned people at the agency and were told that they weren't doing anything about the complete destruction of the forest (think bulldozers and no sewage disposal, alongside what is basically becoming a small city of people) because the people there "have guns."  The ranchers likely have guns too.  But the ranchers don't begin firing their guns in the air whenever government officials show up.  The growers do.  I have a feeling that if the ranchers were acting the way the growers were, the outcome wouldn't be the same and the government would crack down hard on them. 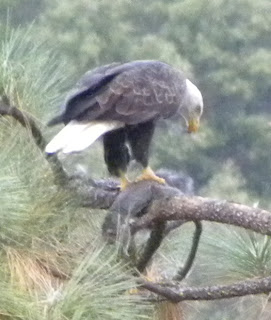 Over the years I've seen some amazingly bad environmental decisions being made when they're being made by people across the country who don't have an understanding of the eco-system they're supposedly "protecting."  The most disturbing for me was the injunction that was granted against land owners so that they wouldn't be able to log the timber that was burnt after a fire.  This meant that went another forest fire swept through a few years later the dry trees were still standing there, perfect kindling for the flames.

Or, on a smaller level, each year it was upsetting to see the geese and ducks lay their eggs along the river in spring near my family's home.  Then they'd decide thousands of miles away whether it was a dry year or a wet year and artificially flood the river to recreate what they believe would have happened if the dam hadn't been there.  I have a feeling what would have happened naturally wouldn't have been tens of thousands of square feet of water rushing down all at once and destroying the nests of many of the birds.

I'm all for being good stewards of the land we've been entrusted with.  However I haven't seen many good decisions being handed down from people who have no understanding of the places they're making decisions about.

Anyways, here's the clip on the power struggle going on in Northern California:

Email ThisBlogThis!Share to TwitterShare to FacebookShare to Pinterest
Labels: The Environment