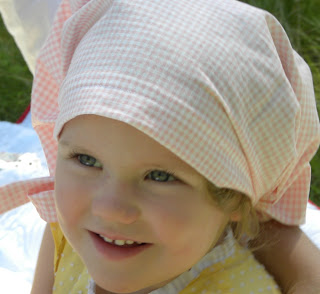 I have really good news.

Okay, not as good as a positive pregnancy test, but still, pretty good.

After the miscarriage we had a couple thousand dollars in medical bills after our insurance paid what they were billed for.  The rest would have been covered by our insurance, but the various groups refused to accept it, and so we ended up with quite a bit to pay.  I put the first thousand on our credit card somewhat begrudgingly.  That covered pathology and radiology, (and that's where the balance remains, although hopefully I'll be able to pay it off sooner rather than later).  I was annoyed that they'd charged me to test my whether I was RH negative, when I told them that I was not when they asked.  I was also annoyed that they insisted on taking the baby, running a ton of tests when I told them not to, and then charged me $300 for finding absolutely nothing out, before returning the body in a taped up cardboard box.  But we paid. 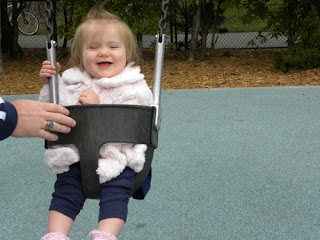 However, I was absolutely not willing to pay for the treatment I received for something like 15 minutes with two PA's that added up to a whopping $1600.  I'm sorry but they each talked to me for five minutes, did one quick exam each (two separate trips) and said there was nothing going on yet, and then left me in a room where I delivered at 14 weeks by myself while everyone ignored my cries for help (if you're new, the story of what happened this last fall is here).  One nurse that came in to try and help was stopped by another nurse and I heard her tell him she would be in there in a few minutes (didn't happen though).  I had a major problem paying for that.

But the very idea of fighting the hospital over it made me sick.  In fact, driving by the hospital would make me feel panicky.  And it didn't help that the hospital has signs plastered all over this town and commercials on the airwaves talking about how wonderful they are.  I let my Dad and Paul take care of it, and the payment company launched an investigation.  I wrote up the story of the trip itself and they said a doctor looked at it and it was reviewed and that we had to pay.  A collection agency began to call. 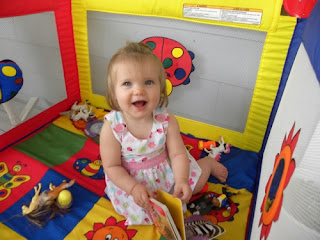 One night I took a deep breath and started writing out everything that had happened.  Three months of incidents.  It was hard.  I was incredibly thankful for this blog because I'd written much of what happened here as it happened.  I had exact dates for every problem, doctor's appointment and complication.  I cut and pasted a lot.  And in the end I had around 11 pages (I thought it was 20... but I went back and looked and it wasn't quite that long) of single spaced words, that described the entire process, up to the present.

Paul took it in while I waited in the car with the girls in the hospital parking lot, trying not to be upset by my proximity to that building.  About twenty minutes later, Paul came out.  Apparently the first woman to read it had begun shaking and rushed to give it to someone else.

A few hours later we were informed by the hospital that an investigation was being launched and that while it could take some time, they would try to do it within 30 days.  Today, which is just about 30 days later, we received a letter.

I was very nervous opening it.  I'm usually pretty optimistic, but this situation has been nothing but bad, and I wouldn't have been surprised to have more negative news. 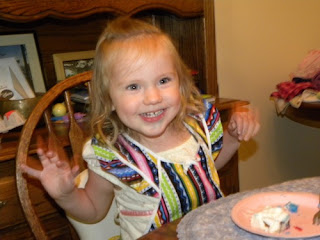 The first page of typed words told me they were sorry that I was dissatisfied with my experience.  I was pretty sure they were going to tell us to pay up, by the way the letter was headed.  They went over what happened.  And then...

They informed us that the people that had made the mistakes had not worked for the hospital.  They were contract workers.  And that they wouldn't be bothering us anymore, because our unpaid debt had been erased.  I had to read it twice before the words actually registered.  Then Paul read it too, noting the emphasis on "not our employees."

So I'm pretty excited.  I was thinking of having a super sale on my stores to try to pay it off, if the letter had read differently, with a "hospital" etsy coupon.  What a relief!  And an answered prayer!
Posted by Cammie Diane at 6:49 PM