I snapped these pictures as we were waiting for Paul to bring the car around to load the kids in... while we were running late for Mass.  Somehow our first Sunday with a new baby inevitably means that we're late for Mass that week.  I never quite get my timing down the first week.  Next week promises to be better.

As a side note, not feeling faint during Mass was pretty amazing (not being sick for the first time in weeks was pretty great too!  I think it had been a month since I'd attended Mass between the illnesses and then having Patrick!).  It was so good to be back!

Before we left for Mass, Mae spotted Patrick in his car seat.  She went over and knelt down next to him and kissed him about a dozen times.  Then she got up and stood in front of the car seat and started to dance. 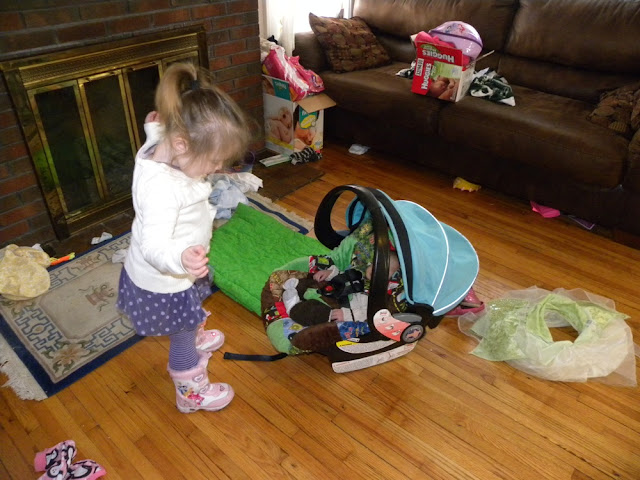 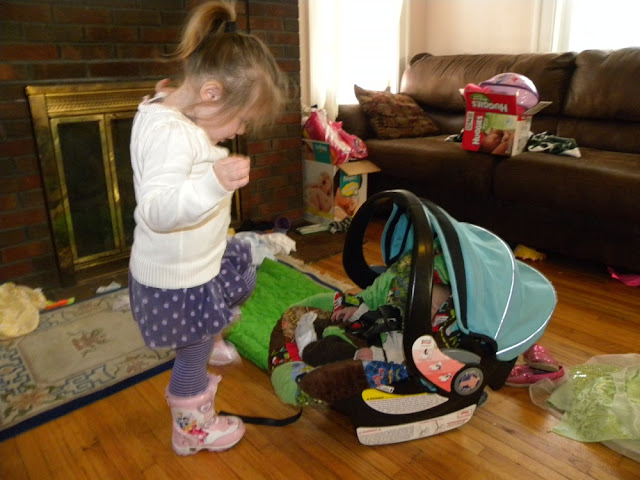 And I'm not exactly sure what this dance move is... 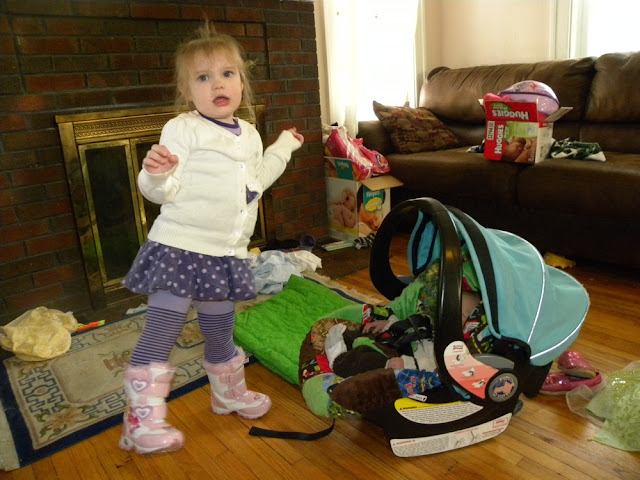 I know I talked about it a bit yesterday, but I'm really amazed at what a "big sister" she's suddenly become.  She's just so enchanted with him!
Posted by Cammie Diane at 6:30 AM