I was pretty happy last night when, shortly after my last post, my water broke on its own.  My doctor came into the room about 15 minutes later to break it, so the timing couldn't have been better.

The contractions were about 4 minutes apart after that and I'm up walking around in the halls and (at the moment) bouncing on my birthing ball.  I even managed to sleep quite a bit last night.  The pain is definitely still manageable, which brings me to a conversation with Paul yesterday, while walking around Macy's (the mall has been a major center of walking for me since it's been so cold outside!  It's in the 20s right now!  And while I love the cold the coughing fits don't help my progress!).

Me:  "Oh.  There's another contraction.  What was that?  Two minutes and thirty seconds since the last one?  Under three minutes now.  I just wish they really hurt.  If they hurt I'd know.  I'd know it was time to go to the hospital."
Paul:  (chuckles to himself)
Me:  "What?  What are you laughing?"
Paul:  "It's just that you've spent months listening to that lady telling you every single night, all night that labor isn't going to hurt.  And then you go into labor and it doesn't hurt and you're worrying about how it doesn't hurt enough."

Yeah... he's right.  I would put my current hypnobabies track on the computer and listen to it on a loop all night long.  And yet I find myself looking to how painful things are as a reflection of how they're going.

In other news, things are actually slowing down this morning and while I've already refused the epidural three times (since I've been admitted), but am realizing that I may lose the pitocin battle soon.  I've already refused pitocin once, but since the contractions have spaced themselves out (walking or not now) I think it's a battle I'm going to ultimately lose.

Ah well.  Sadie's labor was pitocin + no epidural (not by choice that time... the epidural caused her heart rate to plummet) and I survived.  At least this time I've spent time mentally preparing for non-medical pain relief.  Last time I was quite simply shocked that the epidural wasn't going to be an option.

Now, on to have this baby.  And to glare at Paul's back.  I do this when he's asleep and I'm awake (like he is at the moment).  I especially glare after hearing words like:  "I think you're looking at this as some kind of competition in suffering" followed by some words about why he needs more than the seven hours of sleep he just got last night.  I'm not particularly sympathetic to the varying levels of comfort on the recliner in the room (guys, word for the wise that's something you might not want to comment on while your wife is in labor...).

At least this blog post bought him another half hour of me not bugging him so I'll have someone to talk to.  I'm a little bit bored at the moment.  I guess I'll go search for more memes like this one (my favorite of this morning's search): 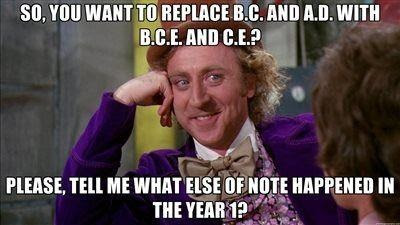