Sadie's become quite adventurous during ice skating.  It's hard to believe that four weeks ago she couldn't stand on her own and that today she skated across the entire rink and back to me on her own. 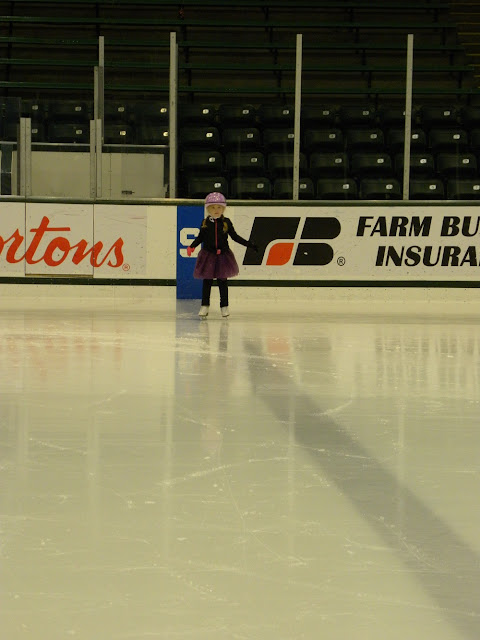 Our trips to the skating rink are pretty hilarious.  You see somehow over the course of the last few months, our little Spartan princess who wanted to name her brother "Sparty" has become rather interested in the Cornhuskers.  I think it might have something to do with our car breaking down in Nebraska this summer... and the fact that she watched the MSU/Nebraska game and liked their red uniforms.

Today on our way to the rink we walked passed the bus and van of whatever college hockey team was playing next, while the boys were unloading their gear.

Now what do you think our shy little wallflower did as I hurried her across the pavement, telling her we needed to hustle because we were running late?  She spotted one guy wearing an red-ish shirt and shouted:  "Hey guys, are you from Nebraska?" while we were about five feet away from the opposing team.

Then later, while I was untying her skates and putting on her shoes our team filed past her into the locker room.  I knew what she was thinking as she scanned their t-shirts and thought I might point out that this was "our team" before she started on the whole Nebraska thing again.

"Look Sadie, they all have Sparty on their shirts!  And their shirts are green!" I said as I pulled off an ice skate.

She sat, quietly and watched, her face lighting up as one of the last of the players walked by in an orange shirt.  Orange is apparently close enough to red to pass for Nebraska colors in Sadie's mind.
"Is the reason so many of them are wearing red because they're Nebraska?"

Yup.  That's exactly why one guy on the entire team was wearing orange in a sea of green.

On the way to the car I asked her where the whole Nebraska obsession came from and she said that it's because she was "a little bit naughty" in Nebraska when she climbed to the top of a very tall slide (she was... I had to climb up the thirty foot slide I'd told her not to climb up when she got scared and wouldn't climb back down...).  And because she wishes it was Nebraska playing... 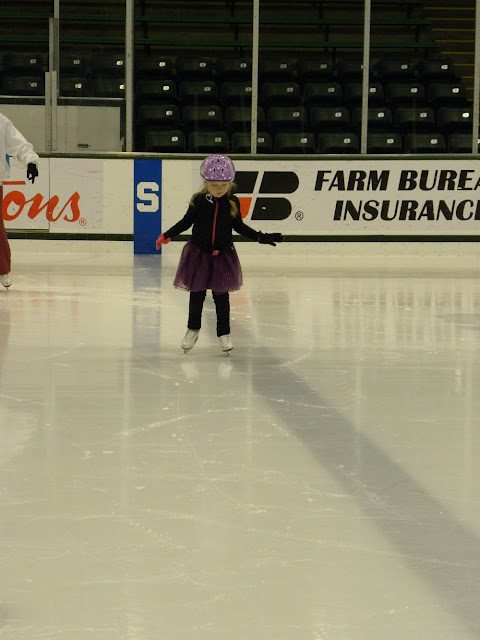 Then again she may have found a pretty good way to annoy her father... becoming a Cornhusker fan would not win her any points with her Dad!