This is a repost from last year when I for some reason came up with rather complicated ornaments and undertook making the Jesse Tree that I had pictured in my head when I read about Jesse Trees for the very first time.

At the moment I'm trying to figure out exactly where to hang mine to keep Mae from ripping both the tree and the ornaments down off the wall every single days (ten times a day I would wager) and making the whole thing rather painful as I rehang the tree and ornaments, over and over again.

After one month and around 70 hours of work my Jesse tree is starting to look finished!  I had bigger plans for the tree, with a border and pockets for the ornaments, but I think that will have to wait until next year.  I'd also really love to decorate the blue background with little felt angels, but again, with the beginning of the 24 days of the Jesse tree one day away, I'm going to be happy to get the velcro stuck on in time!

For those of you who've never heard of a Jesse Tree, it's a fun, centuries old devotion.  The Jesse Tree's name is inspired by Isaiah 11:1, which reads:
"But a shoot shall sprout from the stump of Jesse, and from his roots a bud shall blossom."

The ornaments on the Jesse Tree represent people in the Bible (mostly Old Testament until you get to the tip top of the tree) and are based on the traditional symbols that represent people in Jesus' family tree (according to the genealogy at the start of Matthew).  Other sites have other symbols, but I used the ones in my copy of The Catholic Home by Meredith Gould. 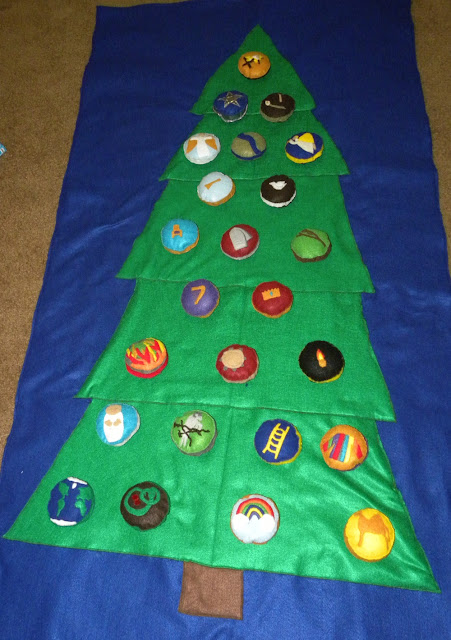 I made the tree itself last night.  As I began to cut it out I realized it had to be big to hold the gigantic ornaments I'd made.  When I made the pattern for the ornaments I traced a roll of duct tape on a piece of cardboard... so that's how big each ornament is (and they're each pretty thick too!).  Which meant that my Jesse Tree ended up being a tiny bit shorter than me (it's around five feet tall).

Now I just need to find a place for it to hang!

And since I spent the vast majority of those 70 hours making ornaments I just had to give you a closer look!  Here they are, in order: 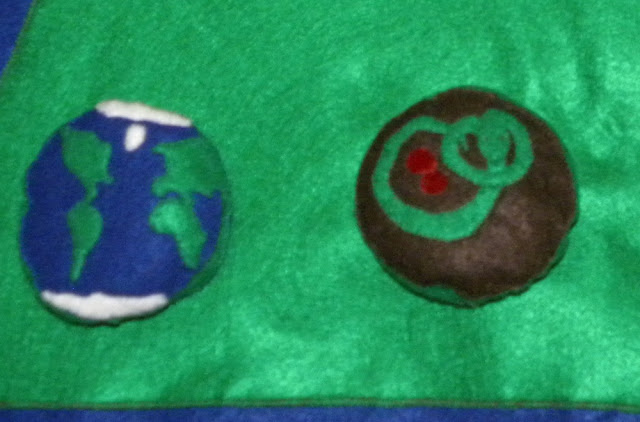 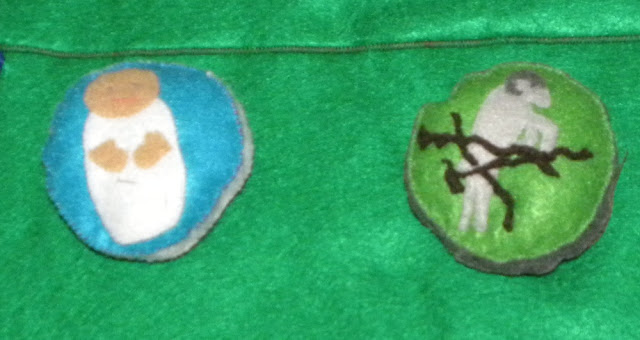 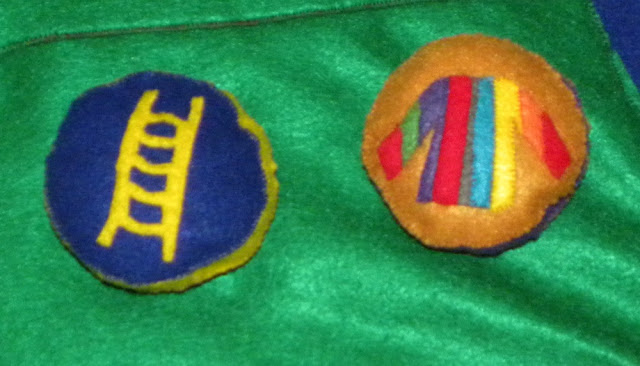 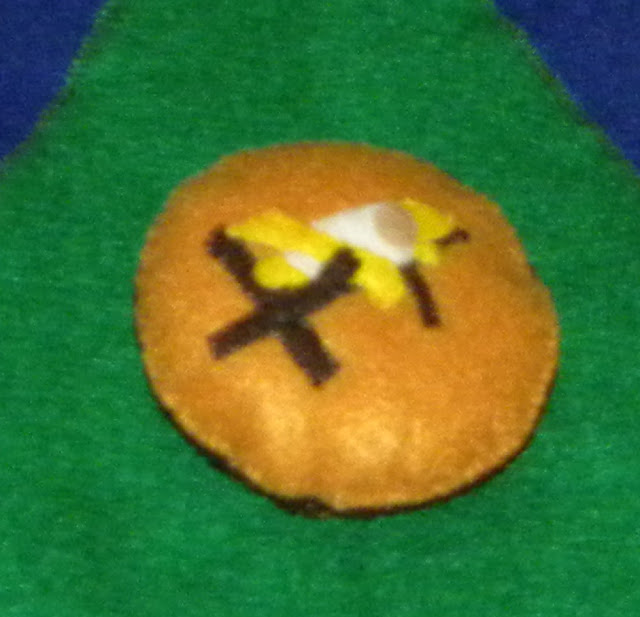 And that is my Jesse Tree.  If you're interested in making your own Catholic Icing has a printable coloring set!

Now I'm just really hoping that I put these up out of order and that the felt numbers that I carefully stitched on the back of each ornament aren't out of order!
Posted by Cammie Diane at 8:39 AM