7 Quick Takes Friday: The Most Awkward of All Family Photos...

I posted about this on the blog facebook page, but it really made my day and I thought it deserved it's own blog post mention.

As I've mentioned before, Mae strips down her bed every single time she walks into the room to find it made.  I actually gave up on making it months and months ago and was allowing her to sleep on the mattress, but apparently it bothered Sadie enough that Sadie kept "trying to make it nice" for her sister by making her bed for her, and inevitably Mae would spend bedtime stripping the bed until it was bare.
Lately Mae hadn't even wanted to sleep on the bed.  Since her ear infection she'd insisted on sleeping on the ground.

Yesterday I finally found the satin sheets that I'd bought a while back that had somehow gotten put off to the side and hidden under something else in the last few months.  Today, while Mae was at therapy, I slipped them onto her bed.

When Paul put Maggie to bed tonight I asked him what happened and he had no idea because she'd gone into her room and closed the door (which is kept open about an inch by the door monkey, which she actually really seems to appreciate now).  When I went in her room after she'd fallen asleep and peeked in, I found her in her bed with the sheets (and her favorite stuffed animals) still in place.

I almost did a little dance, but managed to contain my excitement rather than risk waking her up... but still!  I am very, very excited that we seem to have finally found sheets that she likes!

Maybe I can use the sheet that came with the set to make her a satin weighted blanket... 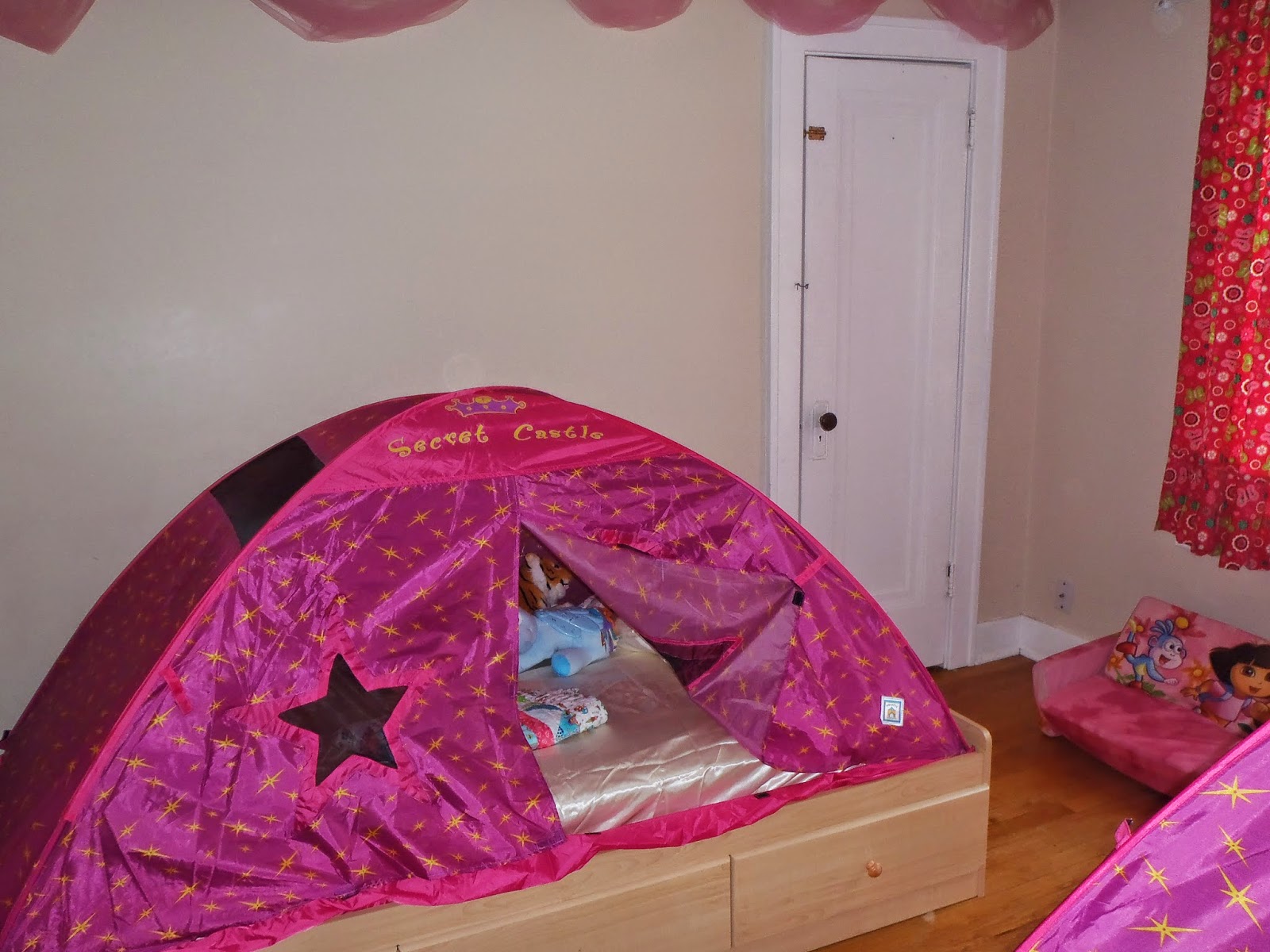 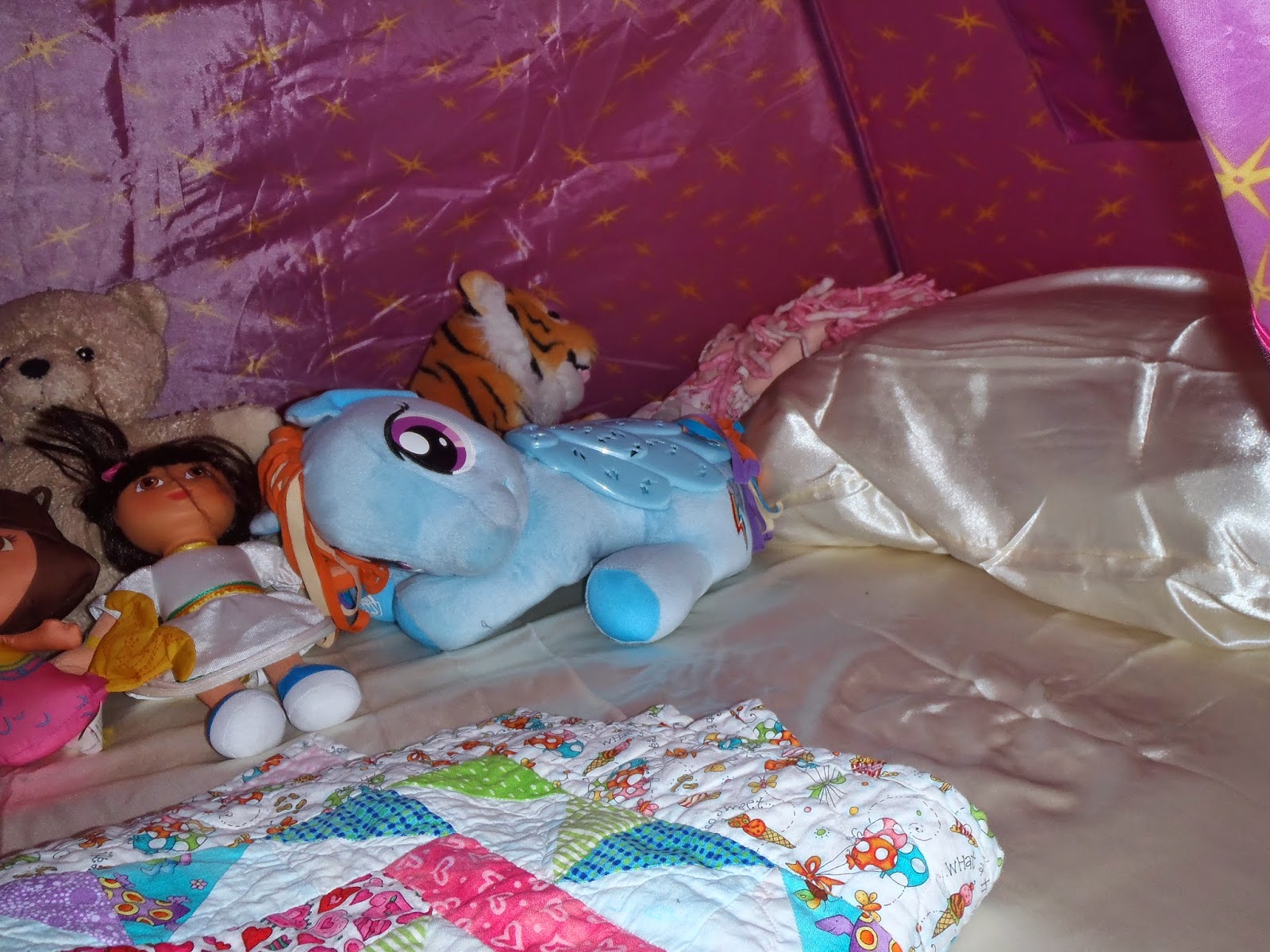 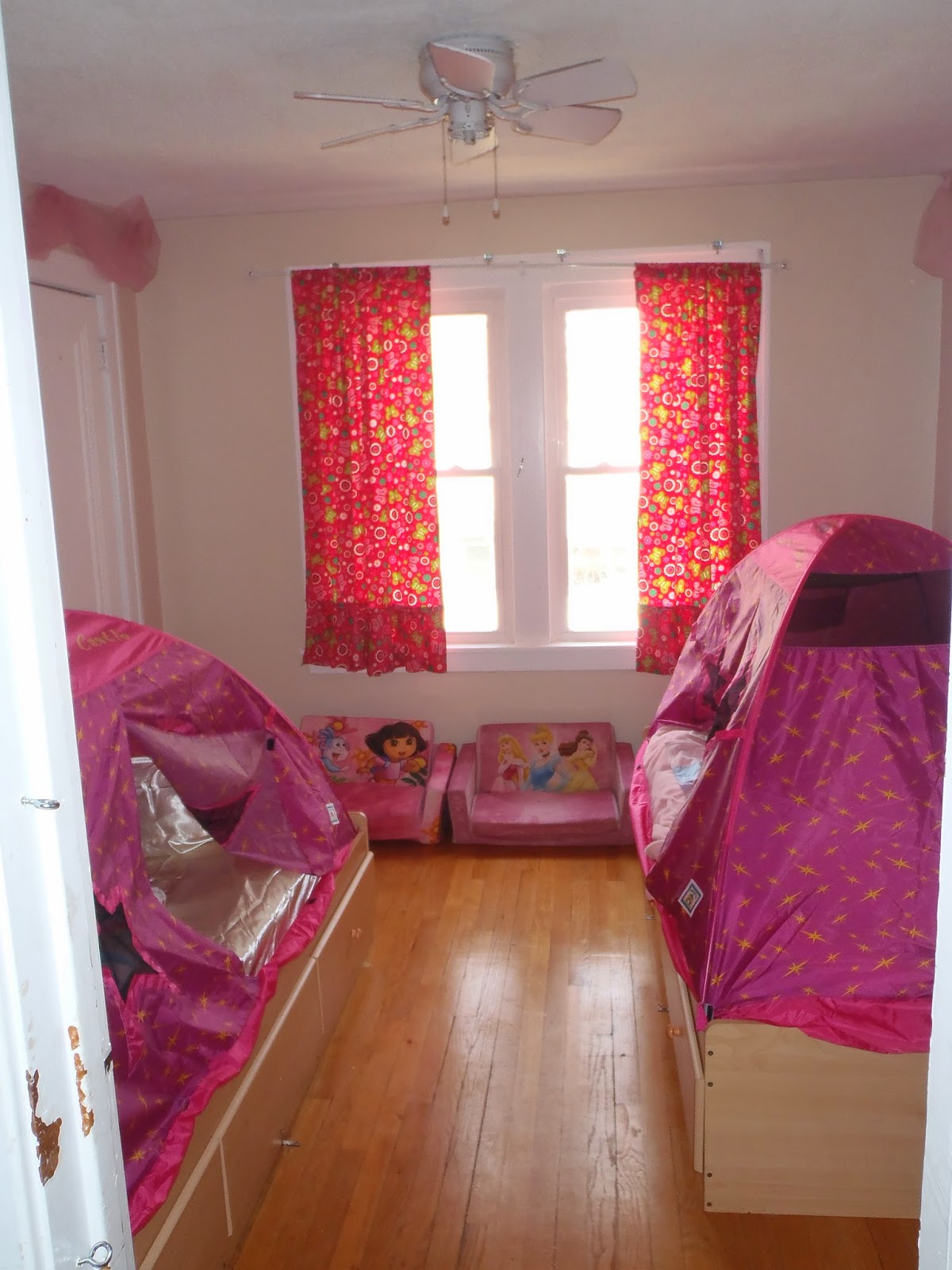 Yesterday Patch was showing off some of his words and so I grabbed my camera to document them... and he immediately fell silent and started blinking dramatically because he was attempting to thwart the flash that he imagined as coming...  It wasn't quite the video I had in mind... but he's so cute (in my biased mom opinion) that I had to share it:


And to give an example of what he was going for with all that blinking... here's an example.  I have so many pictures like this!  He stops for me and smiles and then when I press the button to take the picture... 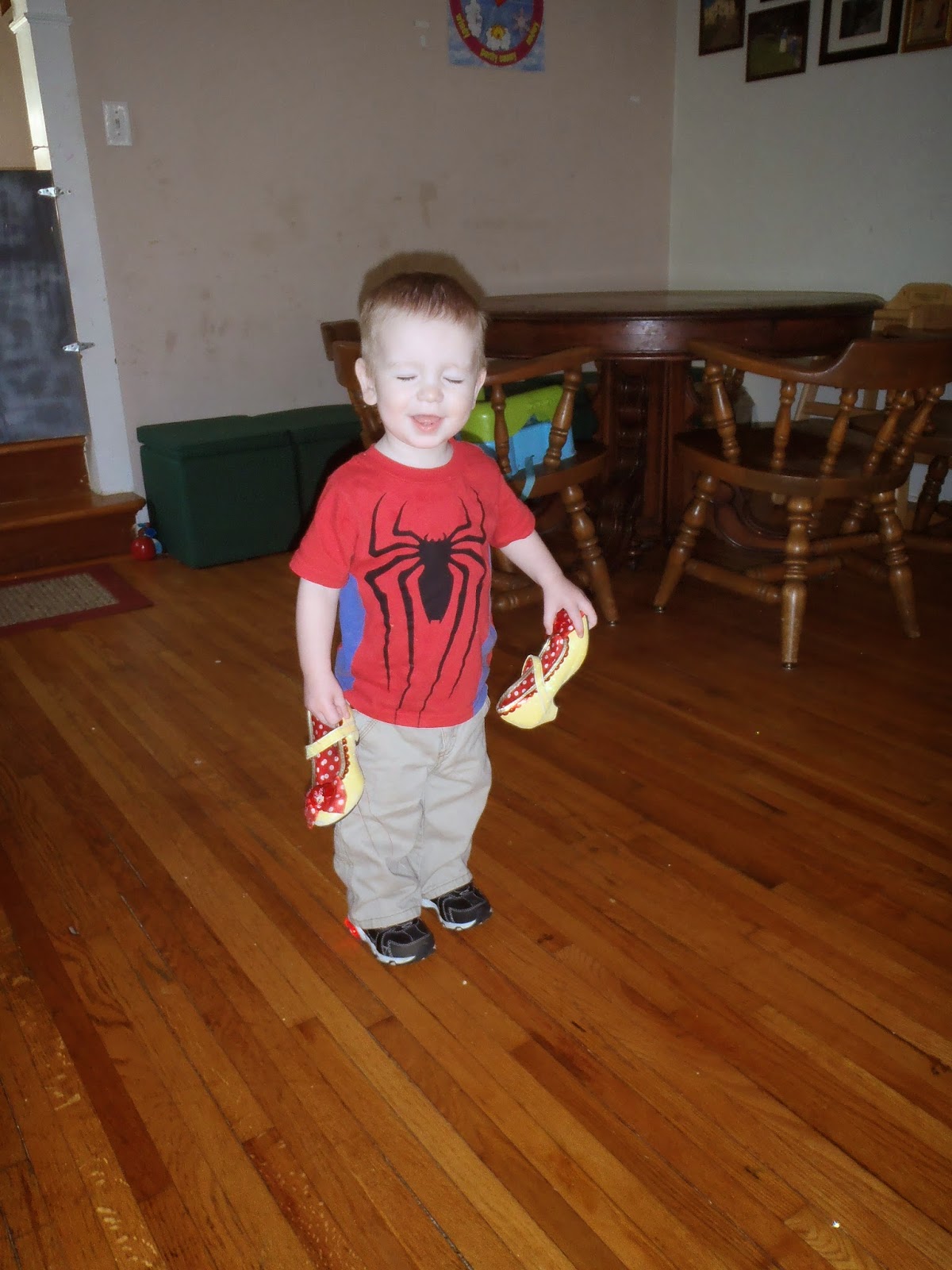 Yesterday one of Maggie's therapists invited Sadie to come to the center with Paul and Mae for Mae's Thursday therapy session and while I did hear from Paul that Sadie was a little too wild (she was so excited to get to see where her sister goes on Thursdays that she talked about nothing else for days...), he also said that Mae definitely seemed braver around everyone and more willing to go into the play room with all the other kids while her sister was there.

They are quite the team together. 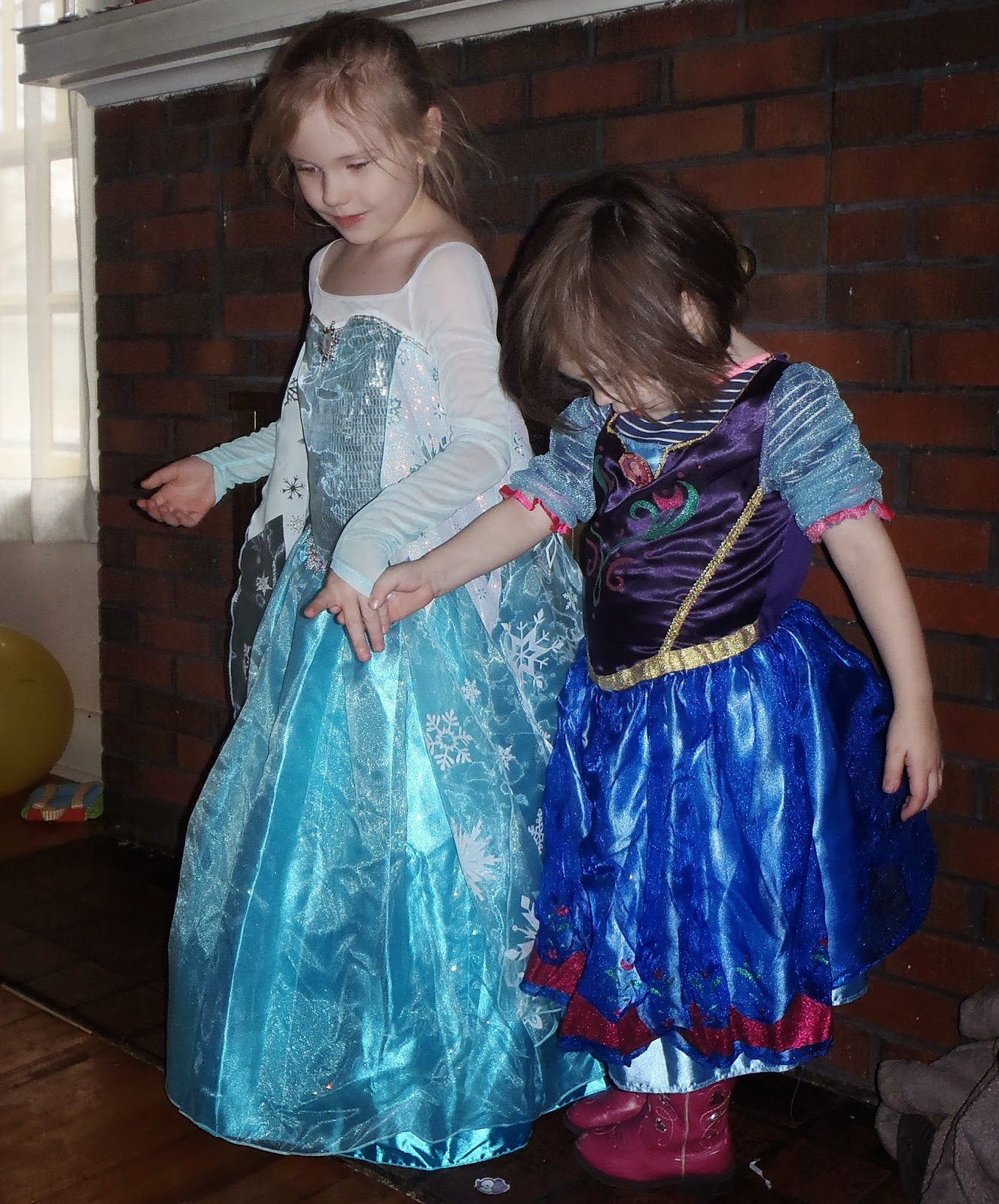 After months of being frozen and another month of still being pretty bundled, pretty much all the time, yesterday arrived and suddenly it felt like summer was here.  It smelled like summer, it felt like summer and the kids... they weren't quite sure what to do with the warmth.  I'm pretty sure I heard "it's so hot!" while we were taking some graduation pictures for Paul at least a dozen times yesterday! 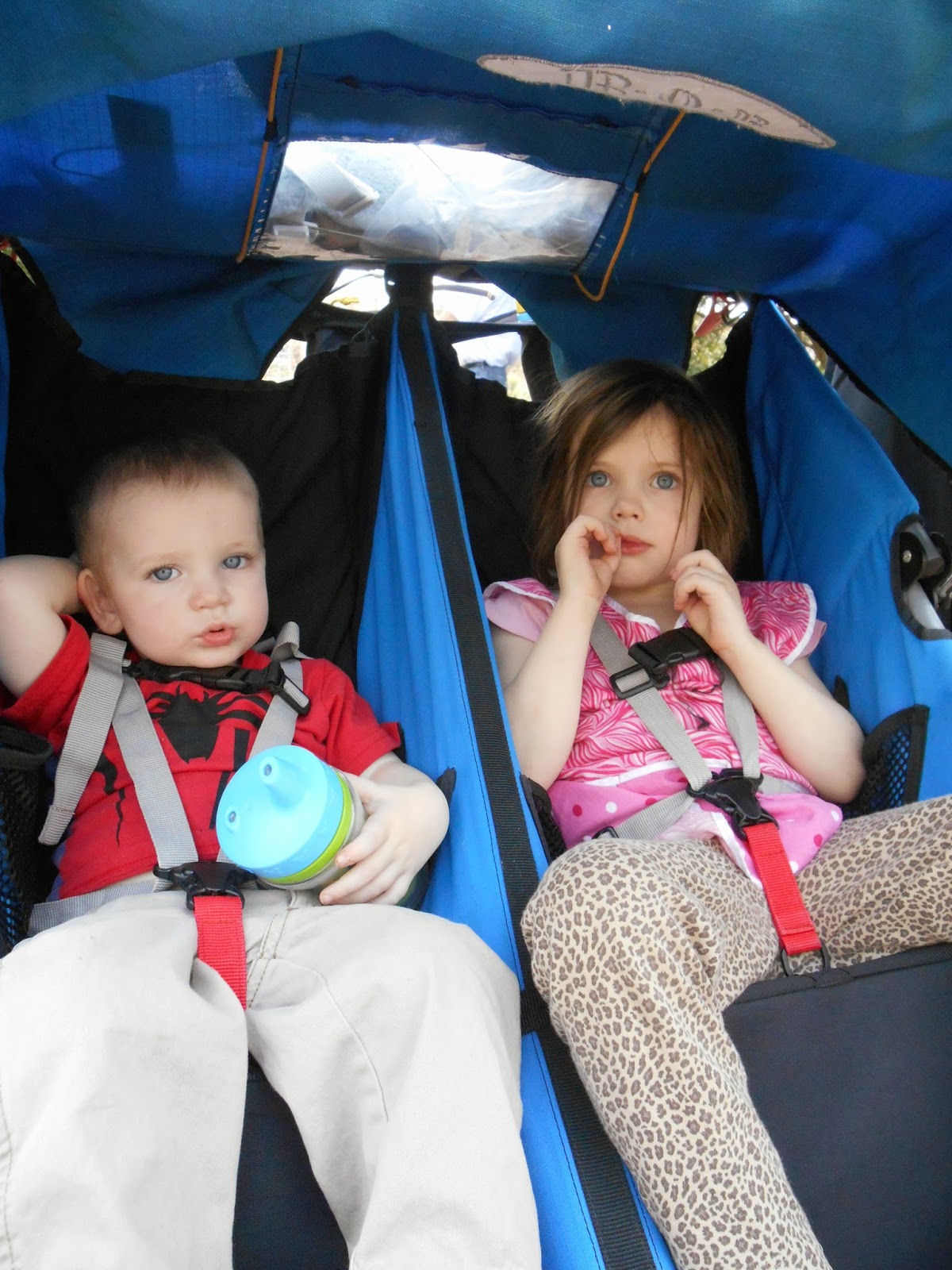 Of course this was the person complaining (the little one, not Paul!): 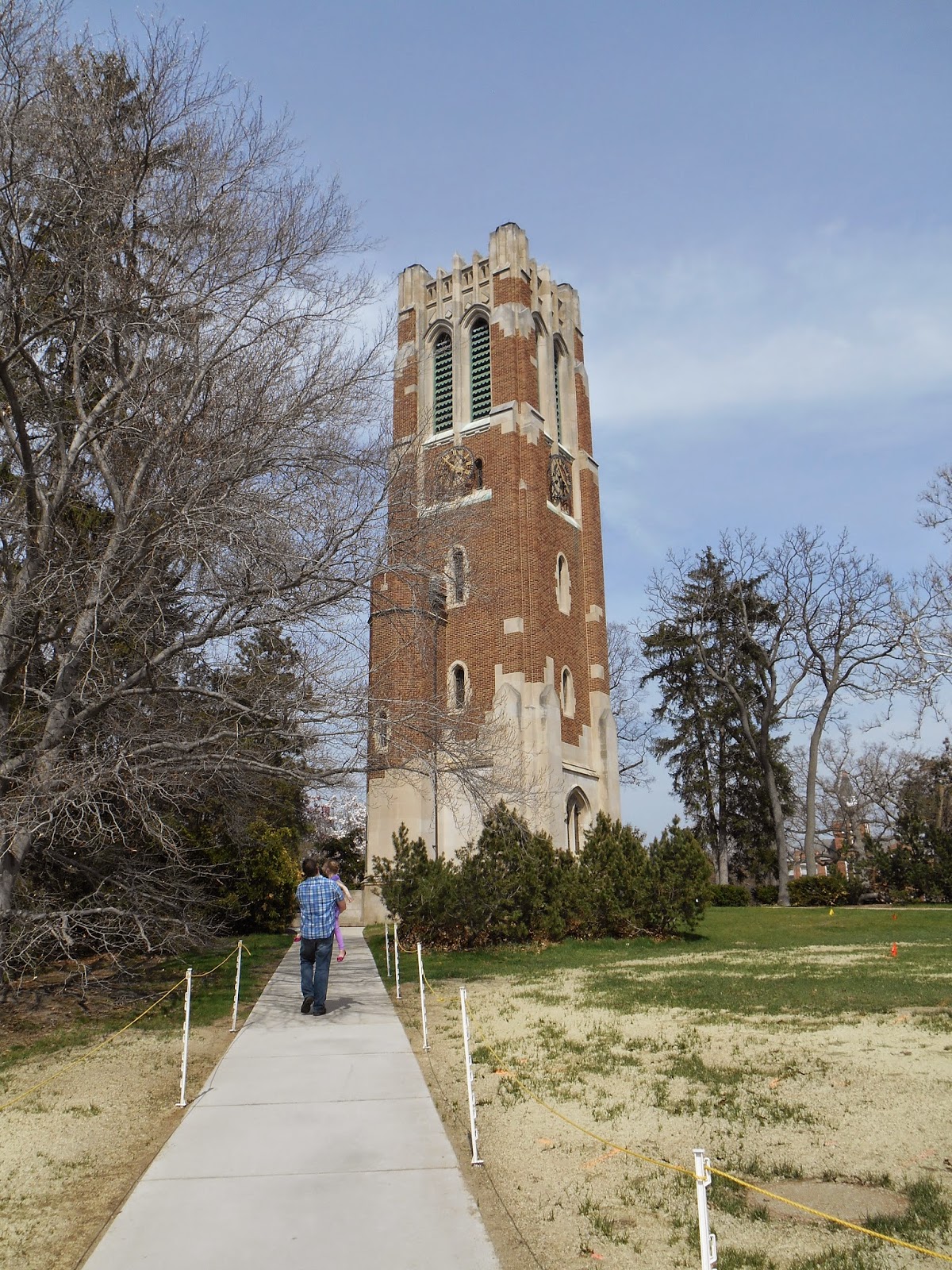 (and since it's hard to see who it is  in that picture at that size here's one more): 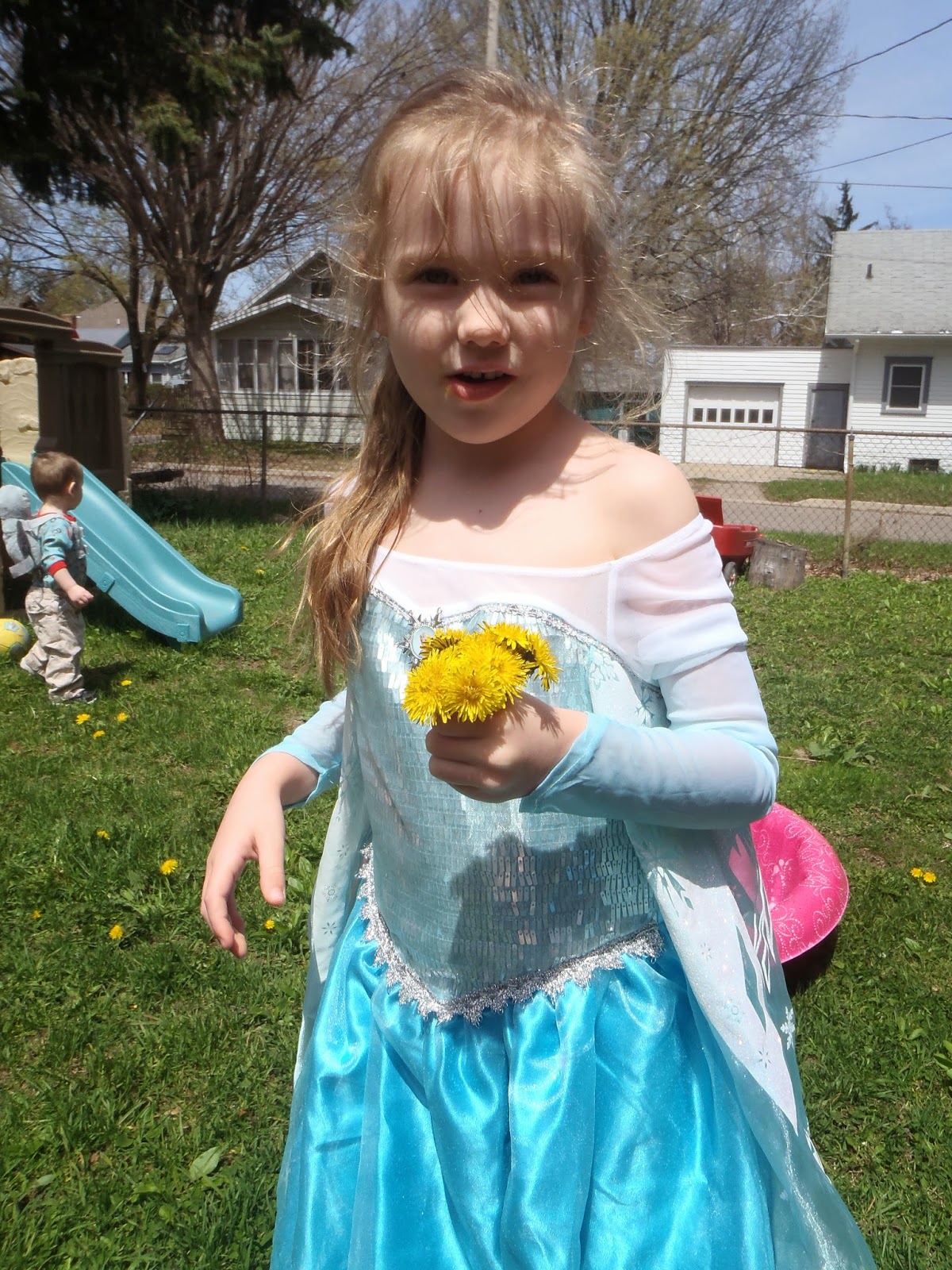 Of course, if you ask her, she'll tell you "the cold never bothered me anyways..."
So that could have something to do with her problem with summer.

There are so many books in this house...  I wouldn't say that there are too many... I would say that there are far, far to few shelves.  Can that be at the top of my wish list for my someday house?  A house full of built in book shelves?  Because we definitely need them.  Right now this is my homeschool staging area... 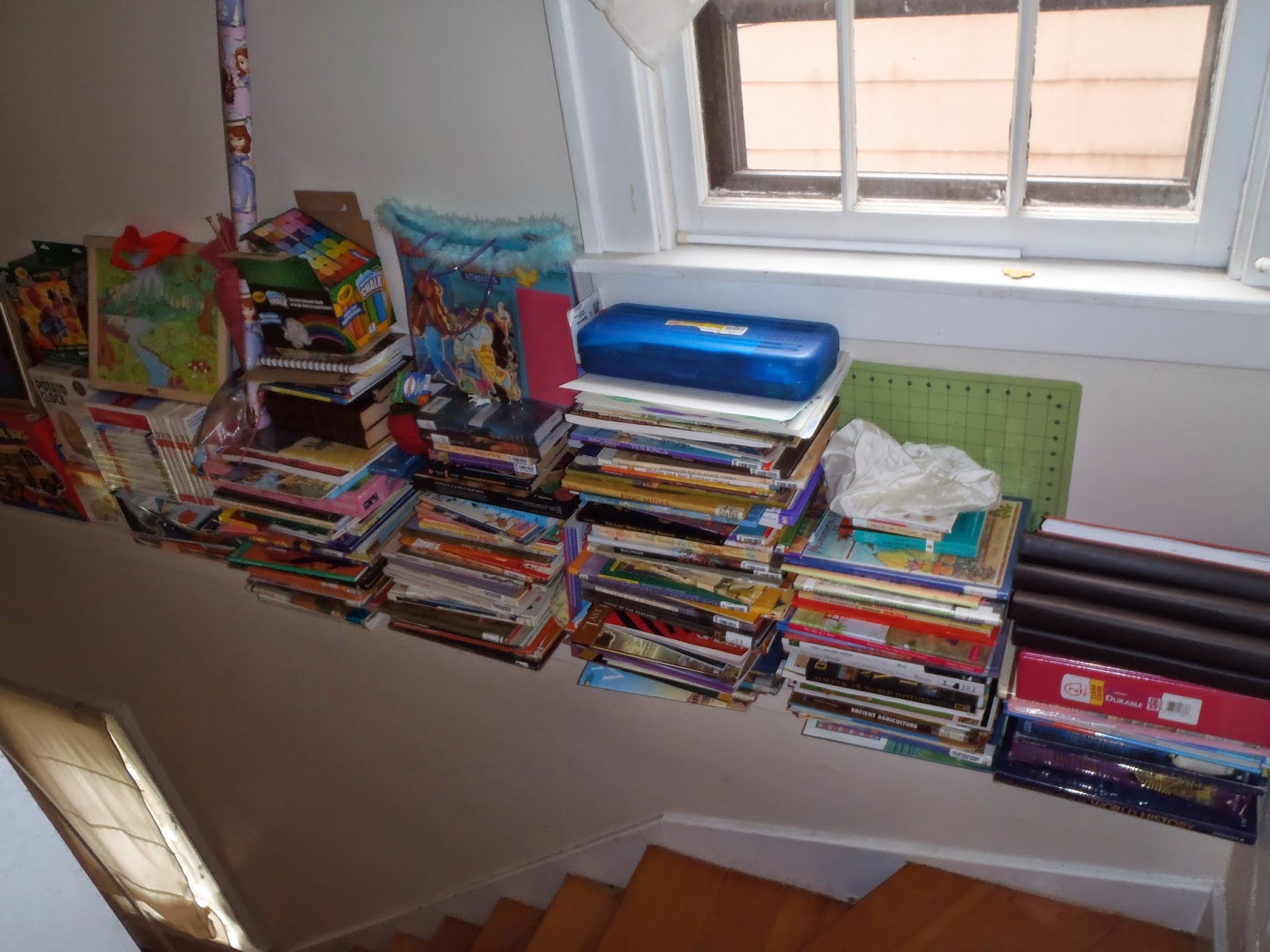 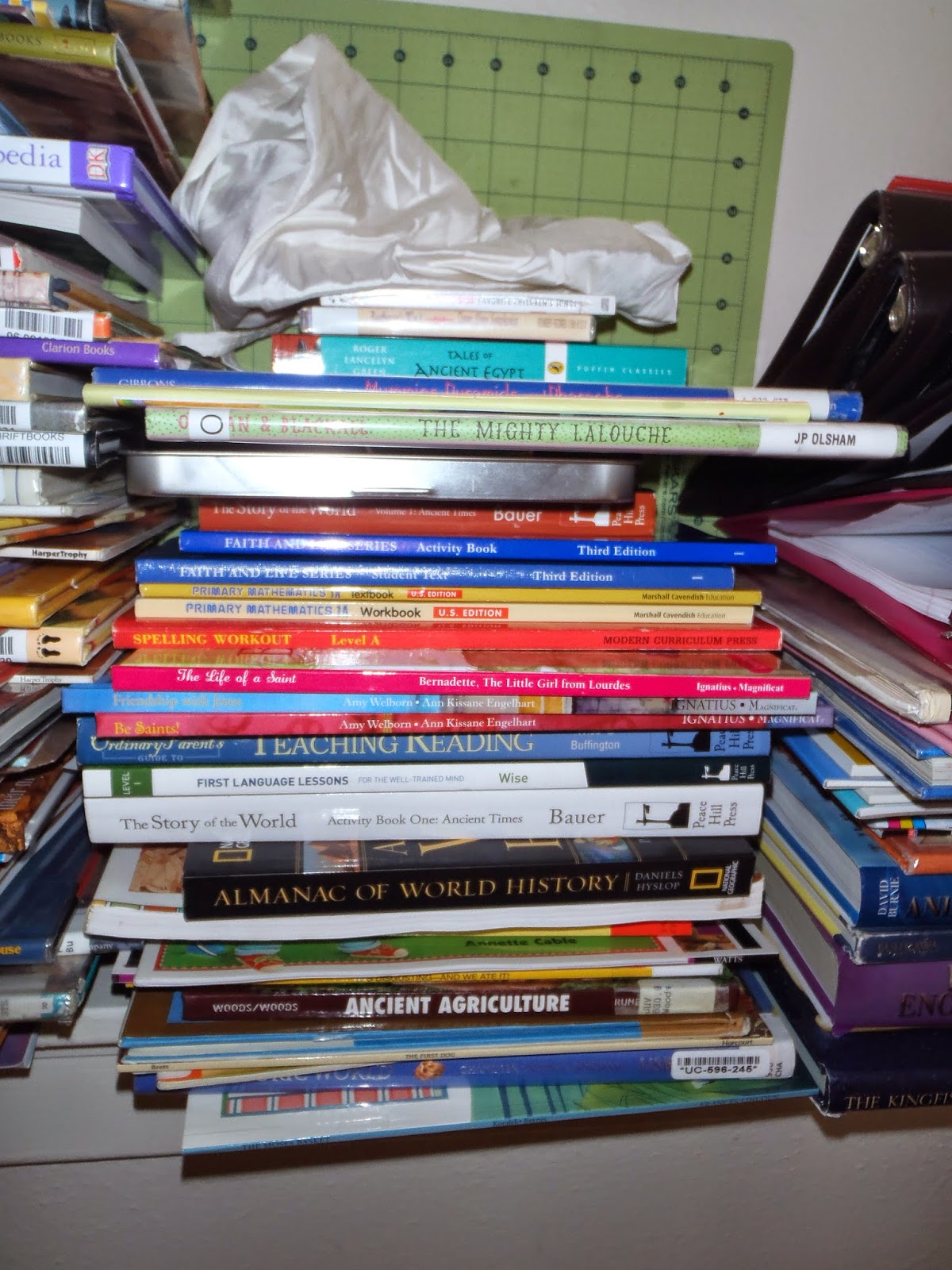 Yesterday we went by the school and snapped quite a few pictures of Paul around campus (today is graduation).

Going through the pictures I honestly missed this about the first three times through.  It was actually the only one on my camera of our little family and... then I just couldn't stop laughing.  Sadie kept trying to climb on the status and peek around the statue and... well... it turned into another awkward family picture that is so typically "us" since someone is always doing something in all of our snapshots! 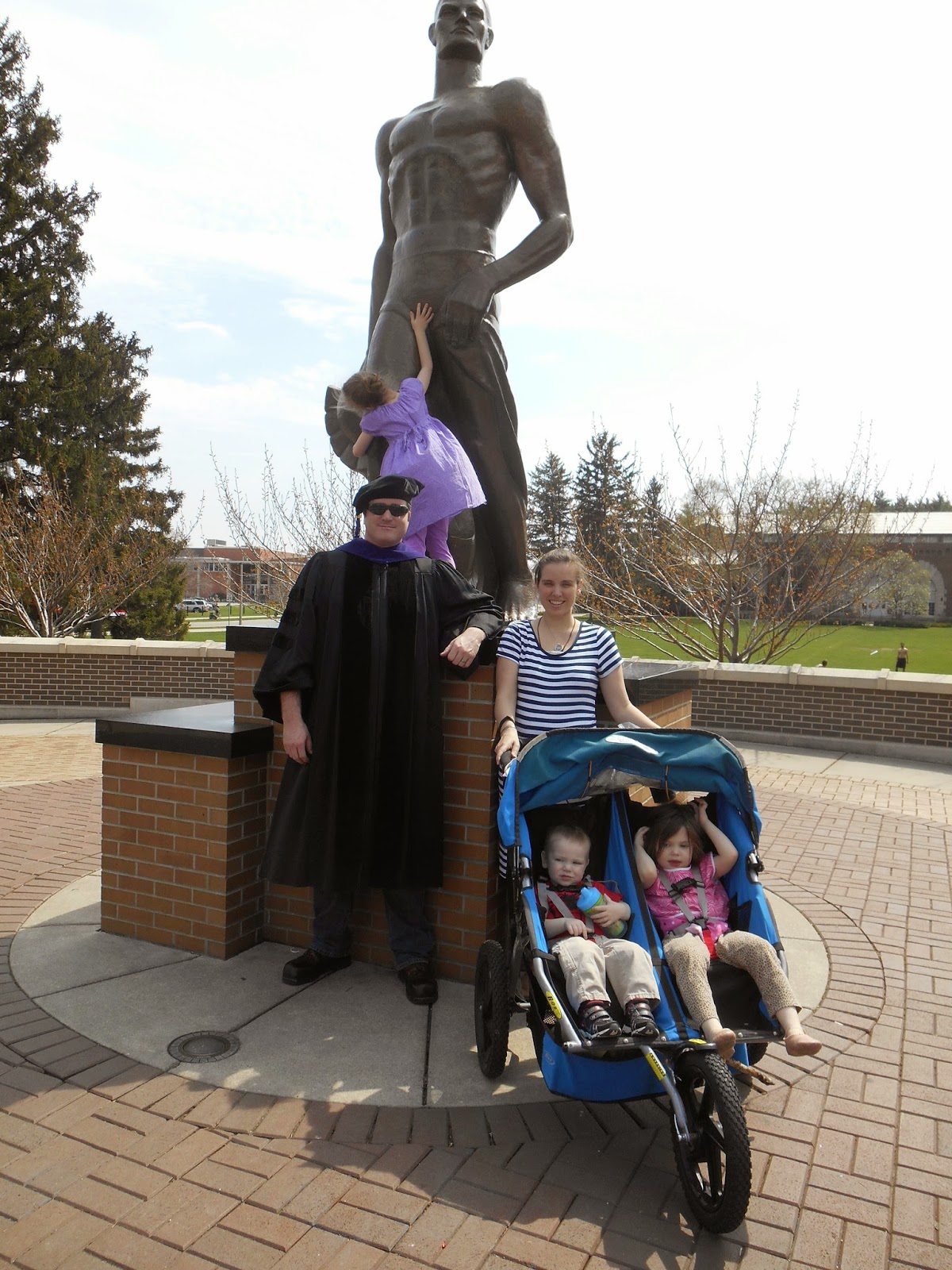 For more Quick Takes, visit Conversion Diary!
Posted by Cammie Diane at 8:18 AM