We made it through Mass today.  Okay, we kind of made it through Mass.  We were those people who left after communion, because we'd barely, barely made it all the way to communion and by barely I mean to say I was holding a flailing 3 year old who screamed her way down the aisle, stopping about twenty seconds before we got to the front to turn her attention towards the chalice which she want-want-wanted to grab so very, very badly and was pausing to focus all her attention on the task at hand.  The priest whispered to ask if Sadie had already received and I quickly said no, while wrangling Maggie's hands away from the chalice and then we were headed back down the aisle and finally outside to contemplate how it was actually one of our better days lately.  I mean, we made it all the way to communion without a total meltdown (today's screaming wasn't a meltdown... in case anyone was wondering... meltdowns... they are different... and probably deserve their own post, or series...).

But I digress.  Today Mae snuggled with me.  Sadie and Mae and I started out in a pew, and we lasted all the way up until the second reading, when I decided we'd had our fill of trying to stay out of the narthex.  Mae was super excited about our time inside though, and alternated between trying to sing loudly with the choir, staring at the little boy in front of us, and saying the word "mermaid, mermaid, mermaid" while I hushed her.

And we were there for communion for the first time in weeks, which I'm pretty sure if my Mother's Day gift from the two little ones.

I found this on Thred Up a while back.

It was under the designer dress section (before they started their X section) and said it was usually $300 and something and was marked down to right around twenty dollars.  Since I happened to have credit, and I loved the flowing skirt, I jumped at the chance to get it.  It's non-maternity, but the skirt is so roomy it should work for a while longer.

I am still browsing Thred Up now and then but I do feel like their designer dress prices are going way, way up since they launched Thred Up X... which I'm less of a fan of...  Before the new section there were a lot of $300-ish dresses in the $20 range, which I think is reasonable... now I'm seeing dresses that were originally less than $200 in the $60 rang and to me that seems rather steep for a second hand dress.  I think I'll watch and see what happens, because I have a feeling that the mark up might not last and that $60 second hand dresses may not move as quickly as they did at $20.  At least that's what I'm hoping.

On the other hand if you're someone who loves designed bags and shoes, they do now have both in the X section... so you might want to check them out! 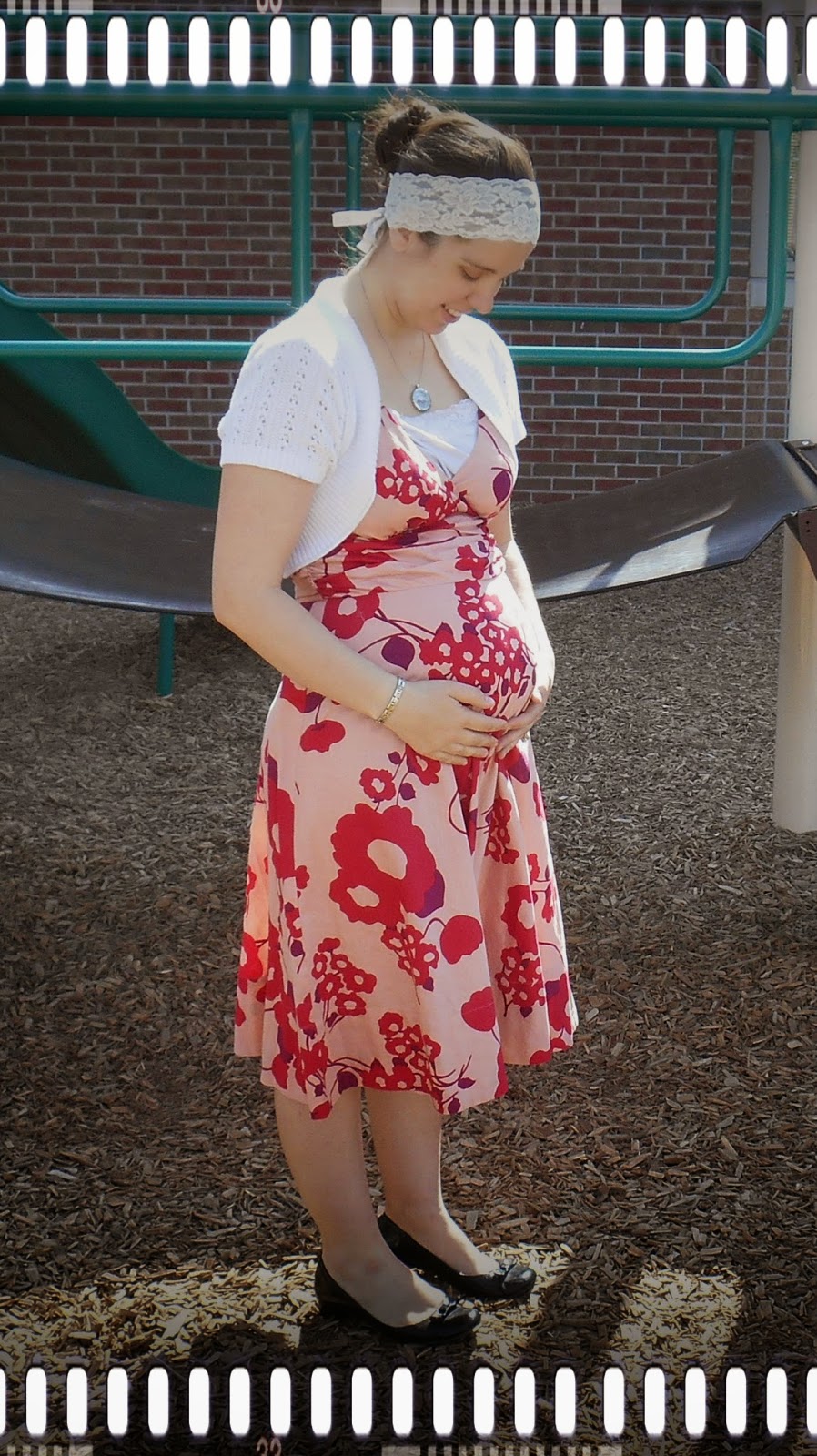 Moving on, Patch wore one of his Zulily baby suits.

He is so difficult to dress these days.  He's a 2T in length... and 12 months in his waist size.  And most of his pants are elastic with no belt buckles to speak of and so I'm relying heavily on safety pins, and occasionally putting him in 12 month pants that make him look likes he ready for a flood. 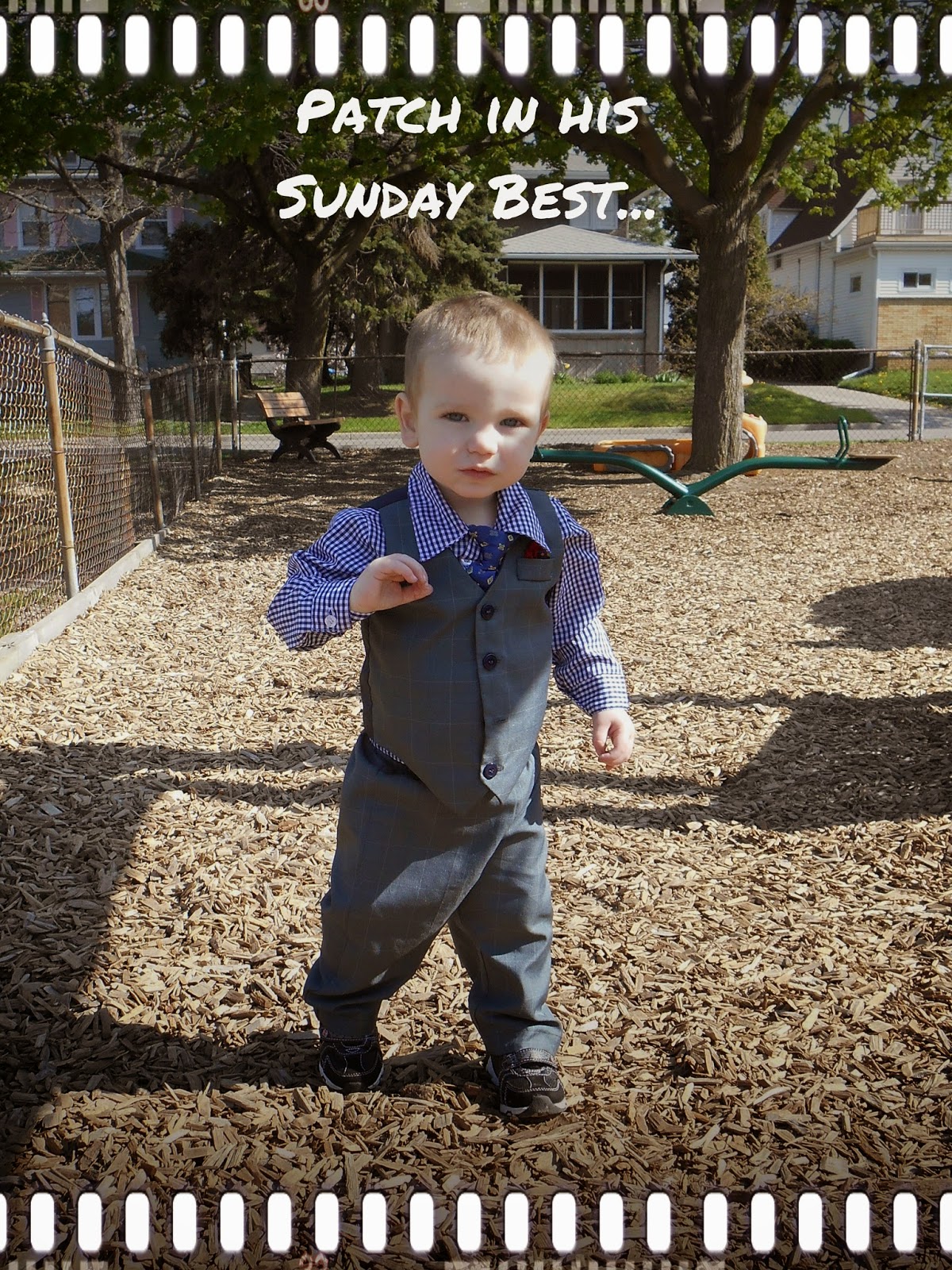 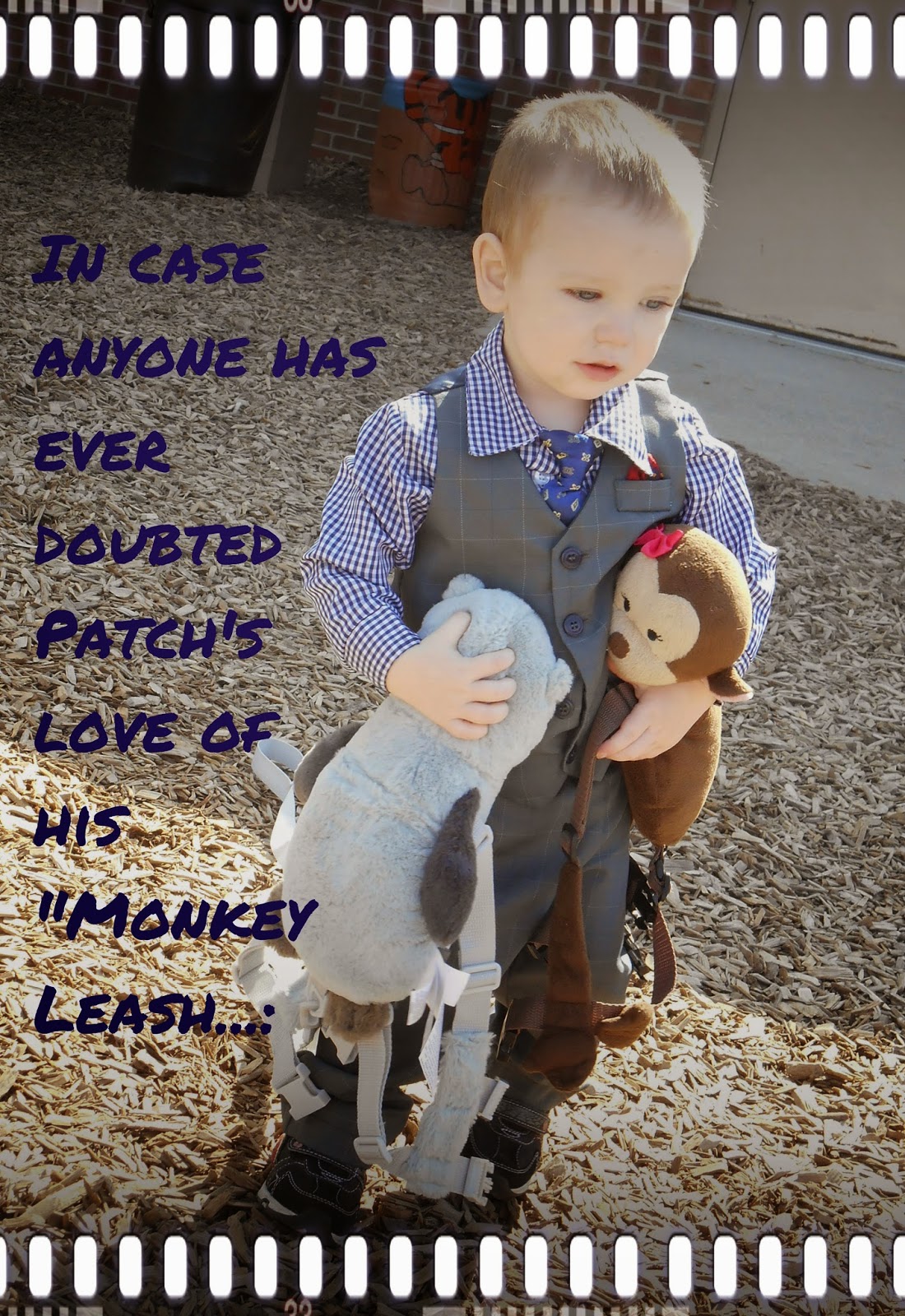 I wasn't up for a "we're wearing clothes today" war and so I let her pick out what she wanted to wear... and while I brushed her hair, she styled it herself... obviously... 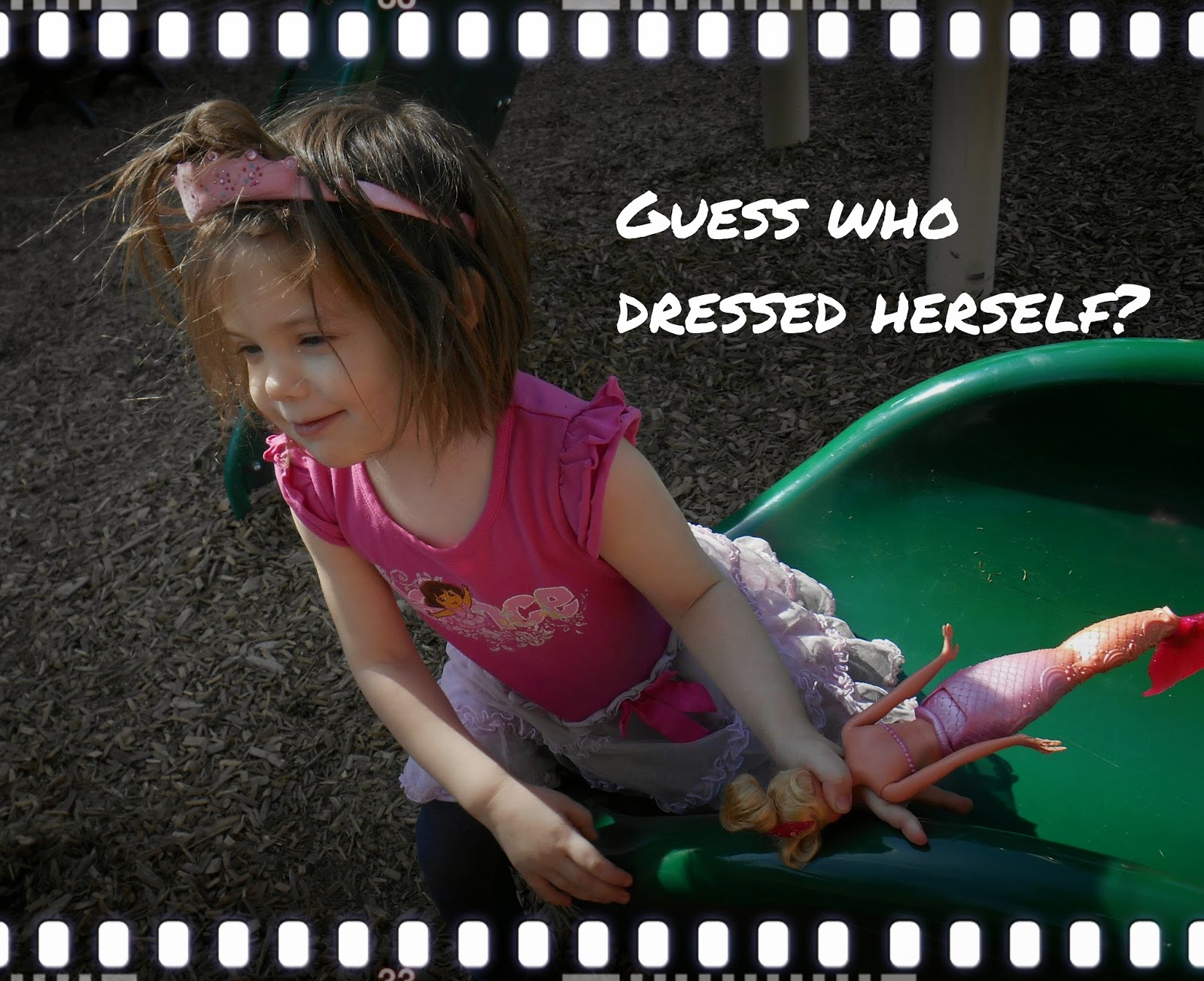 Sadie (who would like everyone to know "I was just trying to get my balance" after seeing the picture of her climbing the Sparty statue last week, managed to squeeze into this dress from a couple of Easter's ago.  She is elated because today during the homily our pastor talked about how some nuns are going to be coming to teach at the school (I think he said six!).  She was thrilled that she found a Saint Therese pamphlet in the narthex and spent a good portion of Mass staring at the picture of Little Flower.

She also said:  "It was really, really hard for me today.  But I didn't stick out my tongue."

Meaning that she didn't attempt to receive communion, which is definitely a good thing since I think she might have managed to convince him she was old enough if she'd tried, since he asked! 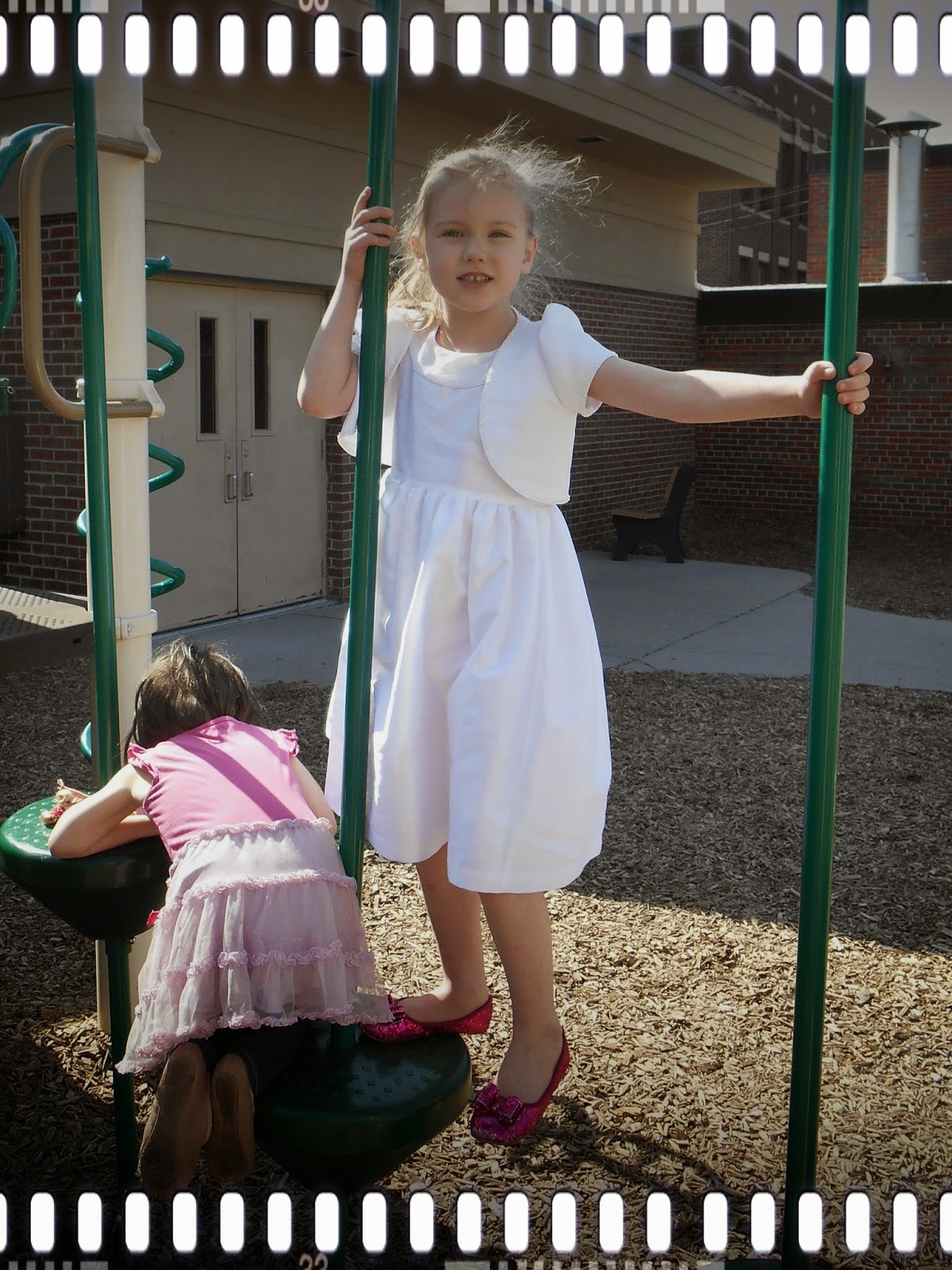 After Mass we did let them run around on the playground for a while.  It's been a long winter and I'm really hoping that if certain little people start to associate doing better at Mass with getting to play outside they might start to be a little more eager to go again (it definitely worked that way last year). 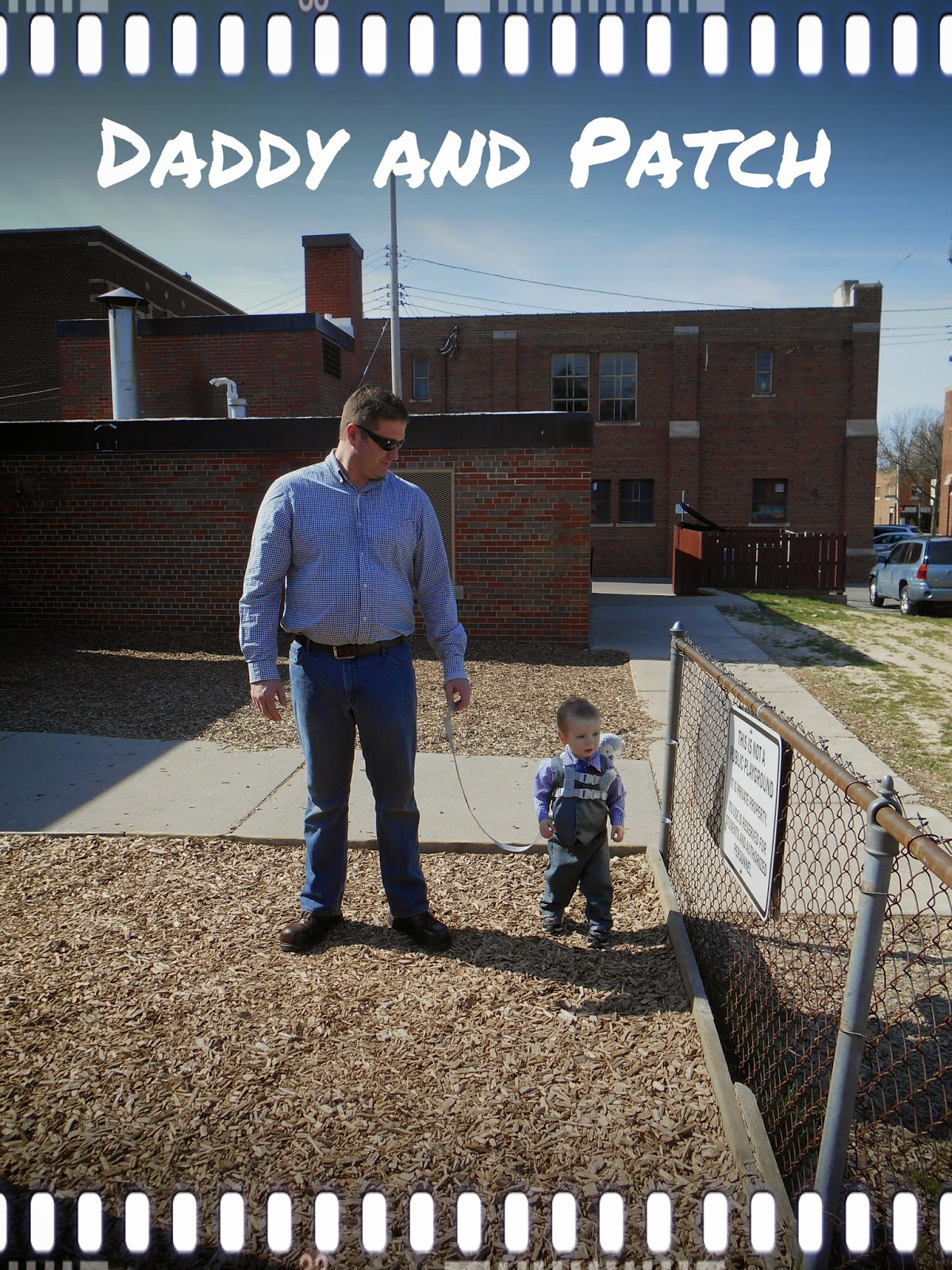 Patch did sob hysterically when it was time to leave... 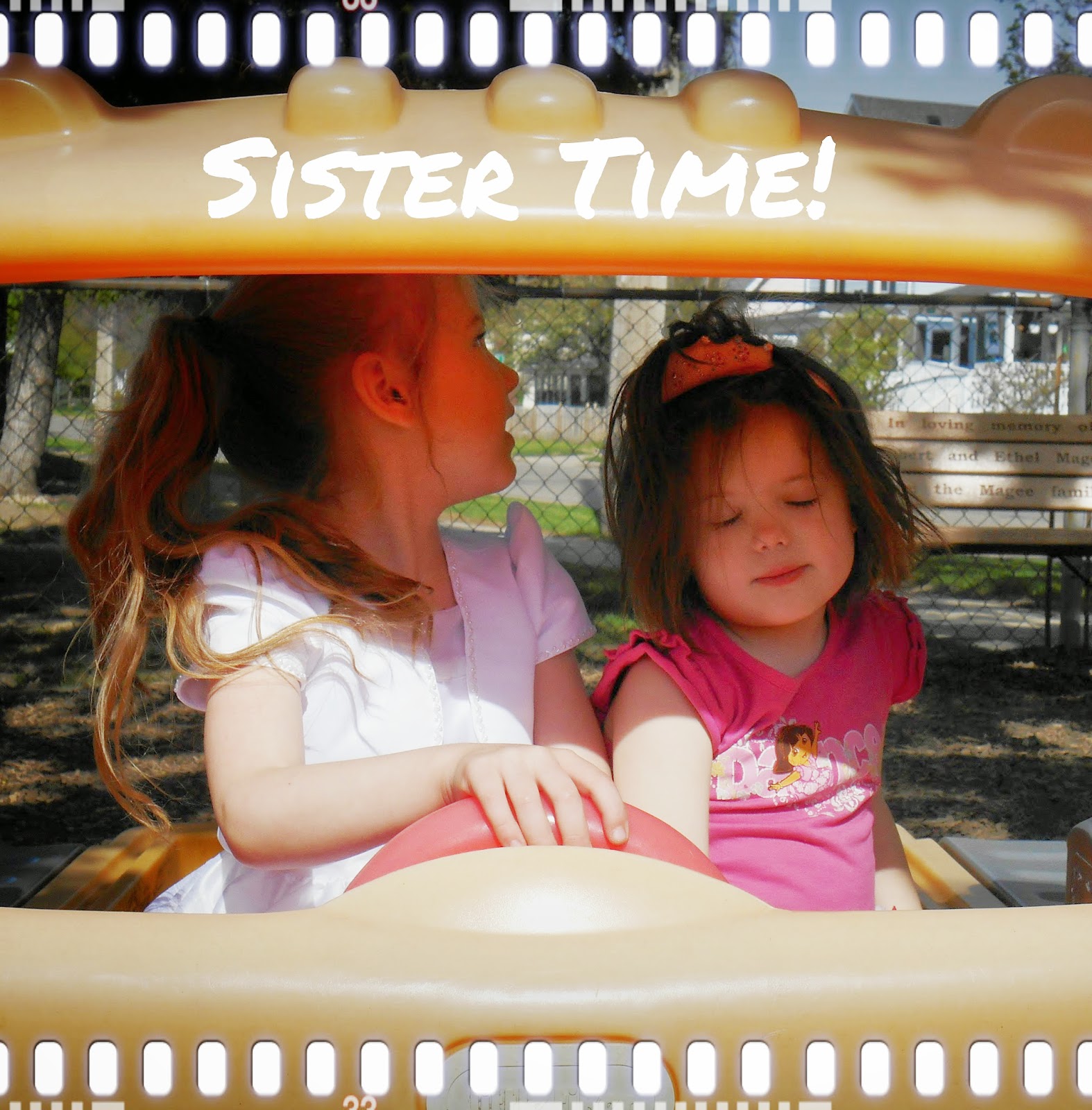 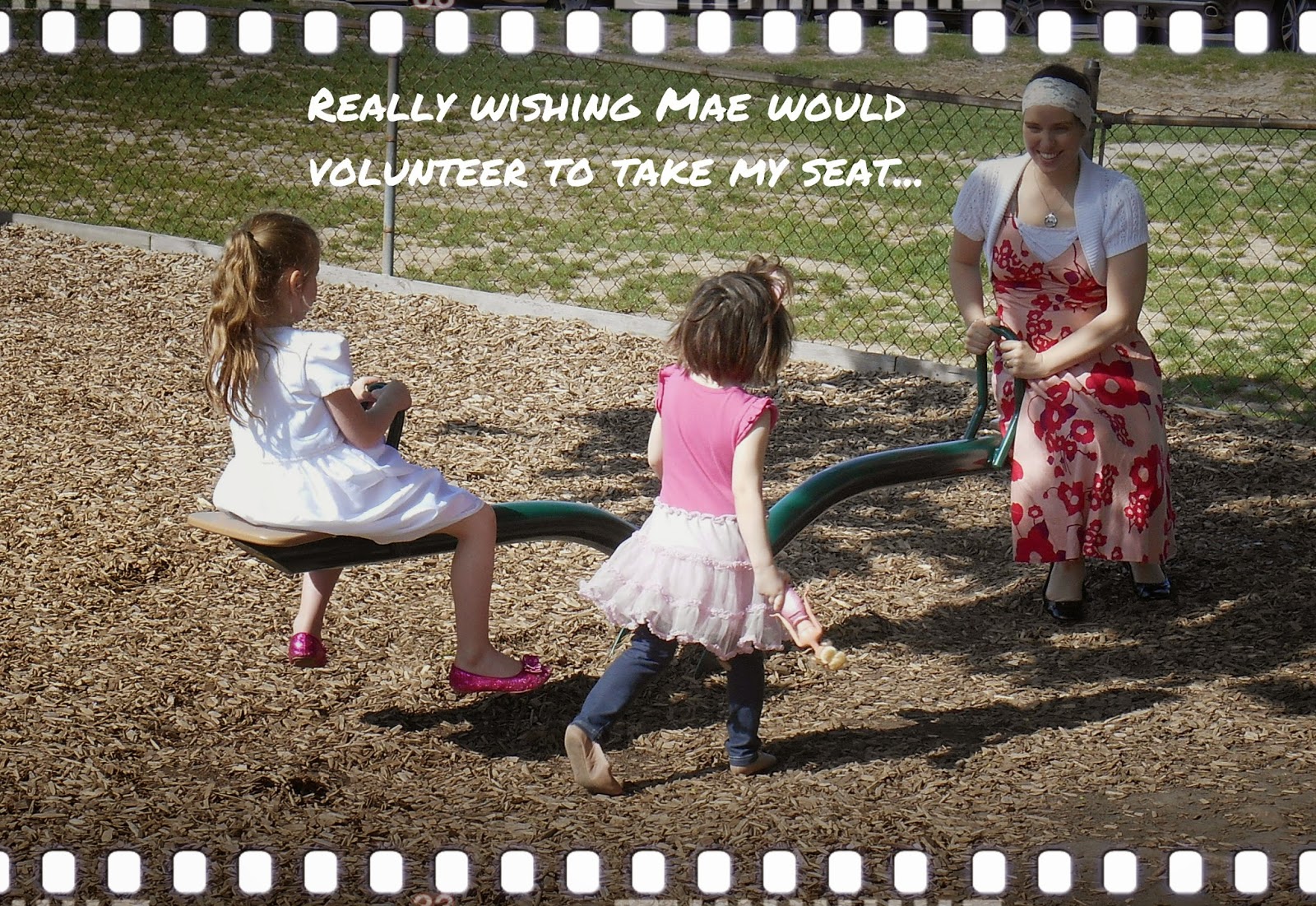 And so we played and then picked up some California rolls at the grocery store and headed home.  Paul worked last night and was just about to go upstairs to finally sleep when our old neighbor stopped by and asked Paul to help him move... so he headed out and helped him move and is finally getting a little shut eye after being awake for a long, long time.

I hope you all are having a wonderful Mother's Day!  And hopefully I'll find an extra hour to sort through all the pictures I took of this weekend so I can finally post on Paul's graduation!

For more WIWS head over to FLAP!
Posted by Cammie Diane at 2:03 PM