The last few days have been tough, but last night was the cherry on the cake.

As some of you know from Facebook, the kids have been sick.  It was this low grade fever, runny nose, other gross symptoms I won't mention, sort of sickness that just kept lingering and lingering.  It wasn't severe enough that I thought about calling the doctor, until two nights ago when Mae needed me in the middle of the night and I went into her room to find her burning up.  She took my hand and pressed it against her chest to show me that her little heart was racing.

I gave her motrin and lay next to her and put an ice pack on her head and tried to figure out if this was a we-need-to-go-to-the-ER type sickness (we've gone through about a half dozen thermometers and it's basically impossible to get a temperature off of the kid when we actually need to), or if the motrin would finally kick in.

It took about an hour and a half before it did.  Suddenly she felt cool and... was bouncing off the walls.  So with about three hours of sleep under my belt it was time to face yesterday.

I canceled therapy.  I managed to finish school with Sadie while Patch napped and Mae rested in the playroom.  And while our doctor couldn't see us they passed us on the the health department.  When she left for the health department she was curled up in a ball burning up and shaking.  When she got there they said her temperature (under her arm) was 98 degrees (I guess the motrin kicked in again)... and at 5 o'clock last night they told us that she had an ear infection... 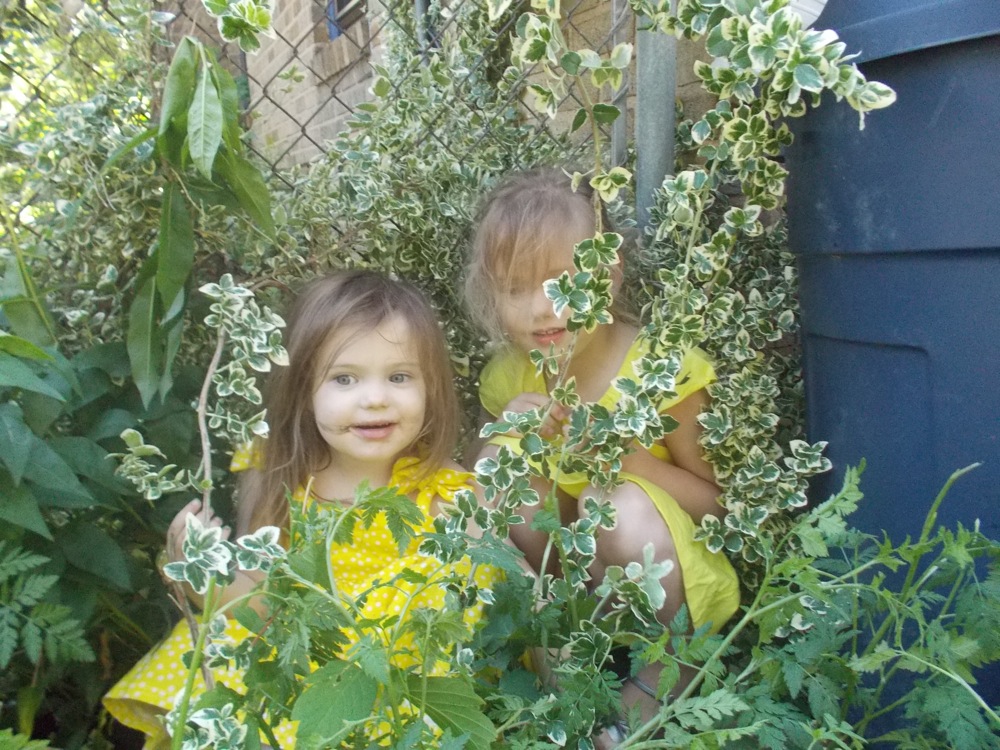 Let's make this quick take #2 so I don't ramble on and on and on in a single take.

I still don't feel totally confident in the diagnosis.  It's not that I don't think she has an ear infection, I do, it's that between Sadie and Mae I've seen probably 30 ear infections and I've never ever seen anything like Mae two nights ago and yesterday.  And considering Mae's pain tolerance and the fact that she can be hit by a big child swinging fast on a swing, fly across the playground and get up and laugh... it puts me on edge seeing her in more pain than I've ever seen her in, in her entire life.

So Paul went to get the prescription after the doctor's appointment, but they'd called in the wrong one.  The pharmacy called back.  The office had closed.  The pharmacy tried the on call doctor.  He was sorry but he didn't have the chart and wouldn't approve the change from the expensive non-generic to the generic.

And that meant another night eight of fun.  I held Mae while she curled up on the ground until she fell asleep.  She seemed to like the coolness of the hardwood floor and wouldn't get into her bed.  Then I finally lifted her up into it and held her hand while she fell back asleep since she started to cry when I turned to walk out of the room.

We did manage to get garlic drops in her ear... and this morning there seems to be some improvement... I'm hoping we've turned a corner after over a week of sickness. Except we haven't.  I was hopeful when I went to bed last night.  I slipped under the covers, closed my eyes and... heard a scream.  Oh please, please, please, let it stop.  I prayed.  It didn't.  Paul got up and gave Patch a drink of almond milk. The screaming continued.

I got up and brought him into the big bed.  He can't stay there for long because it makes him wild.  He'll get up and try to run around and chase the cat.  So when the wildness sets in I take him back to his bed...

He finally slept form 4 until 8... and we're getting a late start to school because... sleep...  it's definitely slowing me down this morning.

Writing this I realize how spoiled I am usually... because usually my kids are all pretty awesome sleepers.

Some people have kids who are night owls, but ours are all definitely morning people.

They start clamoring to go to bed at like 5 pm. Sometimes I let them because they'll start laying down on the ground and falling asleep in the living room.  Patch and Mae fall right to sleep most nights and then sleep for about 13 hours.  So I am usually sleep spoiled...

Two nights ago a package arrived from a certain Nani and Grumpa.  Yesterday Paul snuck upstairs and set up the contents.  They were two princess castle tents from Pacific Tents.  Nani and I had spent a while on the phone discussing them after she discovered them and we were excited about the reviews because a number of parents of kids with autism had written reviews saying "my nine year old destroys everything and she loves this and kicks it and it's still standing."  I thought, if a nine year old who usually destroys things can't destroy it, maybe it will be Mae proof.

It lasted through the first night.  Albeit she is sick... but still.  It's still standing and on her bed this morning.

I think that deserves a five star rating on Amazon.

I just saw a recipe for bacon wrapped onion rings with hot sauce inside of them and I think that that discovery may have saved my entire week.  I must find a time to cook them... soon.  Bacon always sounds better on a Friday and it's awesome when I can actually cook it since it's the octave of Easter!!! 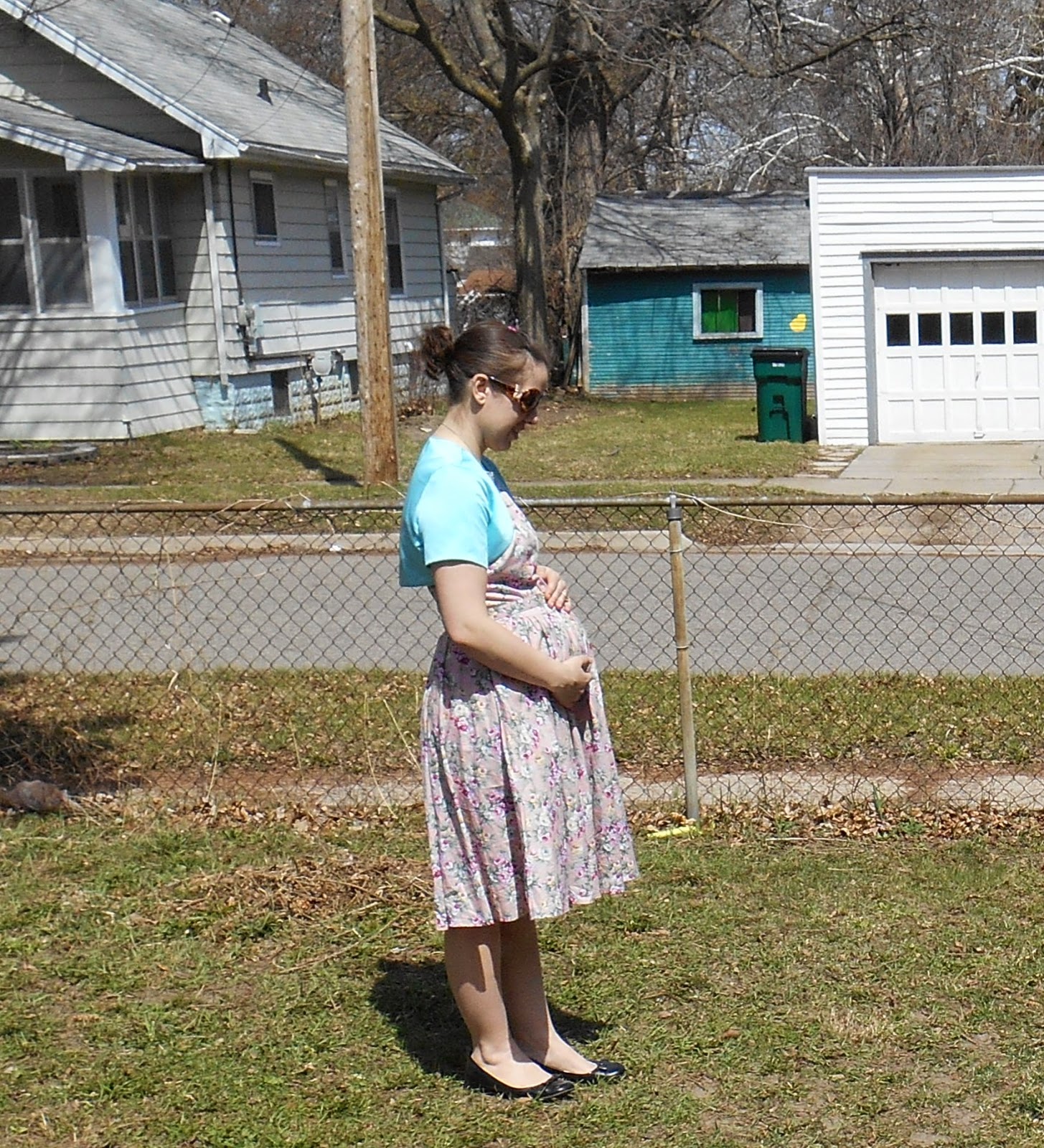 Where is this year going?  Last night Paul and I were sitting on the couch (he's sick too... his sixth finals season being sick... which means all of them) after the kids were finally settled in bed and I was flipping through a pregnancy book looking for the date.  And then I realized that I had no idea how many weeks pregnant I currently am... which is ridiculous since I take those silly pictures every week and label them.

Can we blame sleep deprivation?  Let's.

So I asked Paul if he knew that I'd be 16 weeks on Saturday and he said "of course" because "you were 14 weeks two weeks ago."

It's like with your first child when someone asks how old they are and you say 17 months or 18 months or 22 months.

By the time Patrick  was somewhere around 8 months old people would ask how old he was and I'd say... "almost one" or quickly count on my fingers from November to the month we were currently in.

Oh what a difference between one and now... at least I think I could have remembered that I'm in the fourth month...


For more Quick Takes, visit Conversion Diary!
Posted by Cammie Diane at 11:35 AM