The Newest Edition to Mae's Collection: A Weighted Blanket

After working on Mae's side of the room to make it into her own little getaway, and after watching her in it for a few nights, I came to a conclusion: 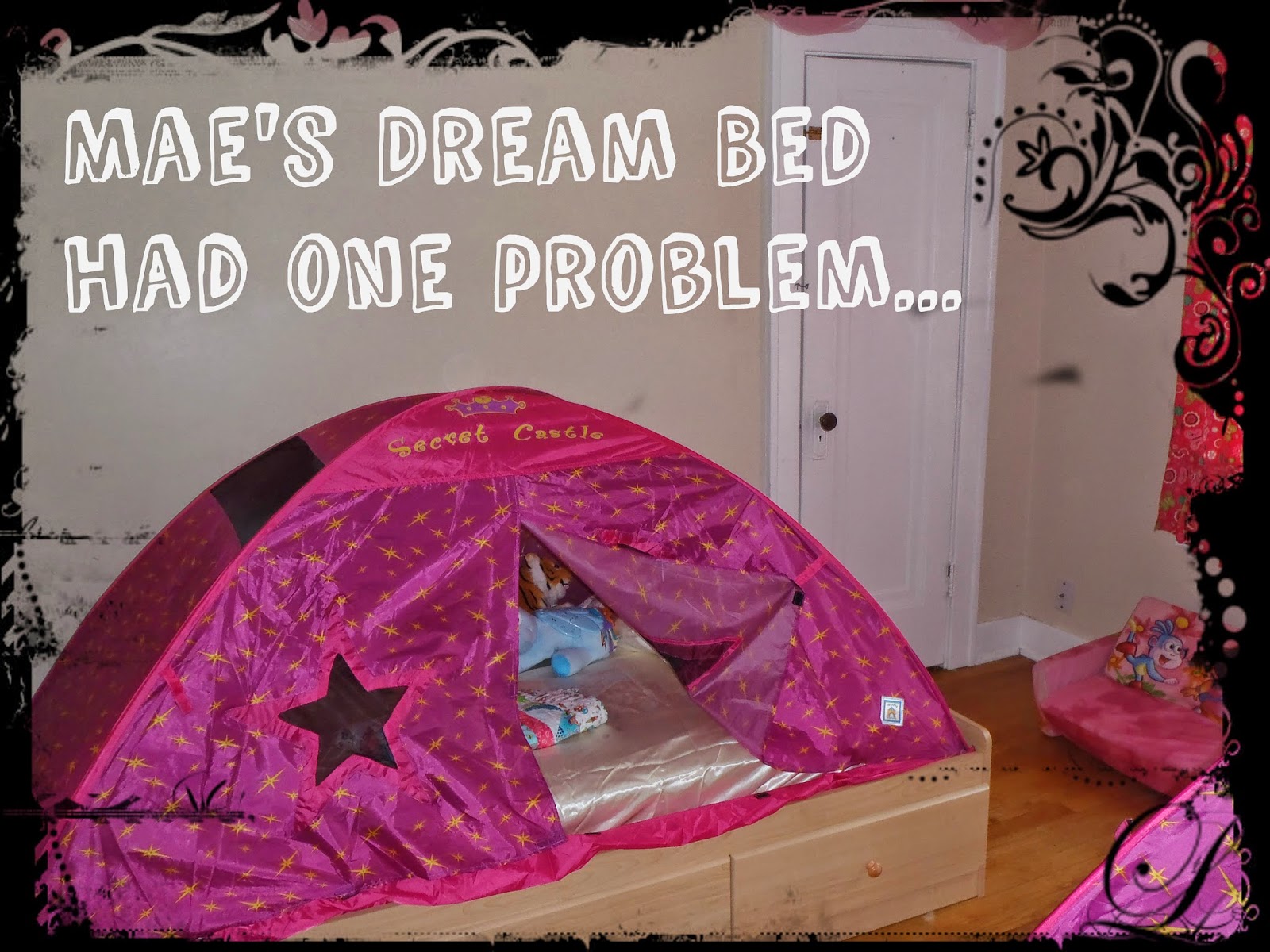 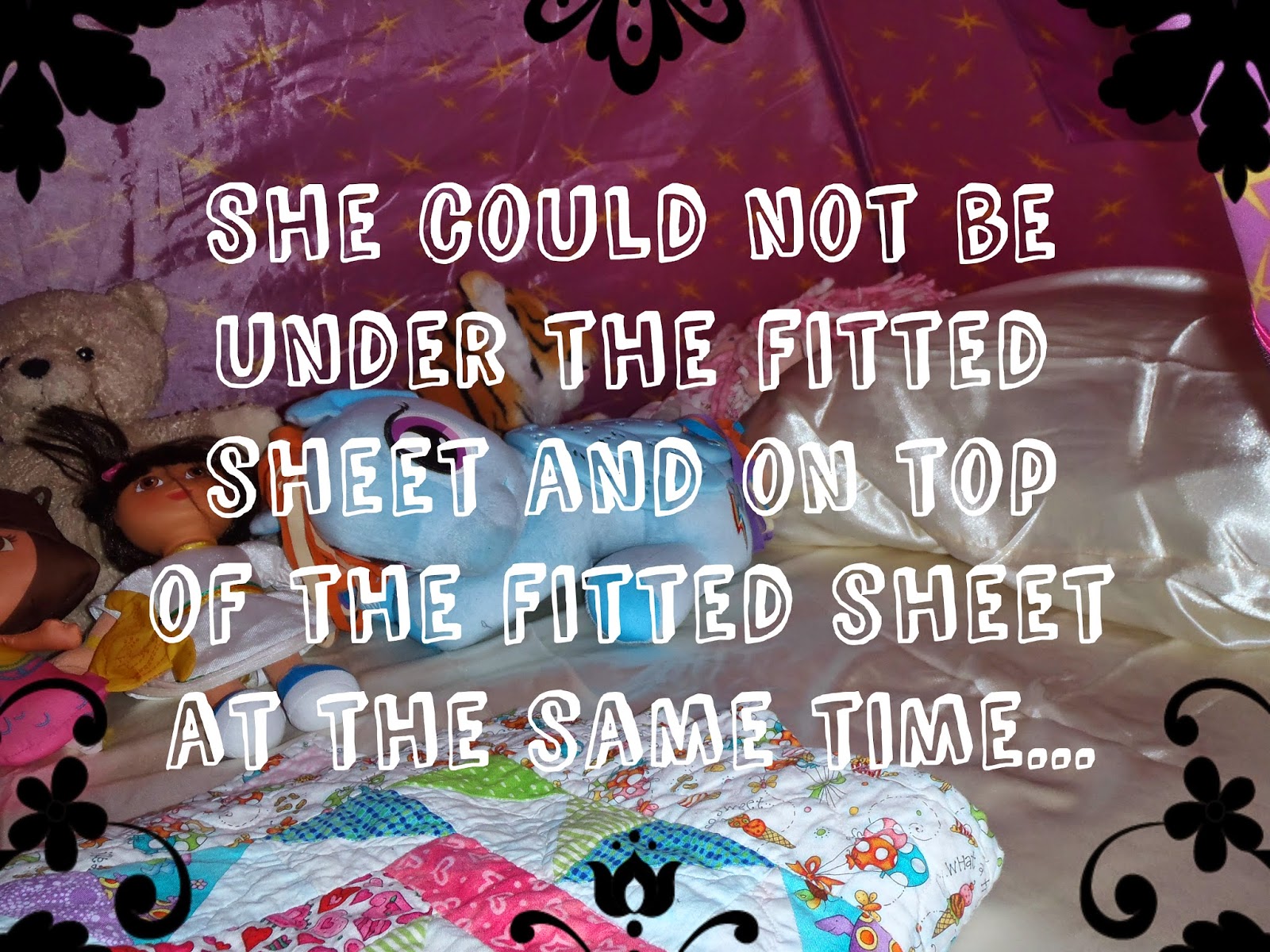 I found the flat sheet that I'd tucked away in the original package.
Mae has never been a fan of flat sheets and always just throws them on the floor.
Even a flat sheet with Dora on it and even if I point out how very, very cool that is.

So I cut the satin flat sheet in two and turned it sideways and trimmed it a bit more until it became a size I liked.  I flipped it so the right side was facing and sewed double seams along all but one edge.  Then I turned it right side out and sewed five channels.  After that I measured in poly pellets and horizontal lines in kind-of (attempted) equal distances up the blanket until I had an almost completed weighted blanket.

I added a border at the top of some pink faux fabric and snuck it in and put in on Mae's bed so that when she came upstairs she saw this: 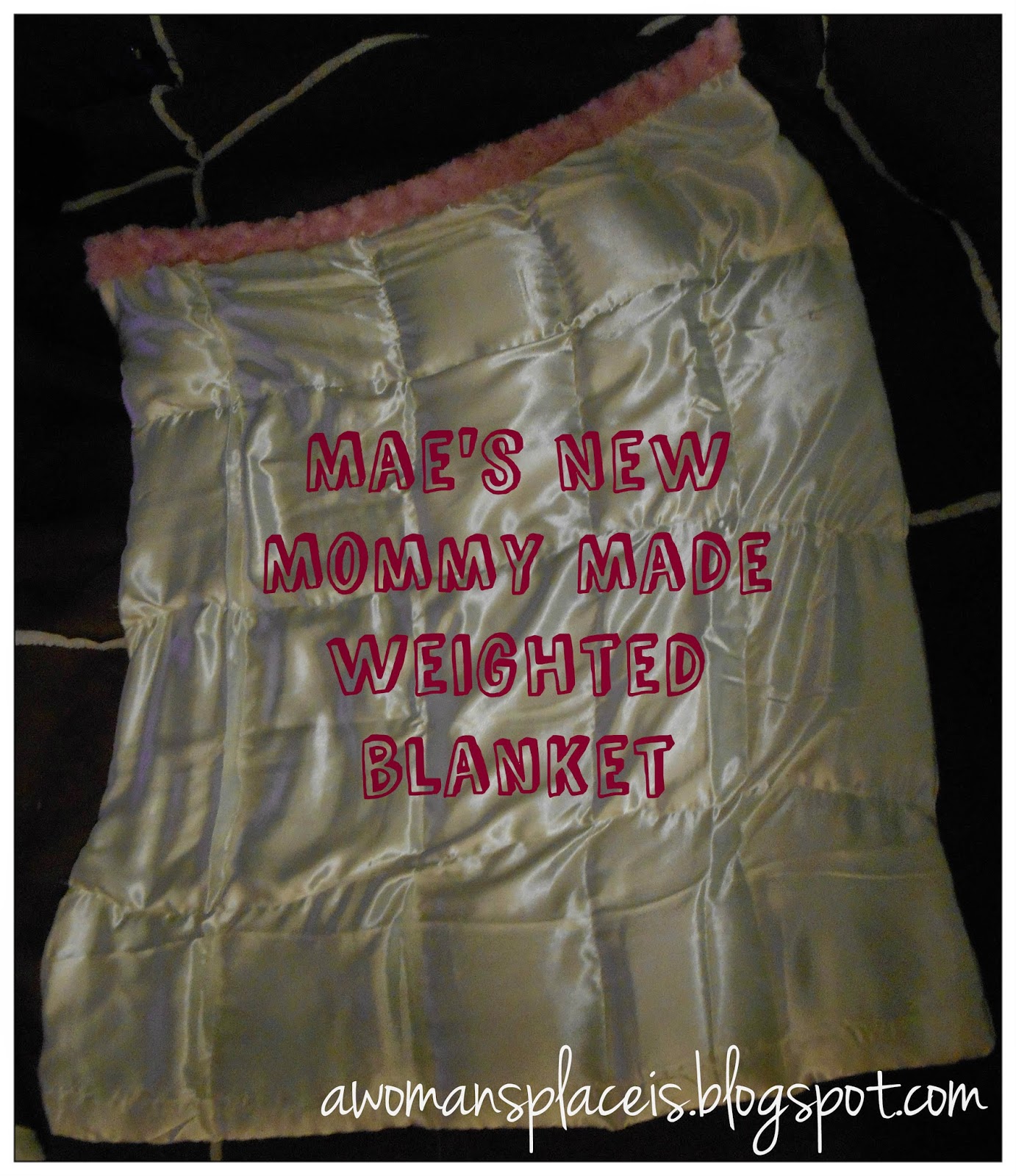 The truth is that when Paul carried her upstairs she was sobbing hysterically.  She'd fallen asleep on the floor downstairs while I was making the blanket and she was not happy about being woken up to change into her sleeper and go up to bed to sleep there.

The moment she saw the sheet, however, she stopped crying.  Then she lay down on the ground and pulled it over herself... This is about thirty seconds after she laid down: 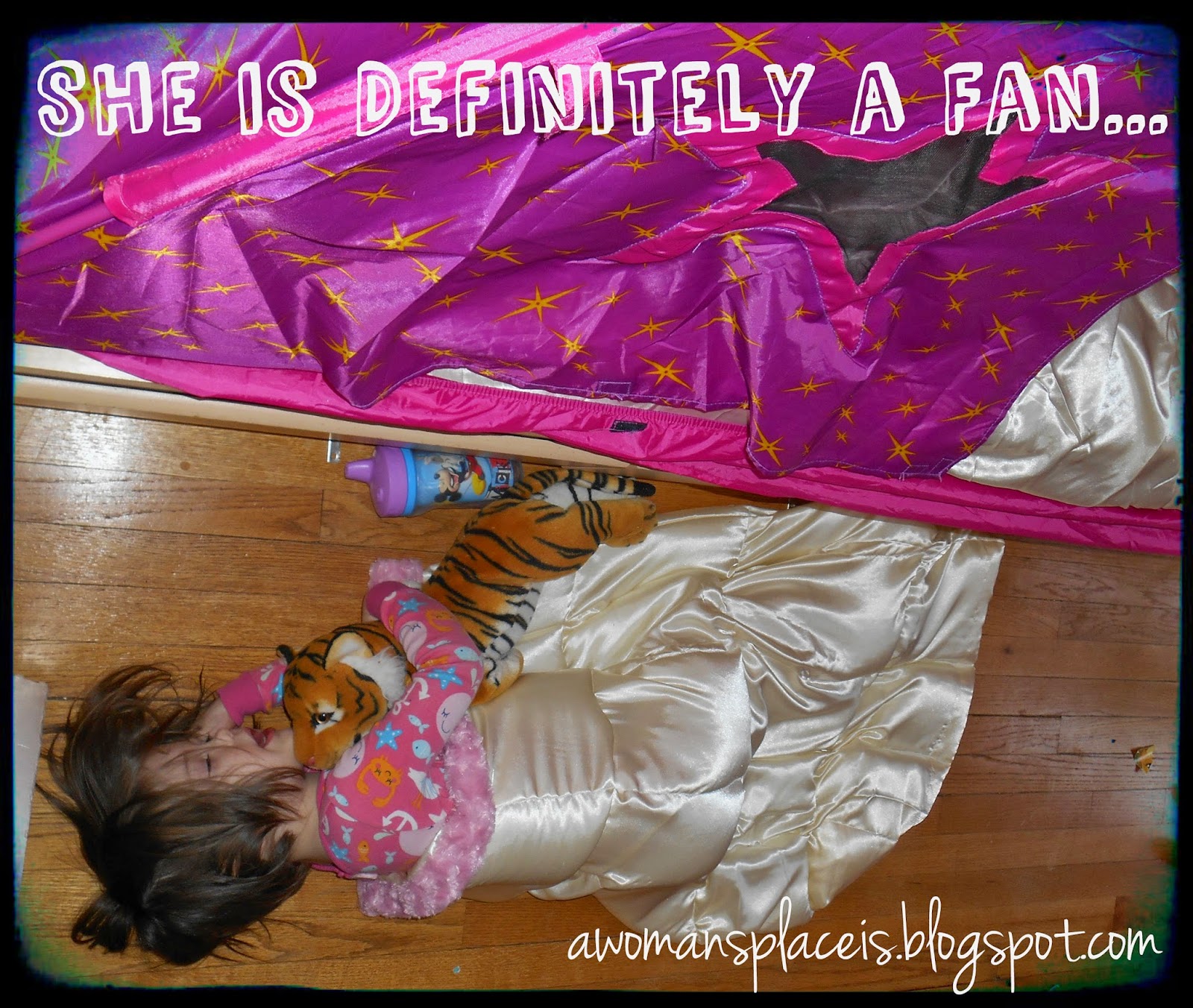 After she fell asleep I lifted her back up into her bed and she woke up and looked around and went back to sleep.  I did notice that her nose was super stuffed up, which isn't surprising since she tends to want to sleep on the floor whenever she's not feeling well. 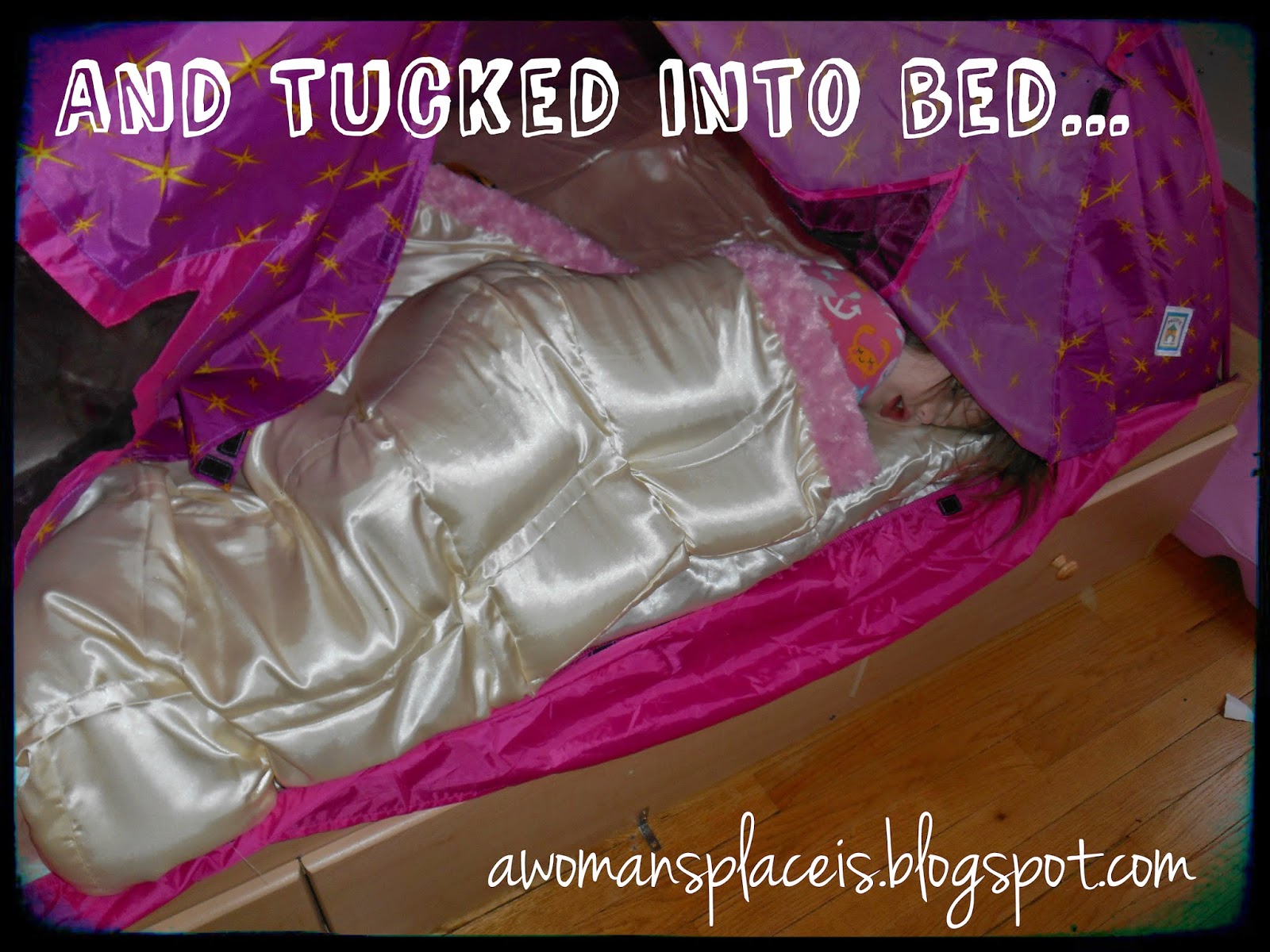 And that is my first attempt at sewing a weighted blanket.  I'm hoping that with time I get the hang of sewing the pellets into place.  So far I'm destroying at least one sewing machine needle with each project.
Posted by Cammie Diane at 7:49 PM