Answer Me This: On Groundhogs, Haircuts and Facial Hair!


1. What's the scariest thing that's ever been in your yard?

Here in Michigan the answer would have to be... not much...

A ground hog?  Some poisonous berries that grow on vines that I kept pulling up that Mae finally got a hold of that resulted in a call to Poison Control (they're pre-programmed in my phone) to learn that while the berries are in fact toxic, Mae would have had to eat a giant bush of them to actually get sick? 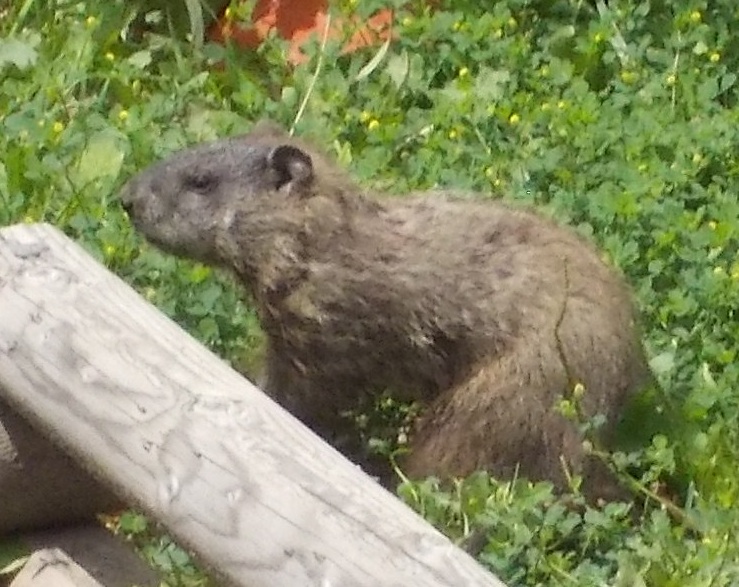 If I could answer for the yard back in California I would say that it was probably the bear that I heard breathing as it strolled by when the kids and I were playing on the porch (I thought I'd imagined it when I looked around and didn't see anything, until it went into my grandparents garage five minutes after I heard it!).

2. Beards. Thumbs up or thumbs down?

Sideways.  Or thumbs down right now.

Here's the thing.  I just must not be good with change.  When Paul had a beard I liked the beard.

Then he shaved it and I was kind of like "this is weird.  I miss the beard!" for a few days until I got used to it. 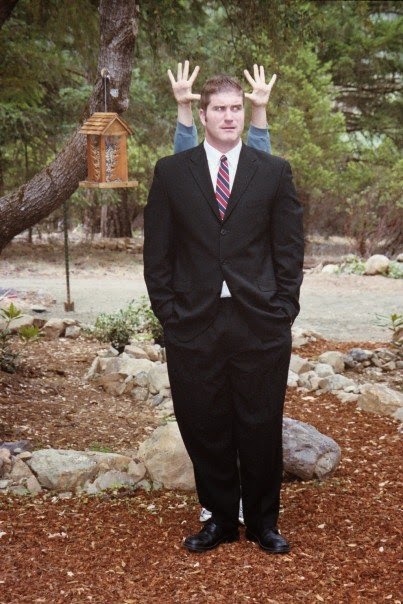 Since then he's gone through phases where he has grown it back out (usually for finals) and I'll beg him to shave and then the second I get used to it finals are over and he shaves it again and I think he looks weird without it.

And right now, if he started growing it out again, I'd probably think that it looked weird for a week or two until I got used to it again.

So, yeah.  I'm apparently just not a fan of change when it comes to facial hair.

I used to try harder to fix things before I realized that pretty much everything that gets fixed around her just gets broken again, and I just started throwing things away... because if Mae's broken something once, it's likely going to get broken over and over and over again... so these days I'm more likely to hope that it's recyclable and that it fits in the giant recycling bin outside!

4. What was your first car?

A 1973 Volkswagen Beetle.  I got very, very good at roll starting the car when the engine was dead because it was almost always dead!

It depends.  These days there aren't many restaurants we can go to, at least not easily with the diet restrictions.

At the moment I'm much more likely to ask Paul to go to Chipotle and pick up a combination of food that includes a lot of sides (large sides of rice and beans are like 80 cents!) which the kids love and then divide a burrito bowl into the rice and beans and voila!  A fairly affordable meal that I didn't cook!

Right now I'm growing out my bangs and I'm pretty sure the words "growing out" are synonymous with "my hair is driving me completely and utterly insane."

It's a never ending cycle.  I do something dramatic with my hair and then change my mind and spend a year letting it fix itself.

It's been super long and super short and for a while in college it was varying shades of red (one was a sort of fire engine shade and you can just be thankful that I can't find any pictures online that include it).

Right now I just wish my bangs were about two inches longer so that they could easily fit back in a pony tail... because until that time I'll probably keep finding myself stealing clips from the girls to pin them back so I'm not brushing them out of my face all day!

(Of course we won't be getting past this question without pictures... so...)

Right now I don't want it to be super long... just long enough that it stops bothering me when it won't stay back in a pony tail!  And the color in both of the last pictures is my natural hair color.  I haven't dyed it in years now... and it's not-so-slowly getting more and more silver (although the brown is still winning at the moment) and I have to admit, I actually like it!