Answer Me This: Destructo-Bae Edition

1. Are you becoming your mother?

Maybe?  Hopefully!  I look back on my childhood and how patient and incredibly kind my own mom was and hope that I can somehow be that patient with my own kids.

Although I don't remember ever having the personal goal of upending every single piece of furniture in the entire house... so there's that...

I was a barista in college... can make just about any drink and still...

Tea, definitely tea.  I've just never been able to make myself like coffee.

On the other hand tea, hot or cold, and usually unsweetened, is one of my favorite things.

Picking just one is basically impossible for me.  I could probably go back and forth debating this point with myself for hours.

I guess if I had to pick right this second it would be France because there are so many religious sites I would love to visit (like Lourdes!)... or to Italy for the same reason.

I'd love to take my family back to South Africa, to show them where I lived when I spent a semester at University of Cape Town and to show them how beautiful the area is... and when the kids are older I would love to go on another tour of the Holy Land, preferably without morning sickness next time around...

There are just so many place! 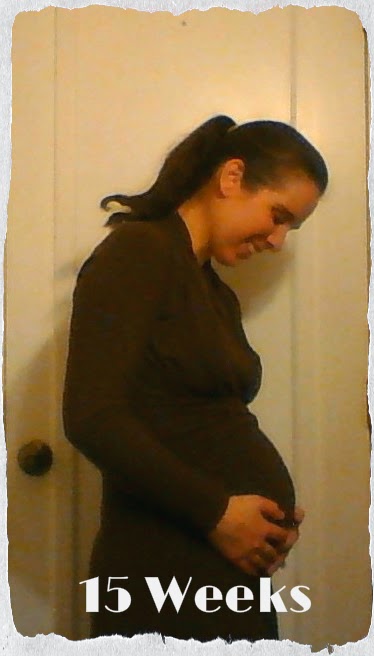 But I'm pregnant right now and for me, one of the first signs of pregnancy is crying at pretty much any sweet, sappy thing that I see.  Is there a sweet video clip shown on facebook?  My eyes are filled with tears like 5 seconds in.

And it's a good thing that we don't have cable because commercials (especially leading up to holidays like Mother's Day... I'm looking at you Hallmark!) are just as bad.

I guess it's not an entirely bad thing that Hulu seems intent on selling me Botox even after I've repeated pressed the button that tells them the ad is not relevant to me, because that is one ad that I can make it through without a single tear threatening to fall.

5. How often do you wear heels?

Hardly ever, unless you count the teeny tiny heels on my winter boots, in which case the answer would be every single day (it's not quite warm/dry enough that my boots have gone away for the season yet).

This used to be a major point on contention between Paul and I.  You see, he would see my lack of balance while pregnant (in general... doing something like walking barefoot across a flat surface) and found it to be incompatible with the many pairs of heels I still insisted on wearing back in my first and through the beginning of my second pregnancies.

And I would roll my eyes and say that I was fine, he didn't need to worry about it.

Then I took a tumble while pregnant with Mae and carrying one year old Sadie down the porch stairs at my grandparents house... while wearing my favorite pair of very tall boots.  And that was pretty much that for me wearing heels, while pregnant, which has pretty much carried over into "all the time" since I've found carrying a thirty to forty pound person for an hour in heels is not all that fun either.  I had to concede his point and started watching for really cute and comfortable ballet flats.

6. Do you play an instrument?

No, but not for lack of trying.

It started with the clarinet in band in fourth grade.  After two years, as the very last clarinet in a long line of clarinets, I was able to drop out of band because I'd started getting stress headaches from the stress of being so bad at something and being told frequently how bad I was doing in class (yes, my perfectionist tendencies started early).

Since then I've tried the guitar and the piano and have discovered that the fact that my dance teacher of many years always knew was true, actually carried over from dance to any musical attempts.  I have no sense of rhythm... at all.  How is that possible after years and years of tap dancing?  I have no idea.  But I do know that I have no musical talent whatsoever.

For more Answer Me This head over to Catholic All Year!
Posted by Cammie Diane at 9:32 AM