Answer Me This: Questions, Mummies and other Random Moments

This post is kind of a random mash-up of everything from my answers to this week's Answer Me This questions, to a chicken mummy update, to a rare Patch glare.  Here we go...

1. Beach or Mountains? Where would you rather be?

I grew up in the mountains and while I love them and miss them, I miss being relatively near the ocean even more.  While I've usually had a drive of anywhere from an hour to four hours to get to the coast, depending on where we lived in California, it was still much, much closer than it is now... although I do hope we get to visit the Great Lakes sometime in the not-to-distant future, which I've heard is kind of like visiting the ocean.

2. Which is more fun: Christmas Eve, or Christmas morning?

Growing up I loved going to the Christmas Eve church service, and singing Christmas carols and standing holding lit candles... and I still look forward to that night of eager anticipation all year long.  Christmas morning is wonderful, but I think Christmas Eve is still my favorite... and one of these days the babies will be big enough that we'll be able to go to a Midnight Mass! 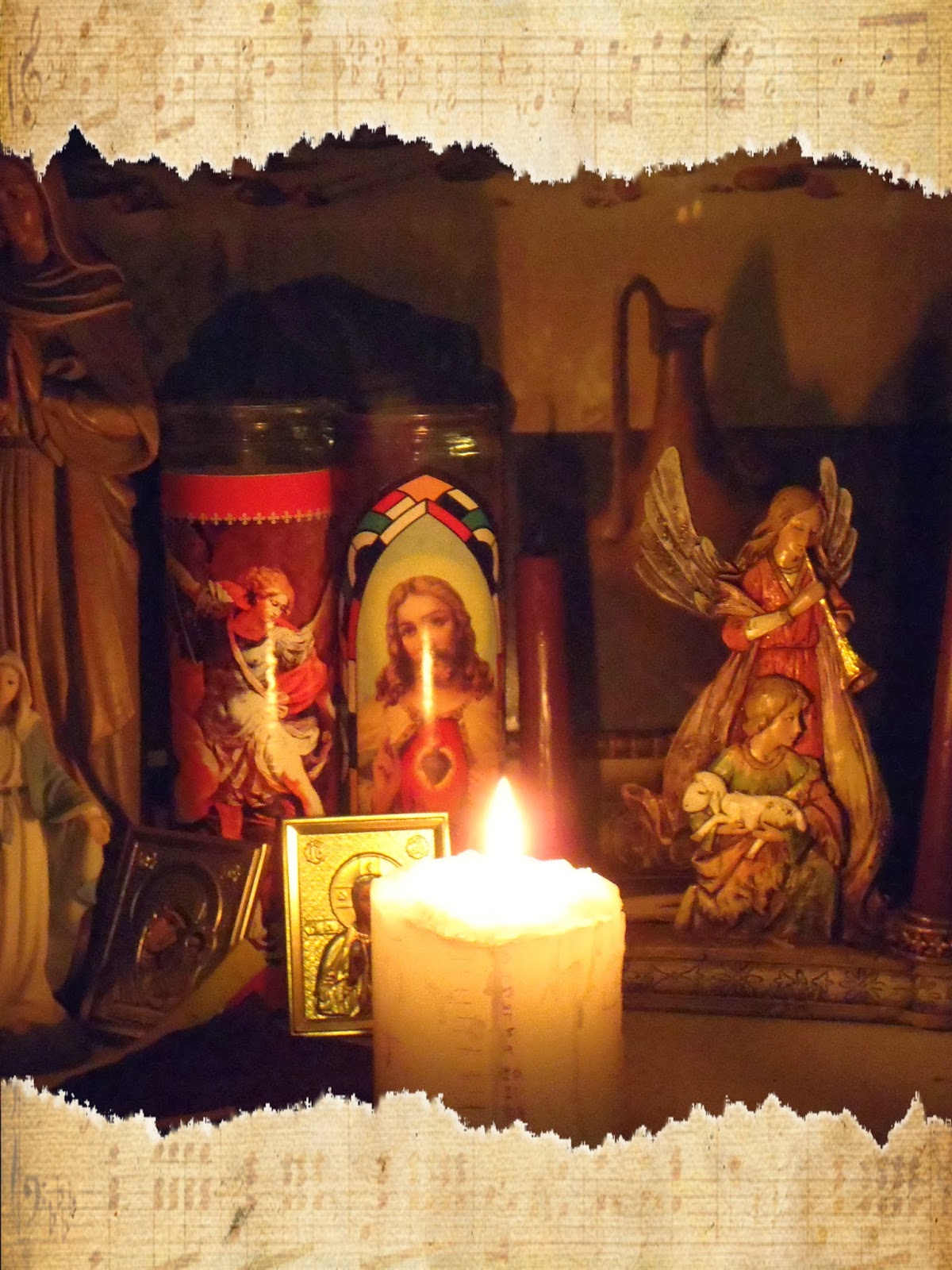 3. What’s the most embarrassing childhood outfit you remember wearing?

There was a lot of neon in the 90s and I embraced it fully.

I'm not sure there's on particular outfit that stands out as the most embarrassing (and it would only be embarrassing in hindsight, because I pretty much embraced the neon-ness of the time wholeheartedly), but this one (in the photo below) would probably be up there.

It was the ski outfit that I very proudly picked out when I was eight.

My mom liked it because she could always spot me when I was coming down the mountain:


4. Your house is quiet, you don’t have to do work (housework included). What do you do?

Nap.  I would definitely nap.  There's never enough time for sleep and so sleep always sounds like the best thing ever...

But there's always more housework!  And more regular work too... and they usually carry the day when deciding what to do!

5. What movie do you want to watch when you’re feeling under the weather?

I don't really have one particular movie that I watch when I'm sick or sad or anything like that... I usually just watch whatever catches my eye on Netflix or Hulu.  Lately I've found myself watching sci-fi program(s) on Hulu... but then I end up complaining to Paul that sci-fi shows inevitably get canceled as soon as I start watching them (I'm still a little bitter after they announced the shows that were canceled after this past season that just ended... because it felt like every single show that I liked go the axe...).

6. Did you have an American Girl doll when you were little? If so, which one?

I was really, really spoiled hen it came to American Girl dolls.

I got an American Girl Doll for several years for Christmas (and if memory serves, for a few birthdays too).  First it was Kristen and then I think Bitty Baby was released, then Felicity and Addy and Molly and Samantha.  There were many, many tea parties and all of the dolls are quite thoroughly loved.  They're still at my parent's house, but one of these days when we have an actual house that doesn't have water creeping in every month (and maybe a tiny bit more room... and a slightly less destructive three year old?), I'll hopefully be able to bring them out for the girls to play with.

For now Sadie has Kate: 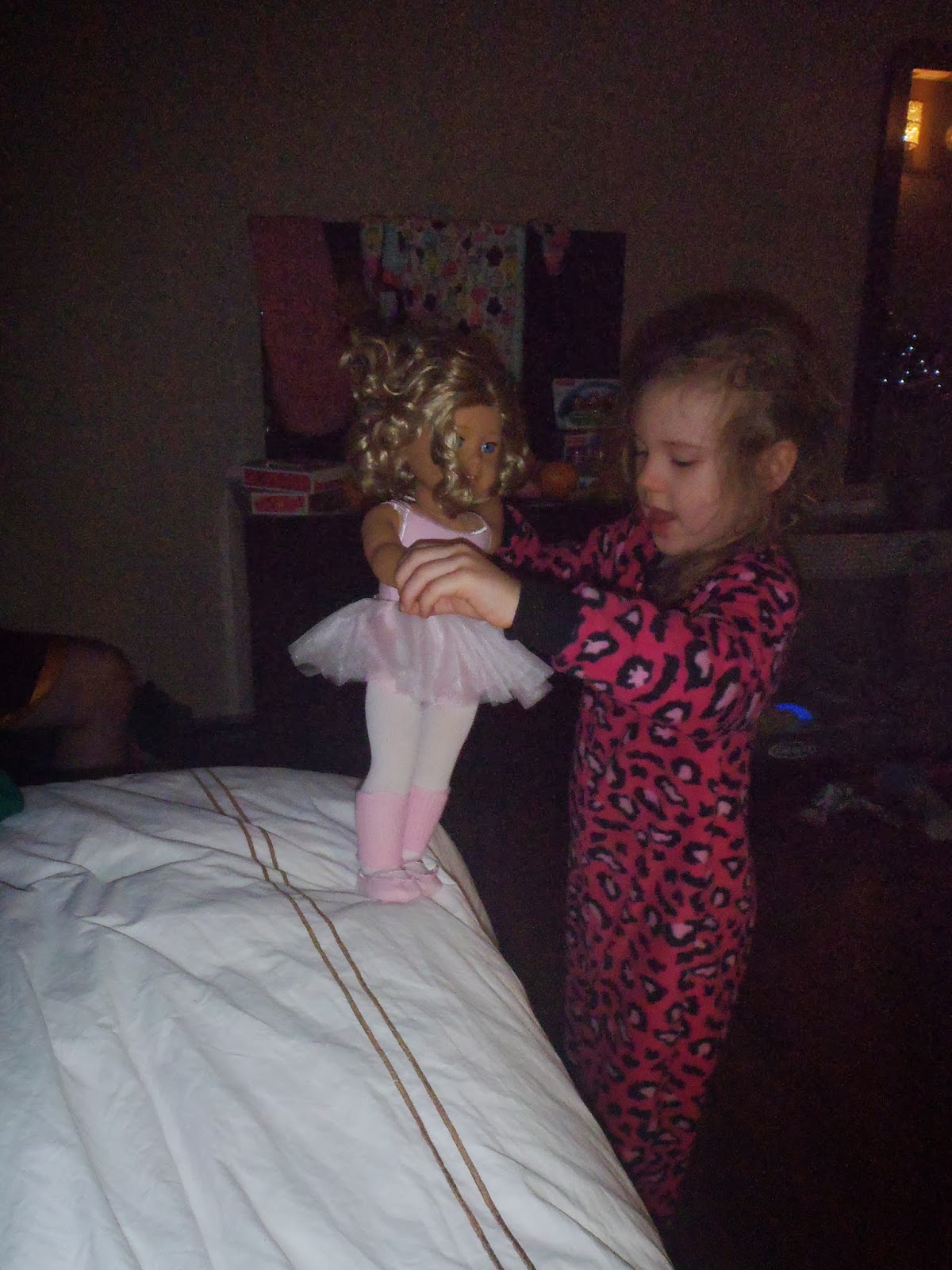 For more Answer Me This head over to Catholic All Year...

Now in other totally random news from our house...

We made it to Mass this morning and we were actually there to receive the Eucharist... despite the fact that there was a diaper malfunction that resulted in me being fairly wet by the end, which probably would have been a reason to go home to change... but it was so close to the end that I told Paul that it was okay, it would dry, I was not giving up, it really wasn't that bad... I mean, no one was melting down...

However there won't be a WIWS post this Sunday as a result because I changed the moment I got in the house.

I did manage to grab a few pictures, however, during our "Pool Party" this afternoon.

Pretty much every time we go outside Sadie announces that we're having a "pool party."  Patch grabs the hose, Mae flips over the pools and they set the entire thing up by themselves (they only need me to turn the water since it's not in the yard).

A certain 18 month old even put this chair half in the pool to lounge in.

Unfortunately Patch has apparently decided that I'm the paparazzi and that he wants nothing to do with me.  And my asking him to smile and look at the camera only seemed to make things worse: 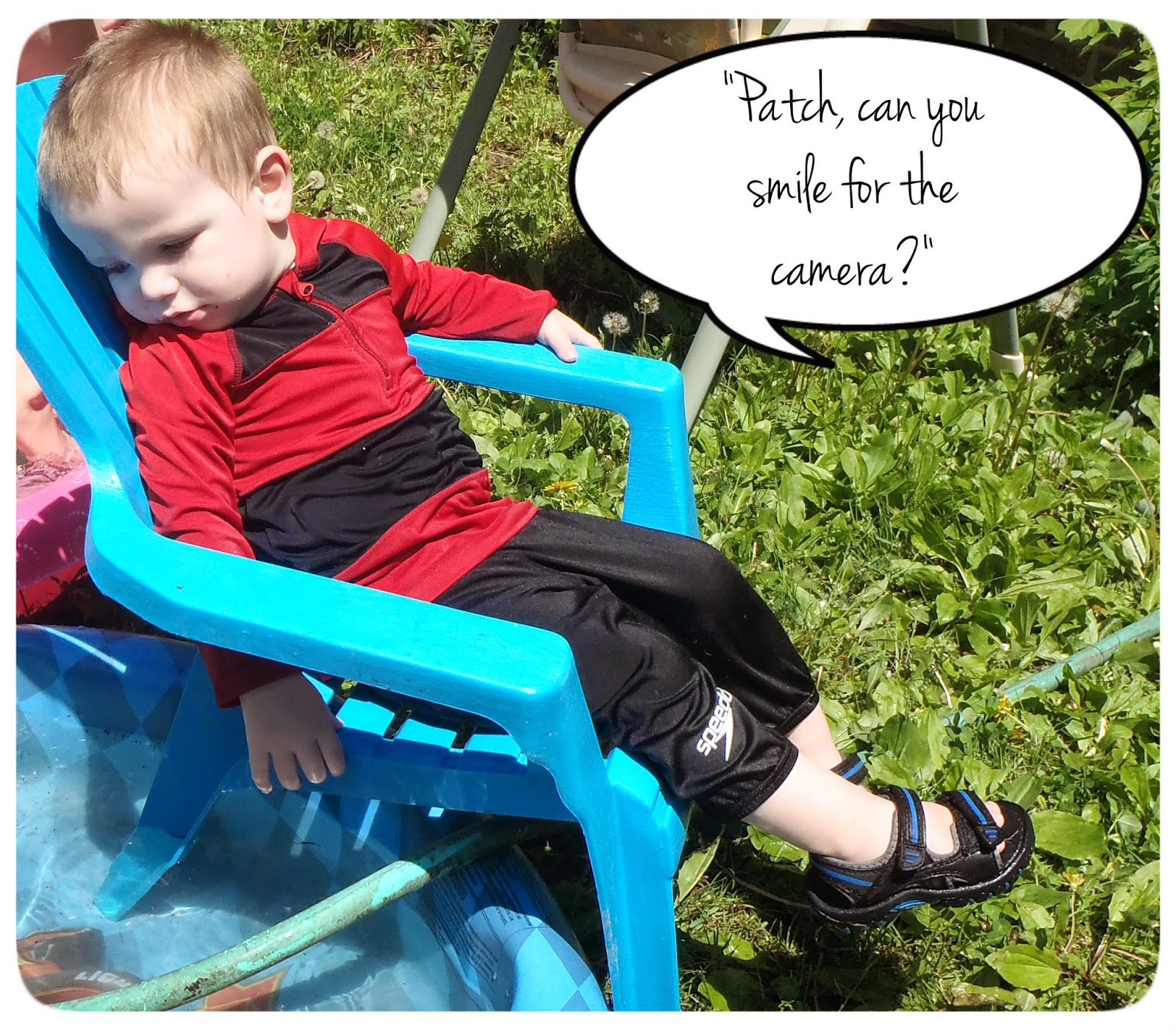 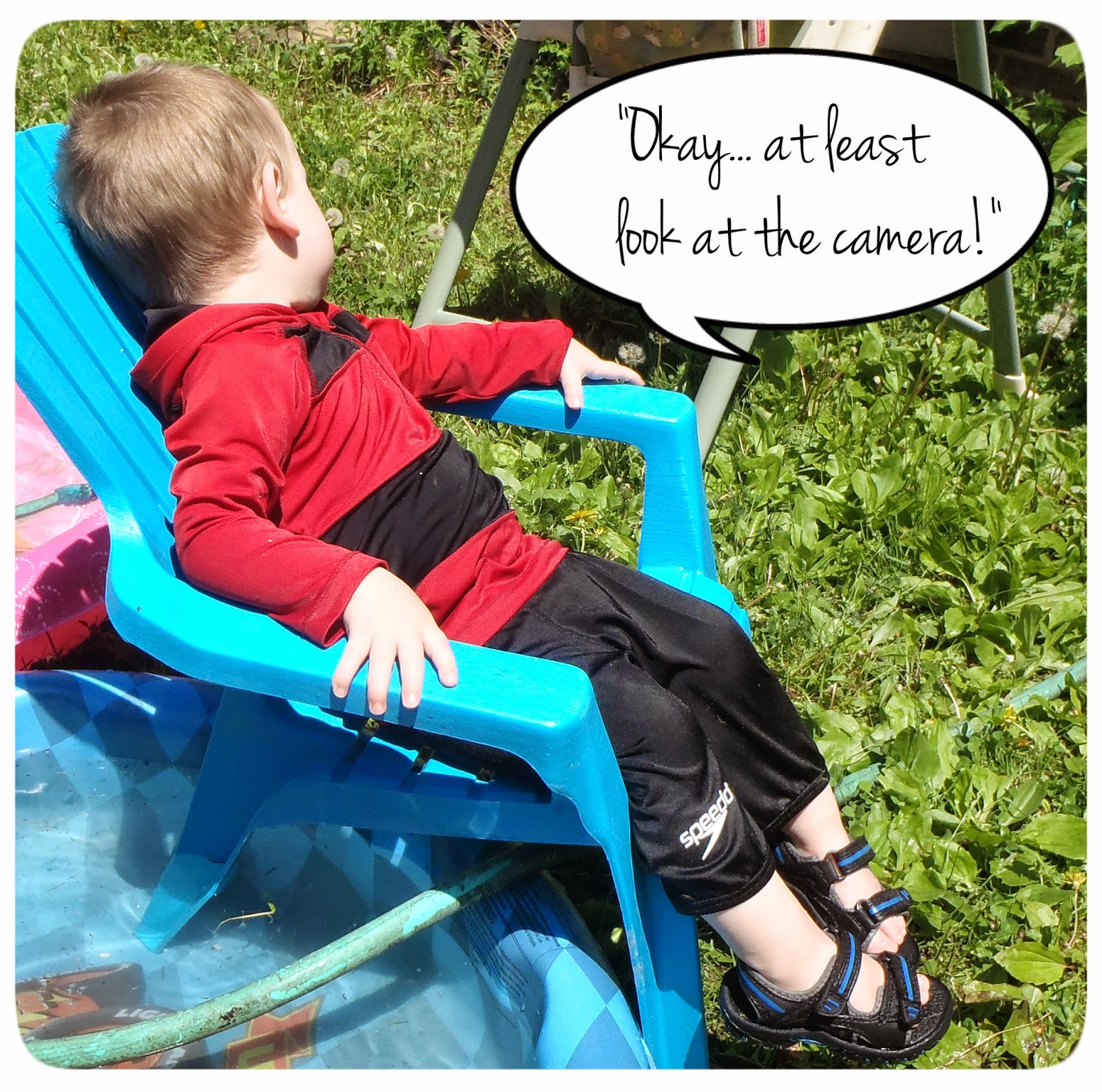 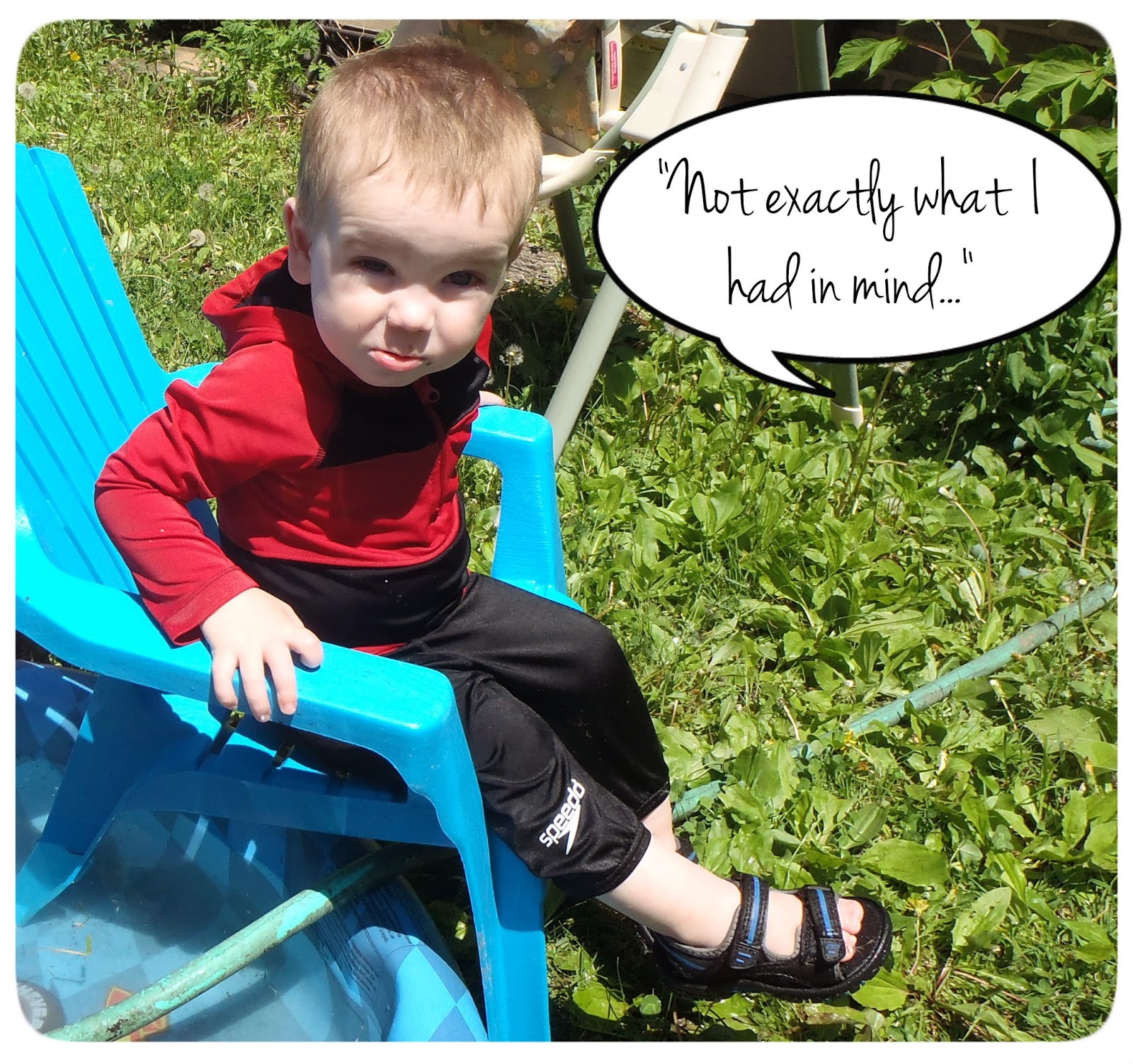 Also, if anyone missed the duck this last week, don't worry, he's back.

I turned around to try to fix our table umbrella (it's definitely not fixable) and turned back around just in time to have a discussion with Maggie about how her bathing suit with a tutu is a bathing suit and can get wet.

She disagreed.  Strongly (she's not a fan of water touching her clothes and freaks out when it happens). And so, in the interest of "picking my battles" there will be duck pasting for any pictures from today's Pool Party that Maggie made it into.

For those of you who are wondering the Chicken Mummy project is trucking right along.  We removed the chicken from the mixture, dusted him off (because the baking soda/salt mix was soggy) and replaced it with new spices/salt/soda and put the chicken back in the bag.

Sadie is very, very excited about how the whole process is going.

Surprisingly, the chicken didn't smell at all today and really wasn't very gross.  It was already much drier than I expected it to be! 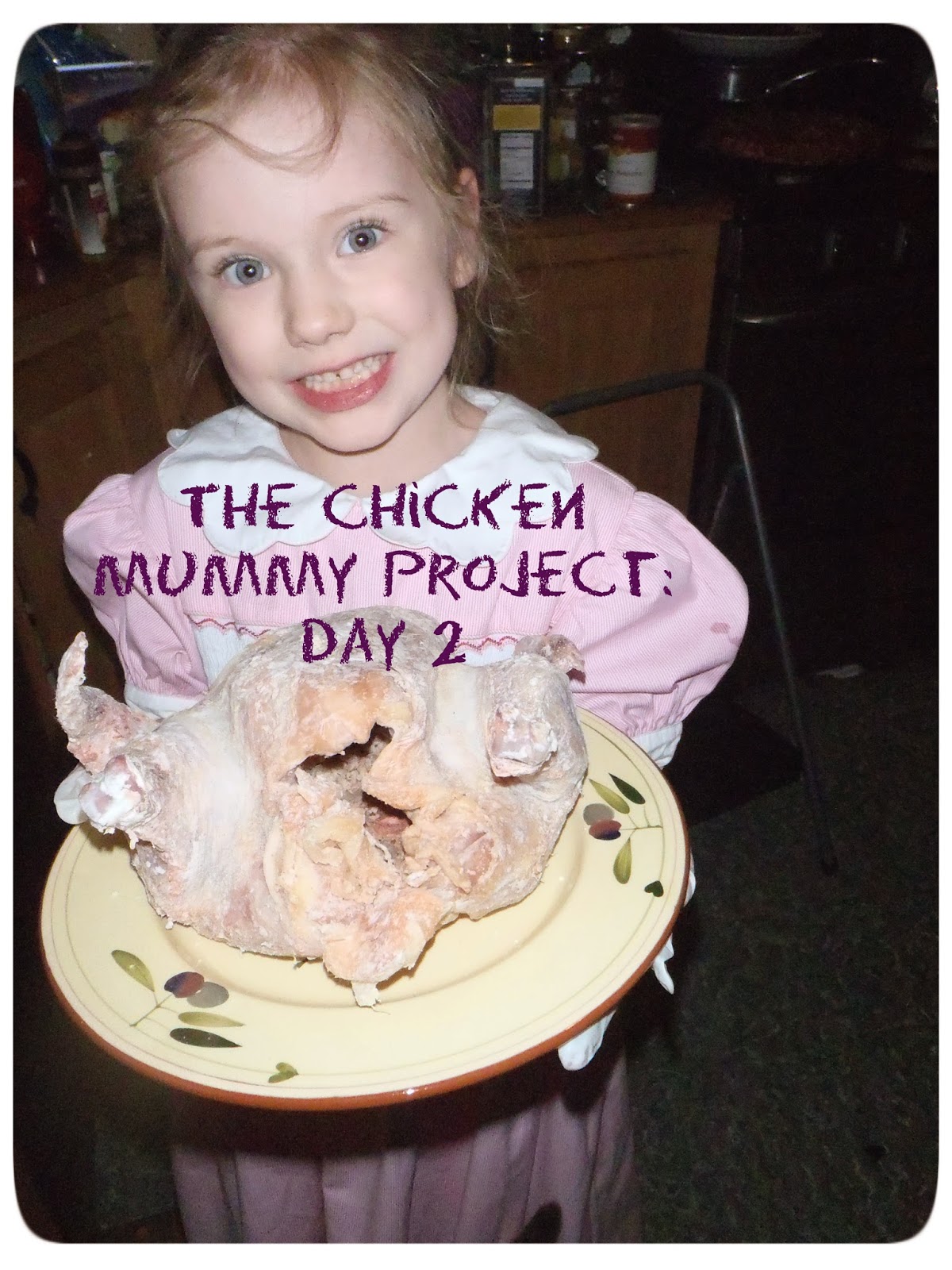 Now to get some sleep before Monday arrives (less than an hour left here in our time zone).

I hope you're having a great Memorial Day Weekend!
Posted by Cammie Diane at 11:12 PM