A Long Night... and a Prayer Request for a Sick Bunny...

Mae had fun all day but shortly before bedtime she started crying and acting really off and I pulled out our new temporal thermometer and got a temperature of 101.2.  So there was a reason for the tears during Mass... although she seemed to be feeling fine at the time (that's one of the downsides to her having such an extremely high pain tolerance. She usually doesn't show symptoms until she's very sick...).

We gave her motrin and took her up to bed and a while later I went to check on her.  I took the thermometer with me, suddenly very grateful that we had it, and scanned her forehead while she slept.  103.7.  I'll admit I was slightly more worried because she's already been on antibiotics for eight days for an ear infection and they'd seemed to be working, and because we had already given her motrin, so we were wondering if this was a new virus or if it had to do with whatever she had before. 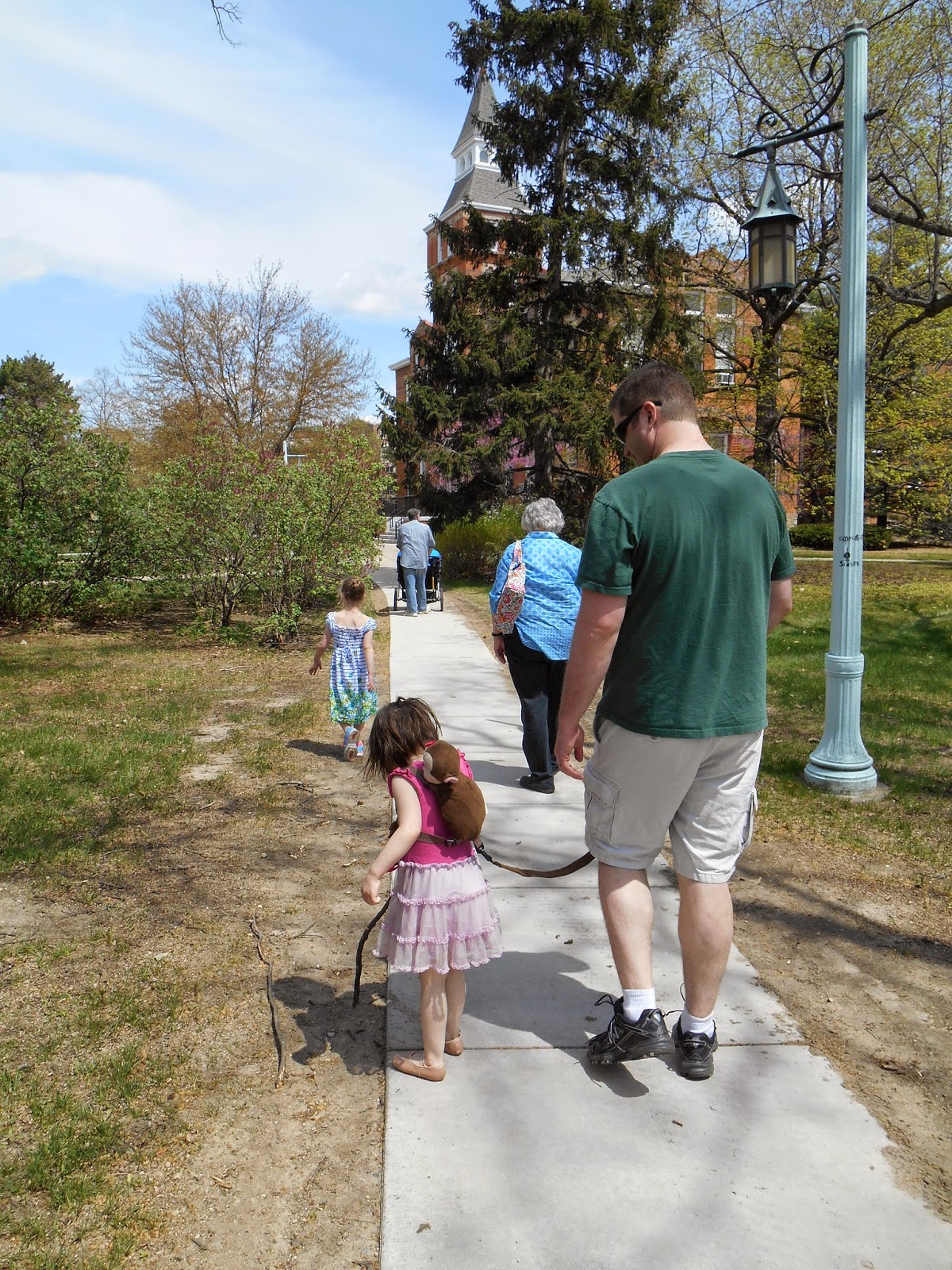 Thus began a night of medicine, calling the doctor, and trying to convince her to drink water in the big bed.  From 2:30 to 3:30 she felt well enough to play with her toy mermaid, which spent most of the hour swimming back and forth between Mommy and Daddy, occasionally landing on someone's head.

I talked to the on-call doctor and he said that from the sounds of what I was describing he believes she has some sort of an infection, which I find especially worrisome if it's true, what with the cefdinir for the last (now nine) days.  He asked me to watch her breathing all night, looking for chest retractions and I went back up stairs to begin Maggie-watch-2014.

I'll start calling the doctor's office again as soon as it opens to get her an appointment and then... we wait to see if this is just another virus or if it really is some sort of infection that apparently isn't effected by the antibiotics she's already been on.

If you have time to offer up a prayer for our little bunny I would appreciate it.  She's had such a rough winter this year and I'm ready for her to be feeling like her regular happy little self again!

Edited to Add and Update:  Mae's doctor got her in at 9:05 this morning.  She still had an ear infection, despite all the antibiotics, but they also think she has another virus and possibly gut related problems from her almost all the time tummy troubles.  So... they gave her antibiotic shots and are hoping that will at least eliminate the ear infection and any infections that might be resulting from her stomach problems...  and no we wait and pray that it works!  Thank you to everyone who's been praying for our little bunny!
Posted by Cammie Diane at 7:58 AM