In the Backyard with the Kiddy Pool....

Some sort of virus is still floating around the house (which is my explanation for the lack of blogging these past couple days).  We were home from Mass on Sunday as a result, when both Paul and Patch came down with it, and today after days of sniffling, I took Sadie's temperature to find that she was the latest member of the family running a fever...

And yet after a morning inside the natives were restless and were demanding to be unleashed upon the freshly mowed backyard.  So I asked Sadie if she was up for it, and when she declared that she was in fact ready to go out, we moved the fun into the backyard.

It started out like a fairly normal day.  Everyone was clothed.

Mae was looking exceptionally cute in her favorite Dora dress: 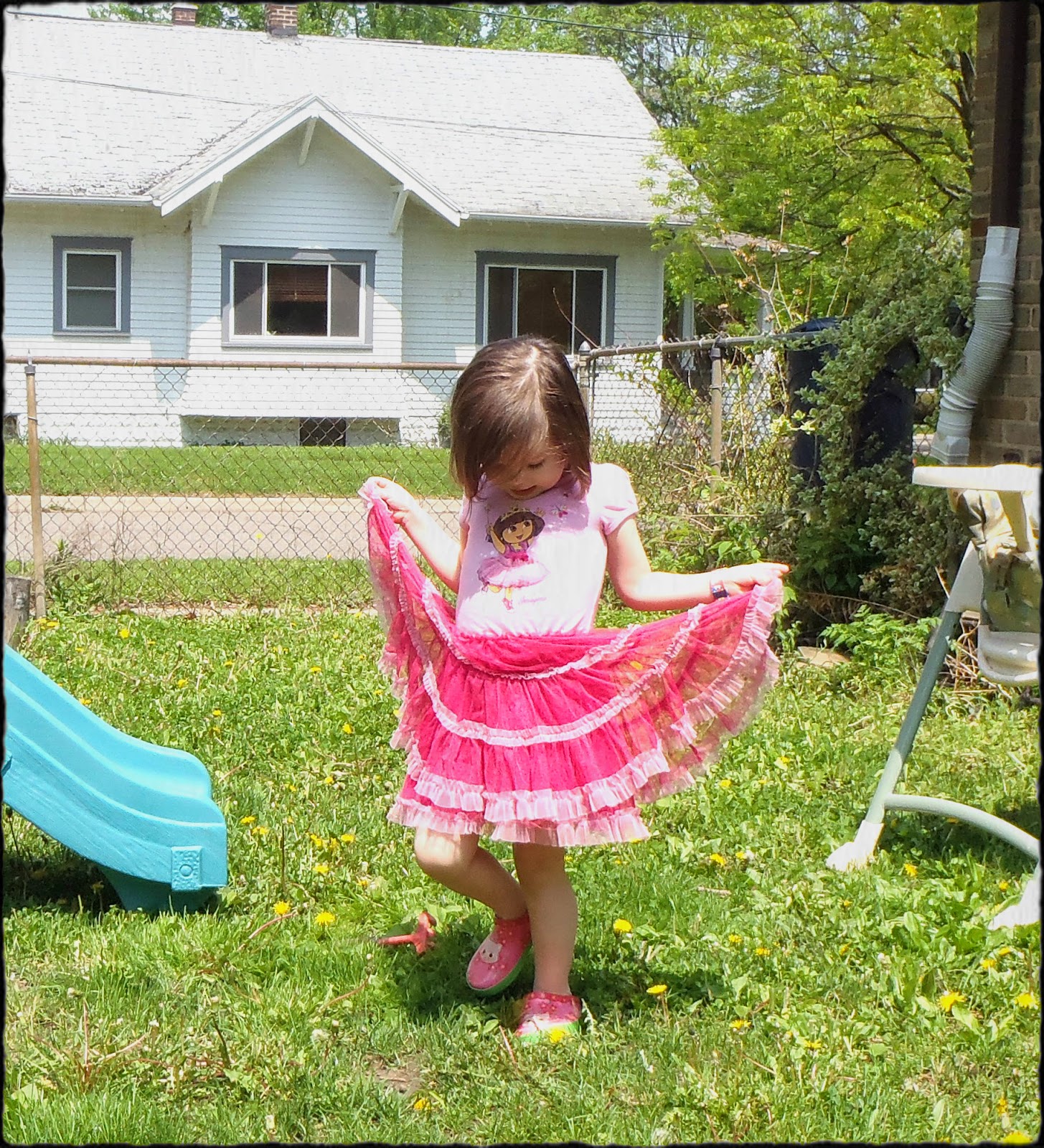 Sadie was spending the day in a outfit she discovered at a local thrift store... 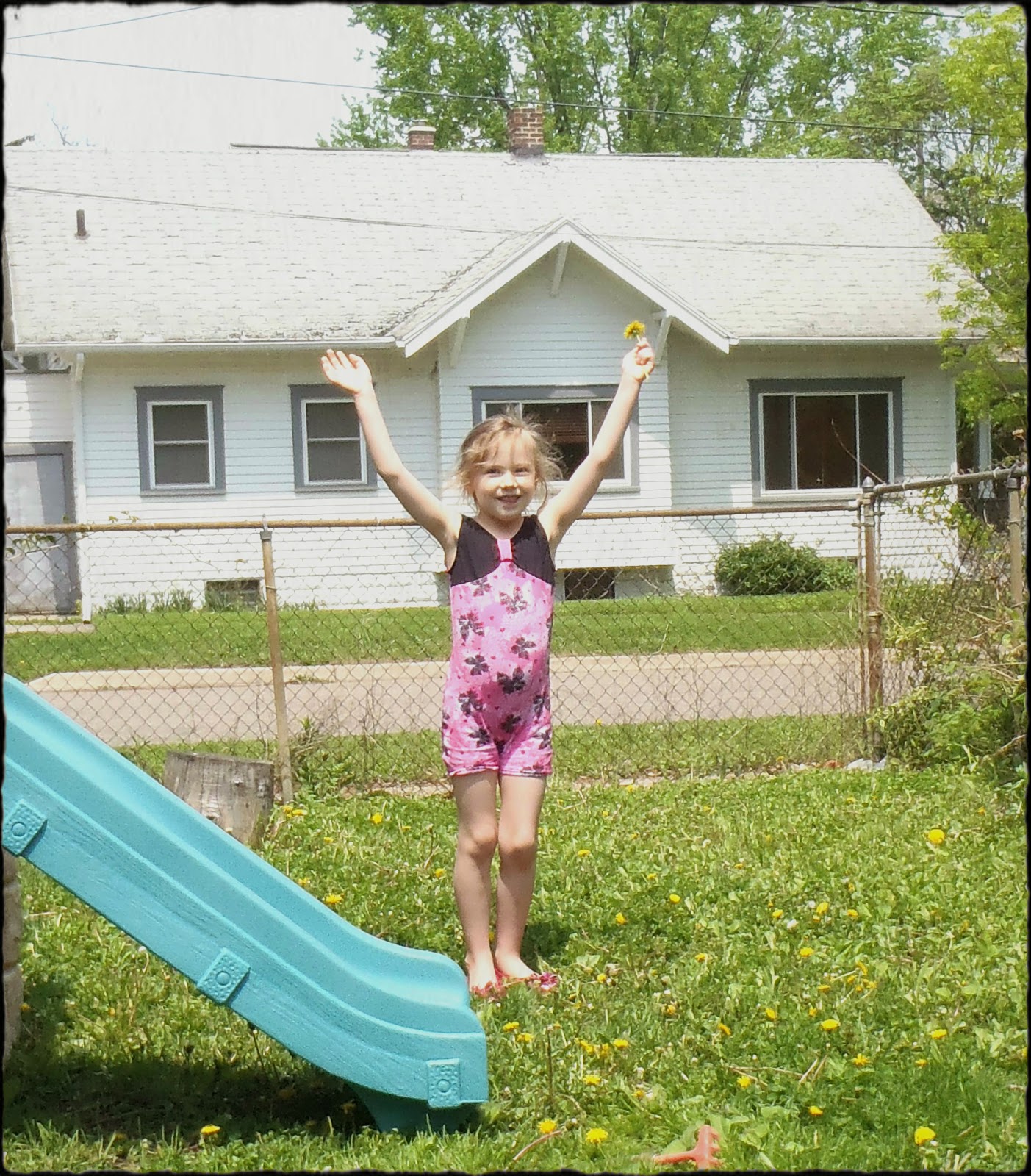 And then the demands for the kiddy pool began... "Okay, I said.  I don't mind if you get your clothes wet!  We can change when we get inside!"

But suddenly clothes were flying everywhere and I was saying thing like "no, no, diapers stay on!" (and at least they did).


A game quickly developed.  Patch had the hose.  If anyone touched the hose, he screamed.  He could spray the hose in the pool, but if he got splashed or the water touched him in any way, he screamed.

As you can imagine, there was a lot of screaming.

Then he marched over and demanded I help him get dressed, because we'd been outside for more than ten minutes and that's pretty much his limit for being outside. 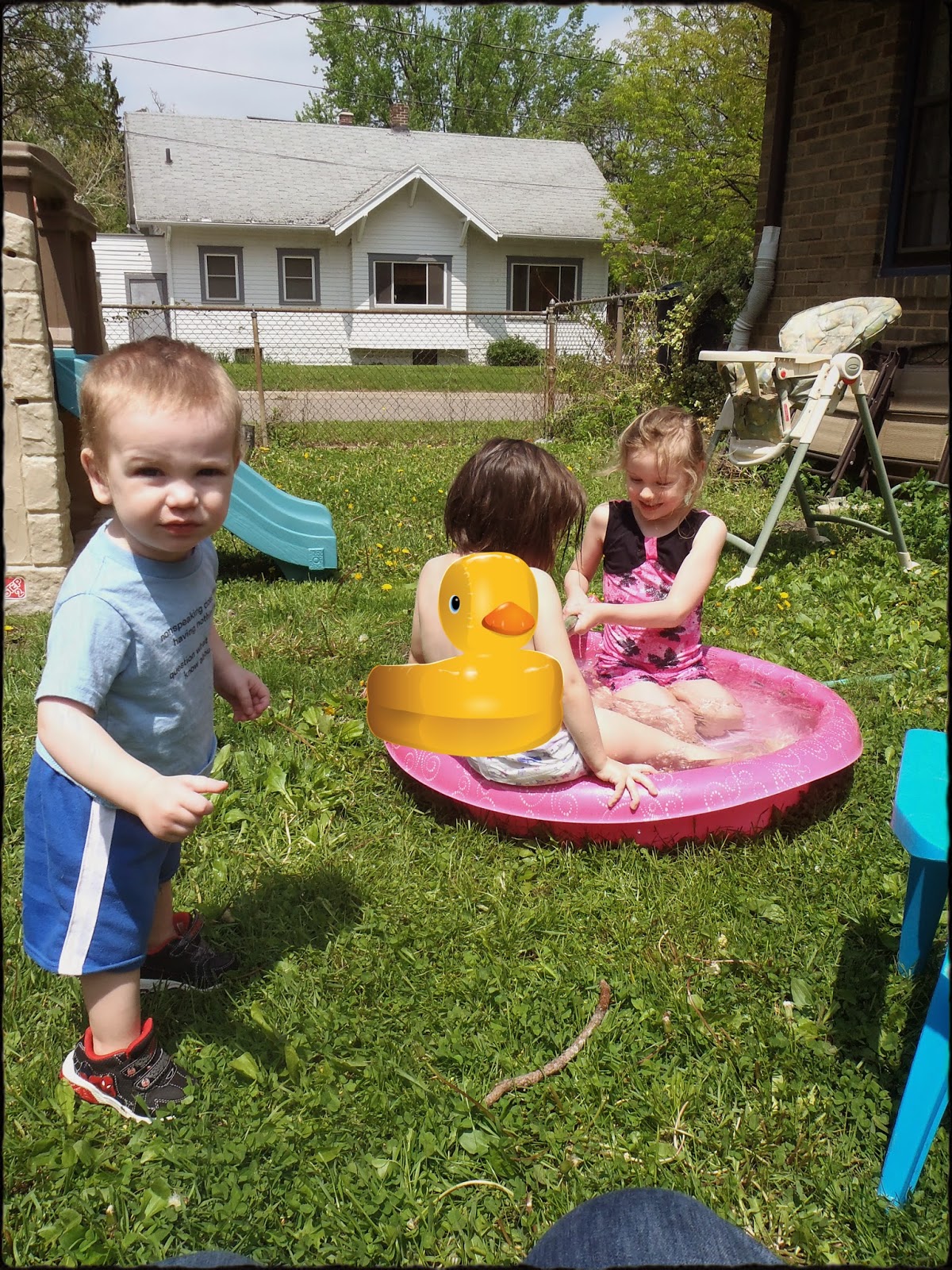 When I didn't jump up to demand the girls come inside, he took my keys off the table and tried to use them to "unlock" the gate. 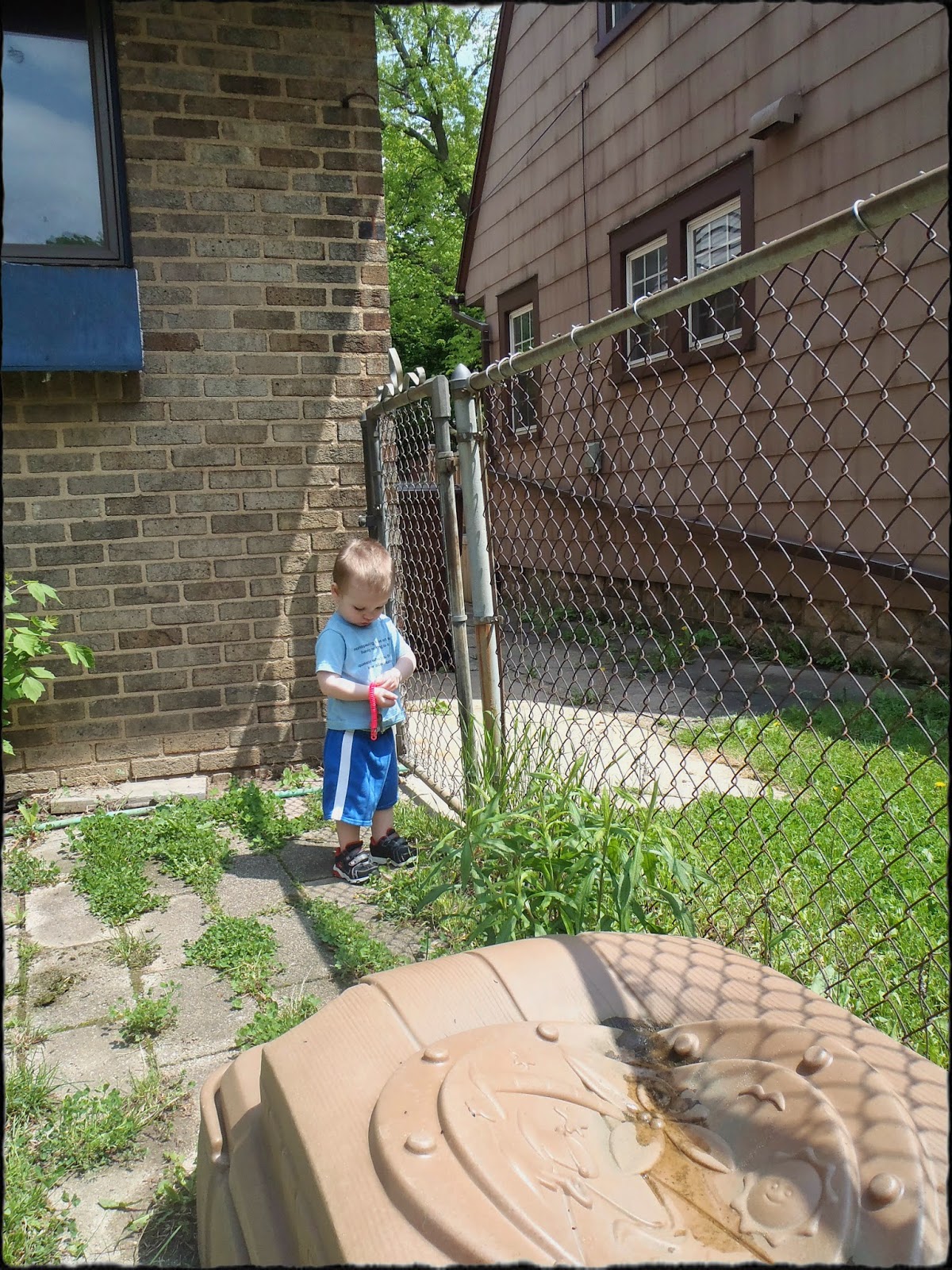 And finally, when I pointed out that there was a ball in the backyard (which is pretty much his favorite toy on earth) he picked it up and... tried to throw it at his sister's and their "pool party." 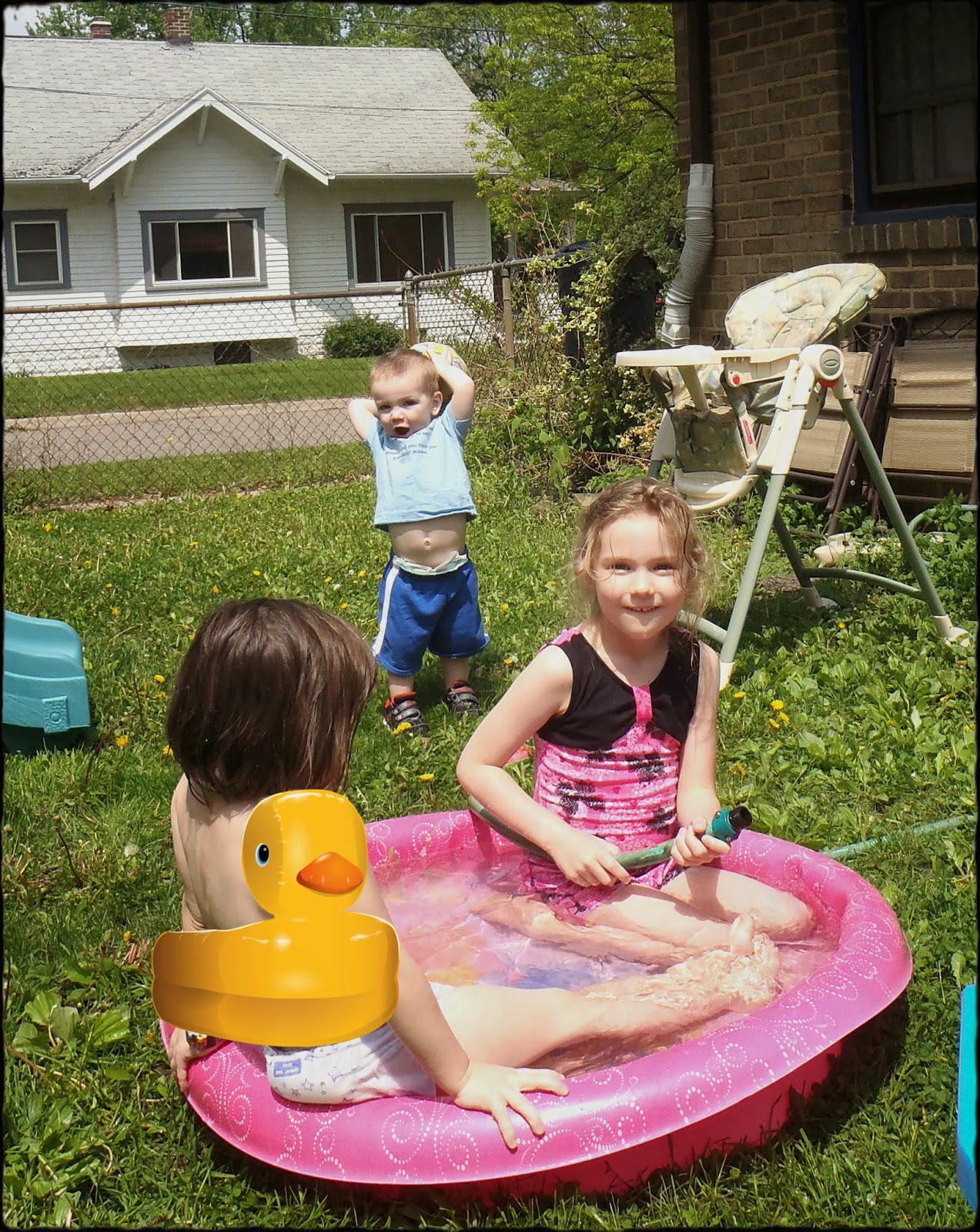 He is such a little brother.

Here's hoping that Sadie is feeling better tomorrow!  I am so ready for the flu season to come to an end.
Posted by Cammie Diane at 6:59 PM