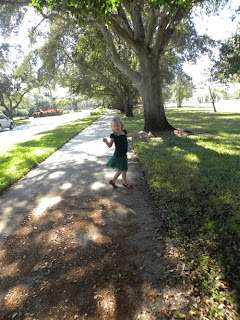 The mystery of Sadie's horrible allergy has been solved.  She was allergic to... her car seat.  And I'm very, very thankful to the reader who mentioned Britax and it's poor testing in the toxicity department back when we were talking about car seats, because I'm not sure how quickly I would have thought of it otherwise.  You just don't think someone is going to be allergic to a car seat...

However when Sadie got out of the car after a five minute drive yesterday afternoon, it was pretty clear that the car seat was to blame. The welts were forming anywhere her skin had touched the seat (thankfully the dress was a thicker fabric this time, so the welts weren't completely covering her).

A quick dose of Bendaryl almost immediately reversed the effect (as did standing in the bathroom and scrubbing her skin with a paper towel to get whatever flame retardant chemical was on it off, and we headed over to Target (walking... thankfully it was near where we were), where they took back our Britax Marathon and let us trade it in for a Graco My Ride.

I'm praying that the new car seat works out.  Sadie rode in a Graco My Ride all summer at Nani's and didn't have a problem.  I was pretty shocked to read that the car seats that scored the worst were both Britax Marathons...  But I'm also thankful that she doesn't have some horrible nut allergy either... which was one of the things that was being considered.

Something I've noticed driving in the south is the amazing number of drivers who see a mini van, cheer to themselves (okay, I'm assuming here) and then attempt to draft behind you for miles and miles, getting as close to your back bumper as they possibly can to avoid any wind and boost their mileage.

At first we would move over as far as possible to let everyone pass... and then we realized that everyone was moving over with us.  Last night it was starting to get annoying as I was attempting to follow Paul in the van and cars and trucks were trying to drift off both of our cars, which means that we're pretty much being tailed all the time, even when the rest of the freeway is completely empty.

I think there's just a little too much Nascar going on here. 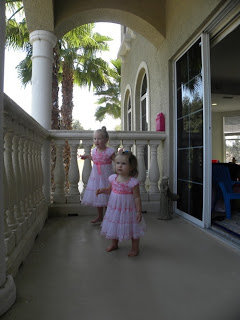 I worried a bit last night about leaving all of our belongings out in the U-haul, where anyone could just come along, clip a lock and steal them.  Then I realized that we really have absolutely nothing of real value and that any person that wanted to put that much effort into stealing our 15 book shelves and dozens of boxes of theology books was probably in for quite the shock when they realized what they'd taken.

We're still in Florida.  We finally got out of the apartment last night at 7pm... after a torrential downpour made loading the last few boxes extremely difficult.  We almost drove 200 miles before our bleary eyes made us pull over and find a place to sleep north of Tampa.  Sadie announced that we would give getting out of Florida another try this afternoon.

It should be a relatively quite trip since the doctor ordered Sadie to take benedryl for two days after the allergy attack.  However Sadie sleeping in the car annoys Mae... a lot.  We learned on the trip out from California that Mae expects to be entertained by her big sister.  So it may not be that quiet after all.

I'm craving IHOP.  That's what happens when you stay at a motel right next to one...  I need cream cheese filled fruit covered pastries.... right now....

I cannot wait to arrive in Michigan.  I heard a rumor that it's supposed to be 60-something there on Sunday.  I took the girls out and bought them sweaters that fit.  I am so, so, so very ready to be cold again! 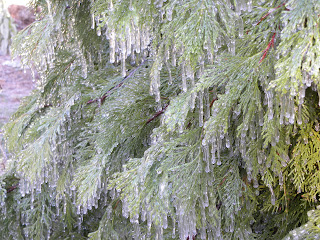 For more Quick Takes, visit Conversion Diary!
Posted by Cammie Diane at 8:09 AM