The Start of School (Formally at Least!) 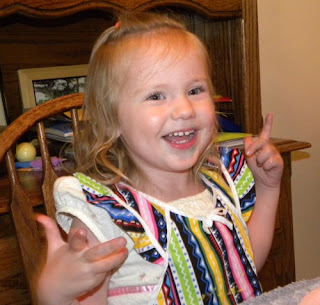 My goal for the next two days is to finish unpacking the house so that on Monday morning everything is unpacked and neat and then (before Sunday night is over) to have a freshly created lesson plan in place to start our little home school back up with a more formal schedule (or slightly more formal at least).

This summer Sadie has been a sponge, soaking up information and constantly surprising me.  Her fascination with geography, which began with a giant floor puzzle map before our move out to Florida, and expanded when I attached two huge laminate maps to her wall above her bed, has blossomed as we visited 23 states this past summer on our cross country adventure.

One of the things I've loved about this summer is watching her understanding of the places she's looked at on the map grow.  Back when I was in grade school I loved geography.  I loved the yearly geography bee and cramming my head full of geography facts.  But despite the fact that I excelled in the subject in school, while studying and reading books, I found that the pictures that I had in my head as we traveled west and then east, and south and then north, this past summer, were limited.  The actual places we visited had very little in common with the picture I had in my head from studying them. 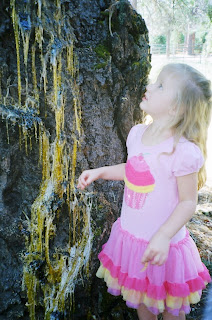 Sadie, on the other hand, spent most of the time in the car peering out the window and cuddling with a quilt map that I'd made her in the days before we left California, while asking repeatedly about which state we were in and then which states we'd already been to and then reciting there names and talking about what had happened in each state.  Yesterday she announced that her favorite state was California, and then Wyoming and then Michigan.  Most of the time lately however, it's been Michigan.

She brings up states and talks about them pretty frequently, and I love that she has a picture in her head of what they actually look like.  And I guess my memorized information came in pretty handy too, since I was able to answer her questions, for the most part, as we drove along routes 10 and 80 (and all the many, many questions when we were stopped for accidents in Tennessee and Kentucky and I felt like I needed a botany book to pass along all the information that she wanted to know).

Now to start delving (again) into the piles of homeschooling books that we have accumulated over the past five years since we found out we were expecting that first time, when I started hoarding homeschooling materials every time I saw a sale (and sometimes when I didn't because a book was just so awesome looking...).

I have to say, love the most recent articles I've been reading lately about homeschooling.  This one was my favorite.  This one was pretty great too.

And for those days when someone I run into asks why Sadie isn't in school (yup, it started when she was barely three...) and then launches into a socialization tirade about homeschooling that is amazing in so many ways, I feel like printing out this not so little chart (source) and carrying it in my diaper bag:

I guess this whole homeschooling idea isn't that crazy after all...
Posted by Cammie Diane at 9:07 AM