The Dandelion Drama and Our Saint Francis Statue

It's not always easy being a big sister.  Especially when your little sister sometimes feels like being destructo-baby (which since she's two, tends to be less "sometimes" and more like "all the time.").

Yesterday we headed out into "The Meadow" and Mae ran over to pick a dandelion.  Then she tried to put it back and was rather upset when it wouldn't reattach to the stem: 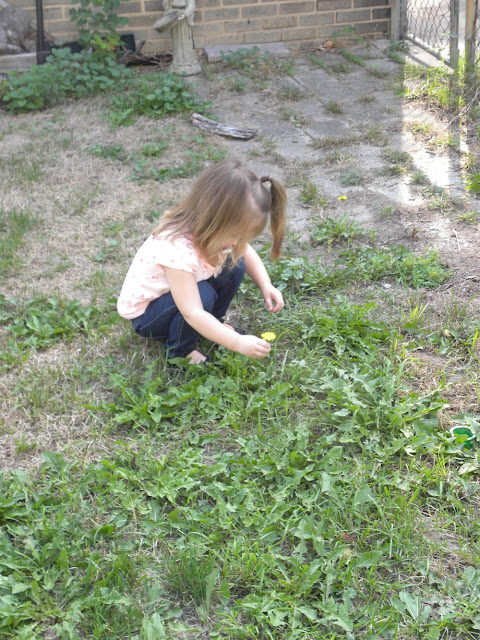 Sadie thought that picking flowers sounded like a great idea and quickly joined in the fun. 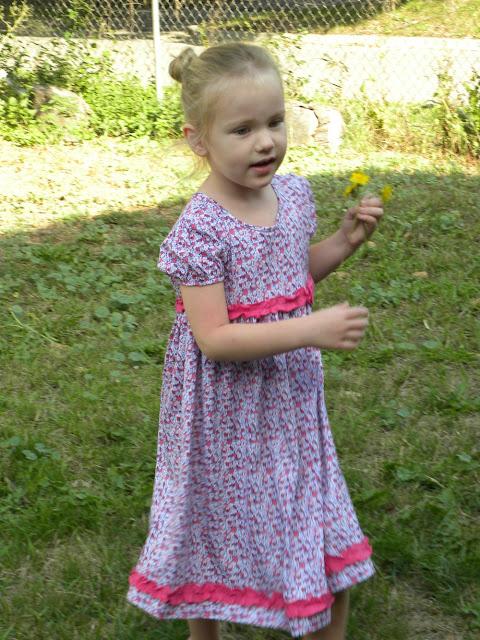 Then she decided that the perfect place for the flowers was the Saint Francis statue's basket.  And so she began bringing handful after handful of dandelions over and carefully placing them in the basket.

I should have seen it coming.  Sadie is carefully arranging flowers.  Is there any questions of what Destructo-Baby is going to do the moment those flowers are unguarded? 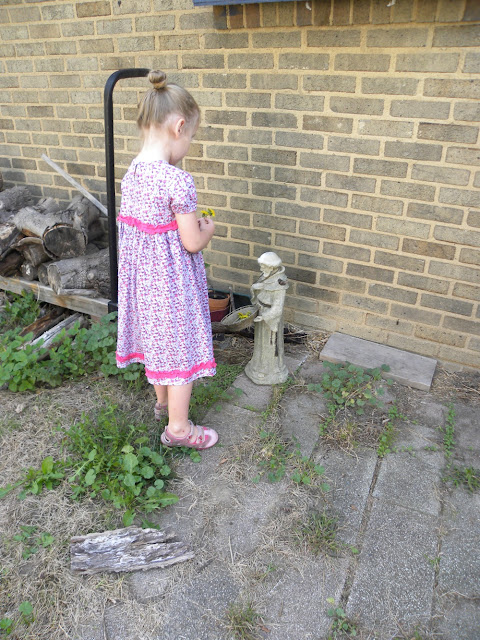 Sadie was not amused by her little sister antics.  She carefully picked the flowers back up and replaced them.

Yesterday we went out to play and Sadie went back to picking flowers and putting them in the basket.  This time, however, she was a bit more suspicious: 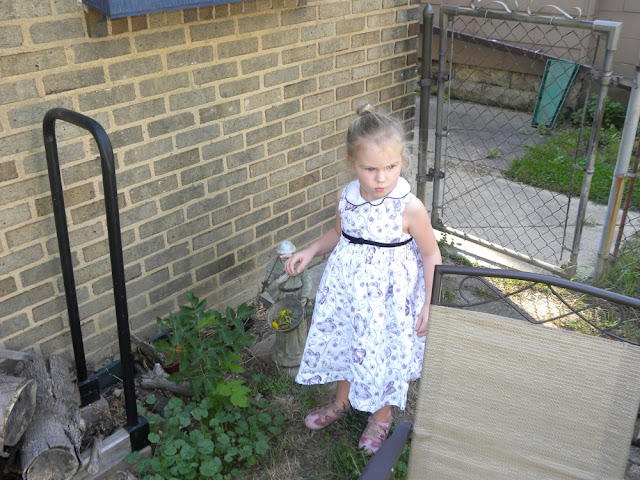 Rightfully so it seems.

Mae Bae waited until everyone's backs were turned (Daddy was snapping pictures of snoods for Mommy) and the next thing I knew Daddy was saying:  "Mae Bae, was that really necessary?" and the dandelions were back on the ground. 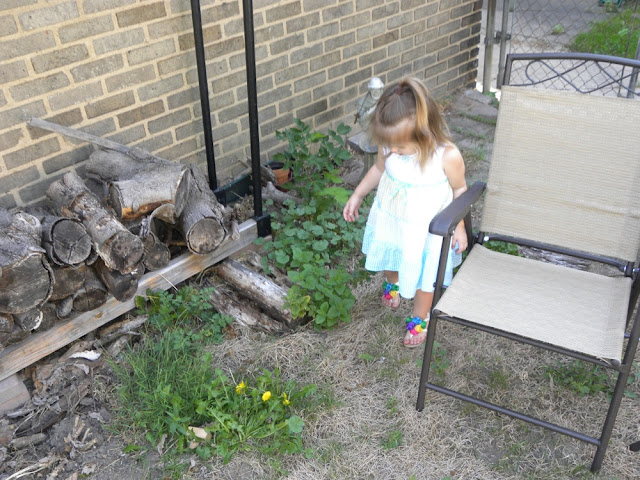 I have a feeling this might be a daily event.  At least until they've picked every single dandelion in our yard.
Posted by Cammie Diane at 9:23 AM