The Big Move: A Week in Pictures

I finally got around to pausing for long enough to load all the pictures from my camera onto my computer.  And so, here, at last, is the California to Michigan to Florida leg of our cross country trip:

As many of you know, it began with a bang (or maybe it was more like a whimper from the van that Sadie fondly calls "Cabrini" and talks about like a member of the family), when we broke down before even leaving Nani and Grumpa's driveway: 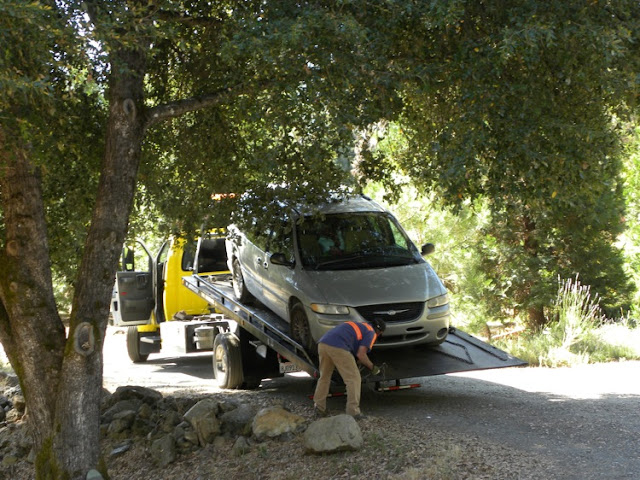 Thankfully they managed to rig the car to get it running (just don't take the key out of the ignition) and by early afternoon we were on our way.  We made it into the desert in Nevada that night after crossing over the Sierra Nevadas: 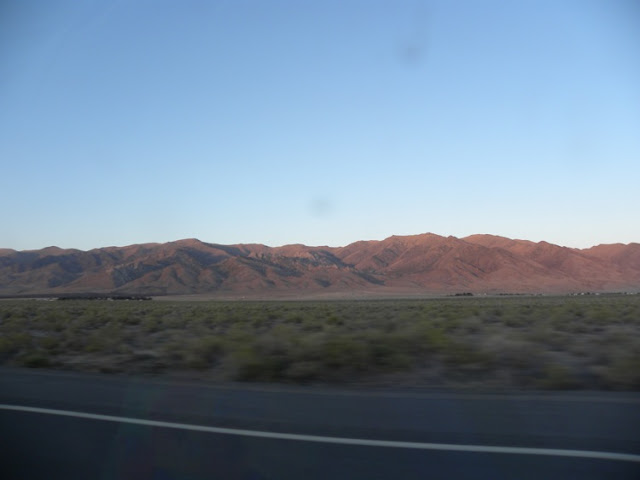 But would they sleep as we drove late into the night?  Of course not!  This trip was much too exciting and new for sleep: 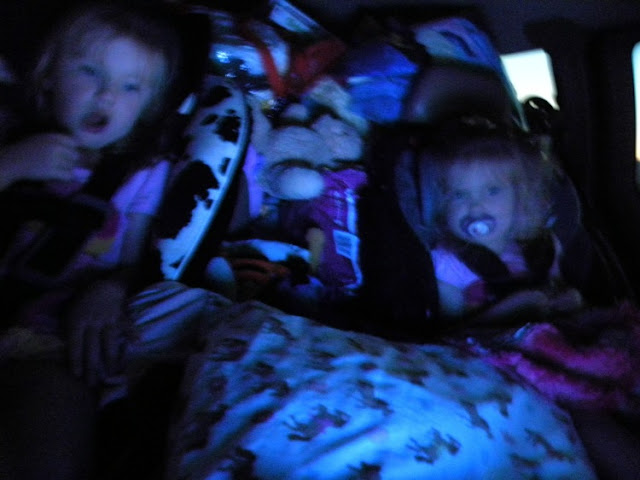 The next morning we rushed towards Utah to make Mass at the Cathedral... and then realized we had crossed over into a new time zone sometime before we crossed the great salt flats and were an hour late... 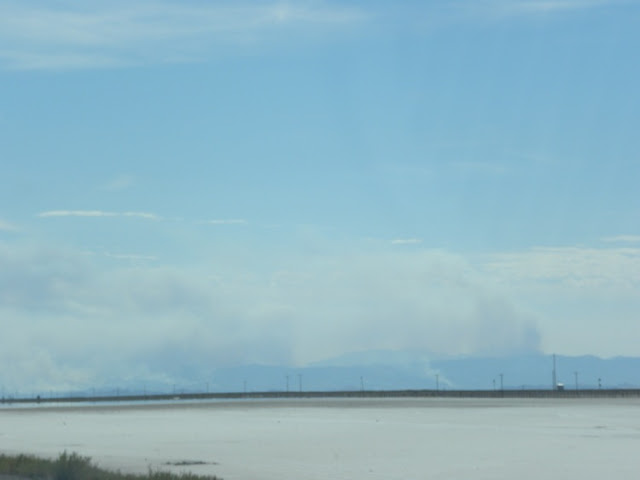 And look at Sadie, all ready to go with her homemade headcovering: 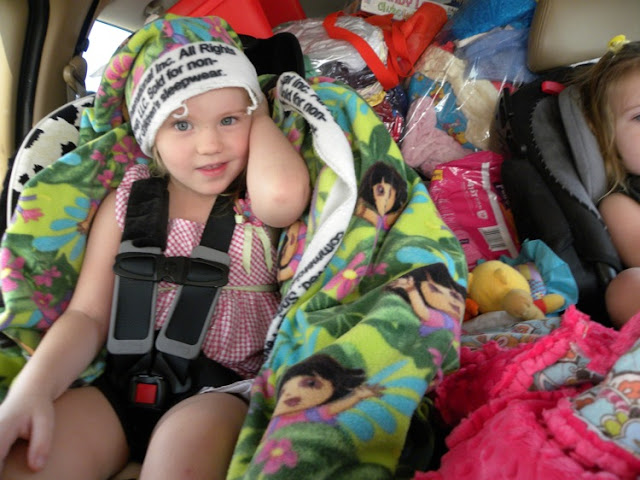 Of course Mae had to join in the fun: 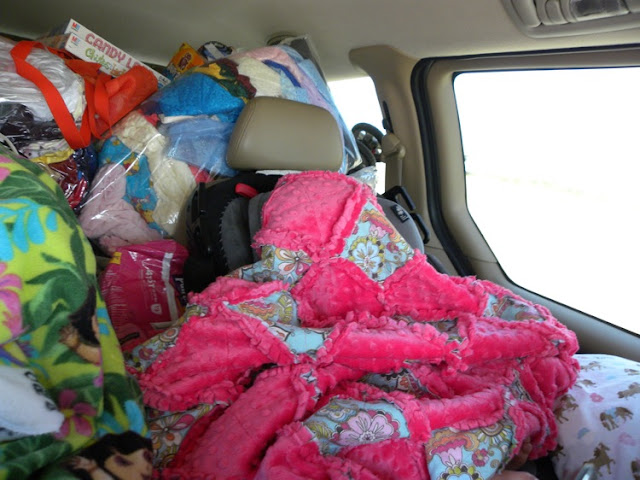 There was much talk of the Cars movie and Radiator Springs as we neared Wyoming (the rocks reminded the girls of Sadie's one time favorite movie): 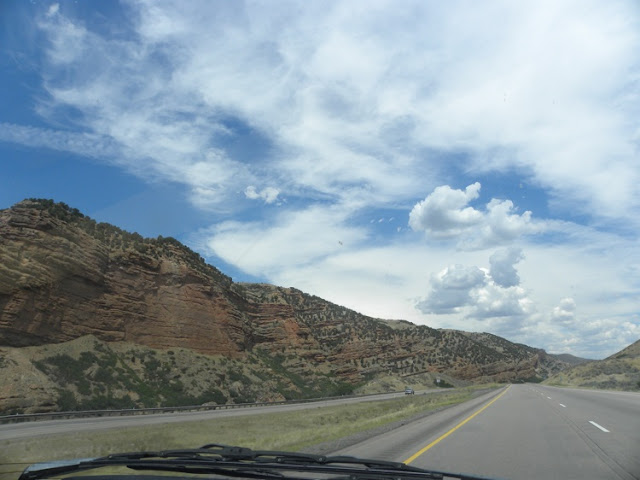 The sky turned dark over Wyoming and we spent an entire state wondering: What are those things in the picture below?  Windbreaks for the cattle?  Do any of my midwestern readers know?  It was good for hours of discussion (windbreaks were all we could come up with...): 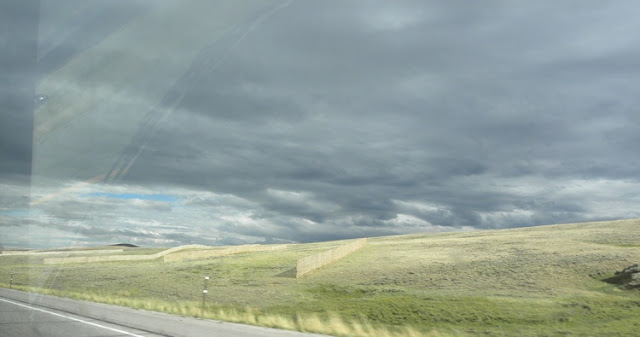 There was a rainbow as we drove out of Laramie: 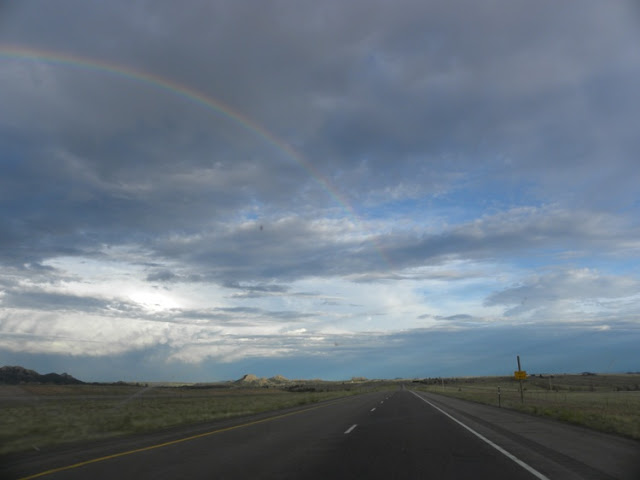 Mae Bae would have loved to have a chance to climb around on these rocks: 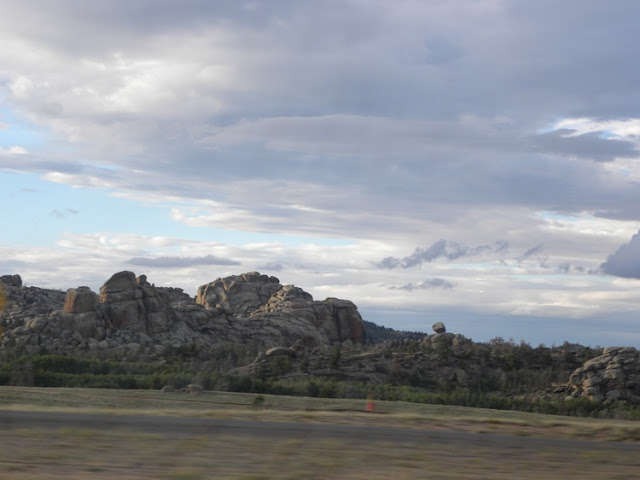 And Sadie enjoyed consulting the quilt that I finished making her somewhere near Nevada.  Paul chuckled when he asked how far along a state capital was in a certain state and I responded by looking at the quilt in my hands.  It became a running joke for the rest of the trip each time he asked for directions: 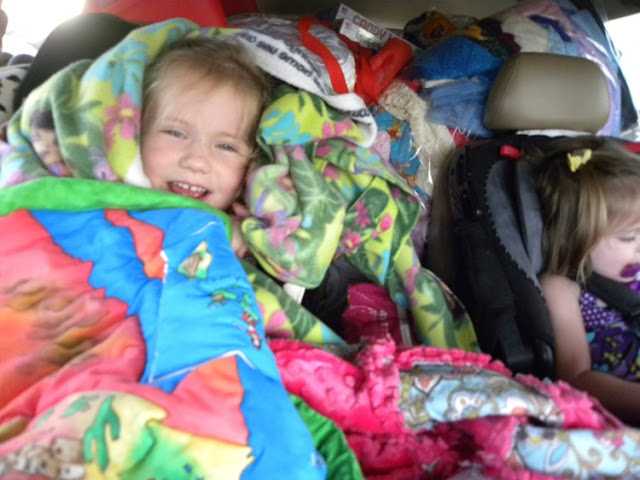 As a result of the stressful situation of another breakdown in Nebraska, pictures stop altogether until we reach our new home (which of course wasn't our home yet).  Here's a picture I snapped as we met to sign the lease: 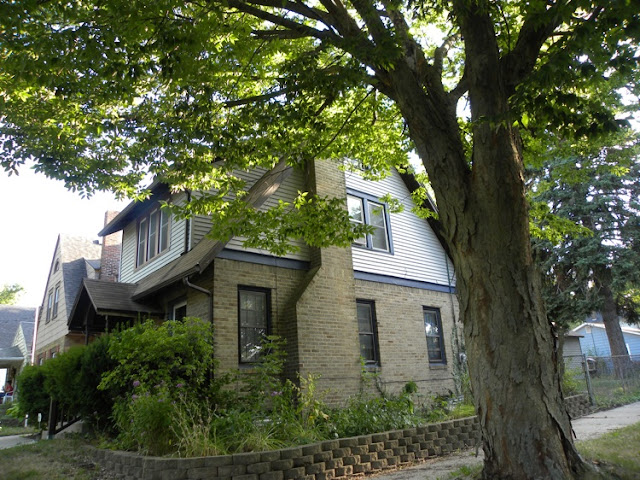 The next morning we headed south, zipping through Michigan, Ohio, Kentucky and Tennessee before stopping for the night in Georgia: 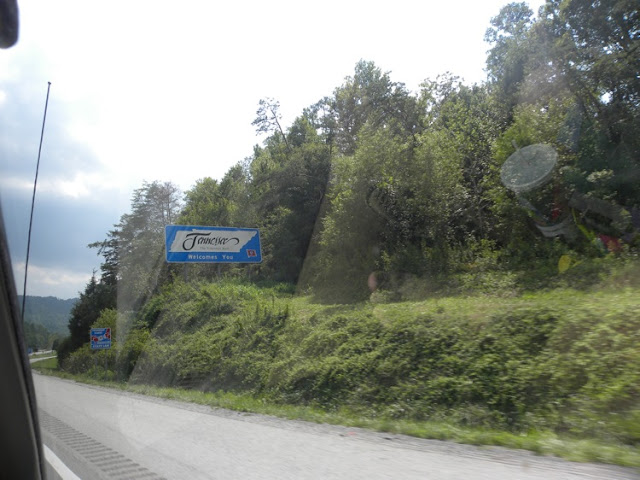 We finally got to go for chicken (it was my first trip to this particular restaurant!): 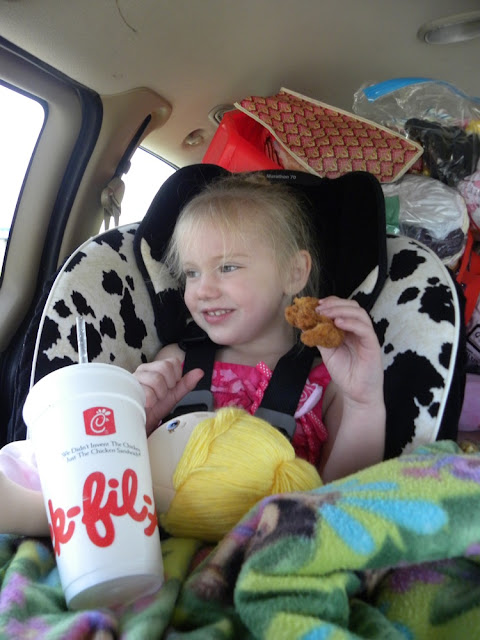 While Mae Bae carefully inspected her chicken before giving her approval by eating it (rather than tossing it onto the floor!): 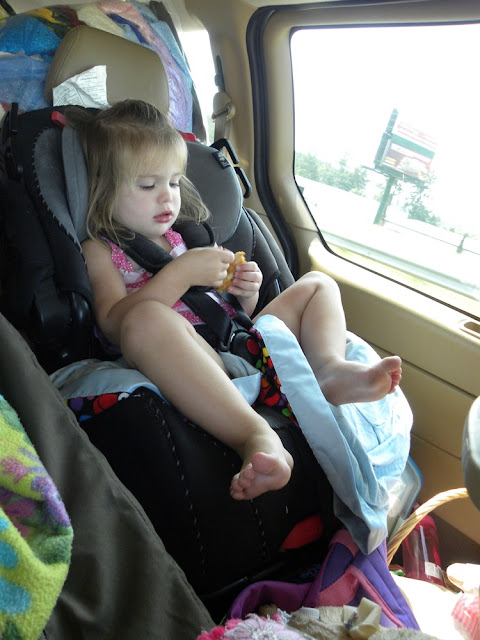 In Florida we said goodbye to Disney World and Epcott with one last visit.

Sadie, after six months of obsessing over Mulan and playing Mulan every chance she gets, was suddenly very, very shy: 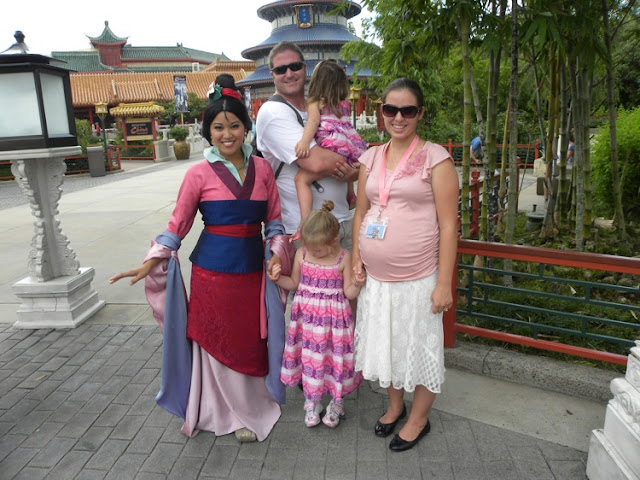 Although she did give her favorite character of the moment a hug: 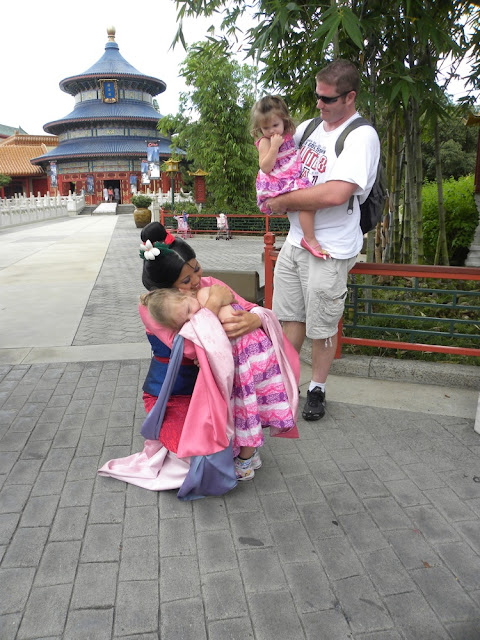 And she enjoyed the magic of the Magic Kingdom: 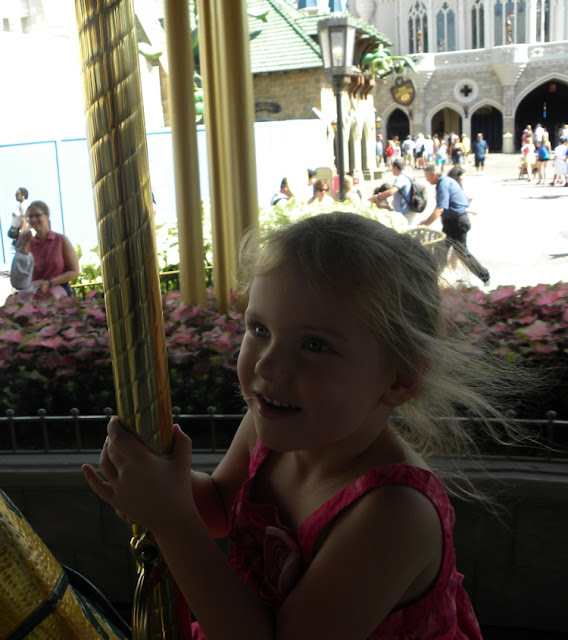 As did Mae, who recognized the parking lot and began to go crazy with giggles: 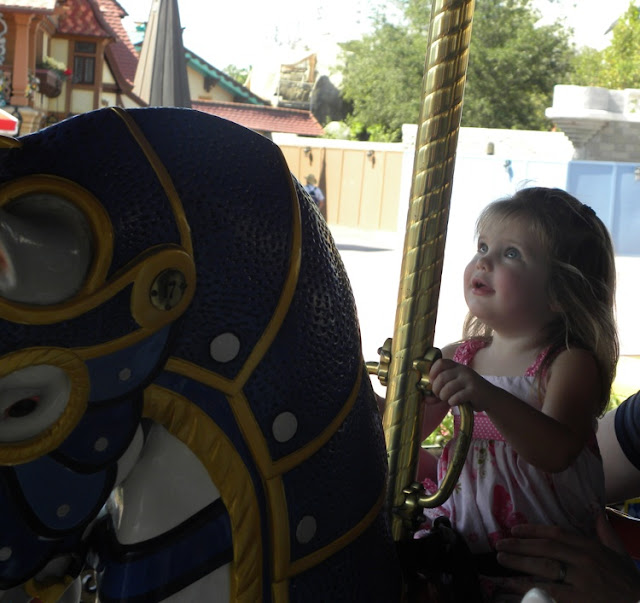 Then it was home for the less fun part of the trip.  Packing up everything we own and moving.  The girls and I spent a good part of moving day in the empty master bedroom, staying out of the way, with a few blankets to play with.  The girls made the best of it: 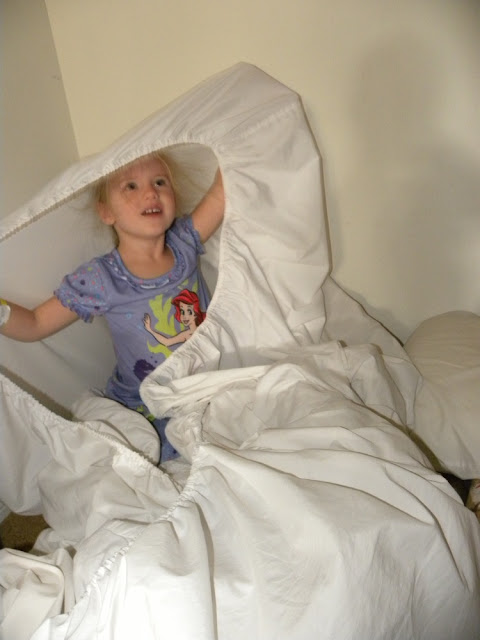 My carefully packed boxes slowly disappeared to the truck: 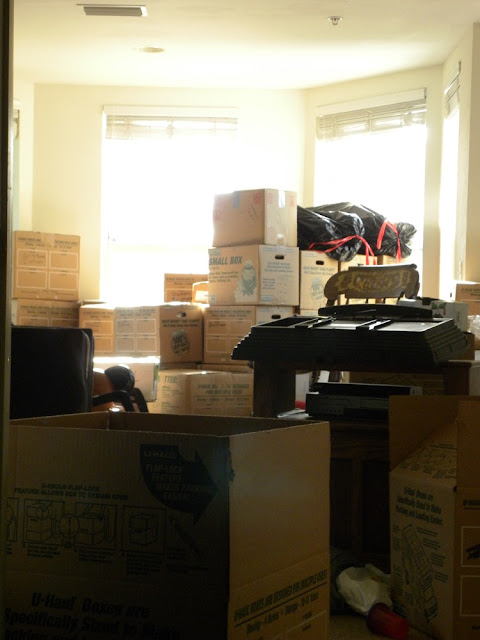 While the girls fashioned themselves baby beds and Sadie pretended to nap: 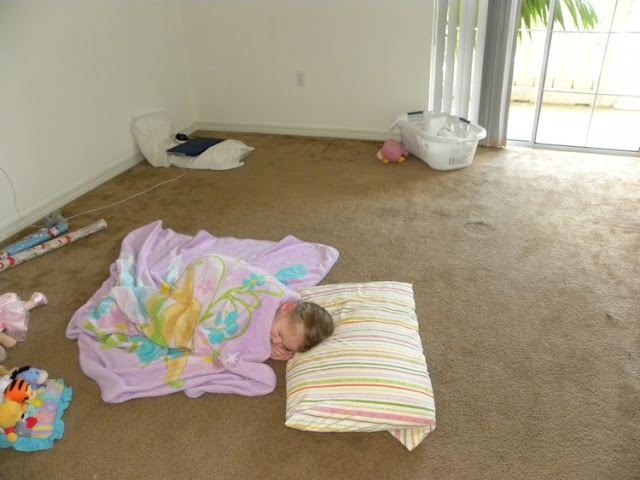 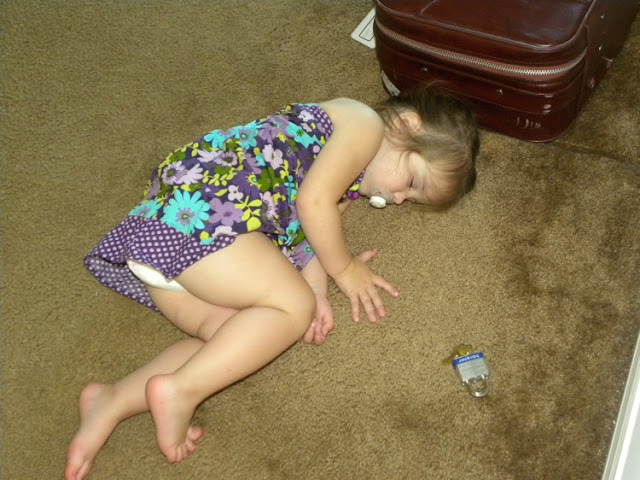 And finally, after hours of work and cleaning and scouring the apartment, it was time to head north.  We barely made it past Tampa that first night.  We stopped in Northern Georgia because of the thunder storm the second night.  Then it was on the Bowling Green, Ohio the final night.  And finally, after weeks on the road we made it to our new home in Michigan (my camera went dead while taking the final pictures of our clean apartment before we left).