As Paul's first day of school came to a close I came up with an idea for a special surprise dinner to meet him when he arrived at home.  I'd made one of our favorite beef recipes with garlic bread and spaghetti and a special dessert, and even found a bottle of sparkling grape juice we've had for who knows how long.  When he arrived we all moved outside into the backyard for a picnic dinner (the girls thought it was the most wonderful thing that had ever happened).

Paul snapped this first picture as I began to carry out the food: 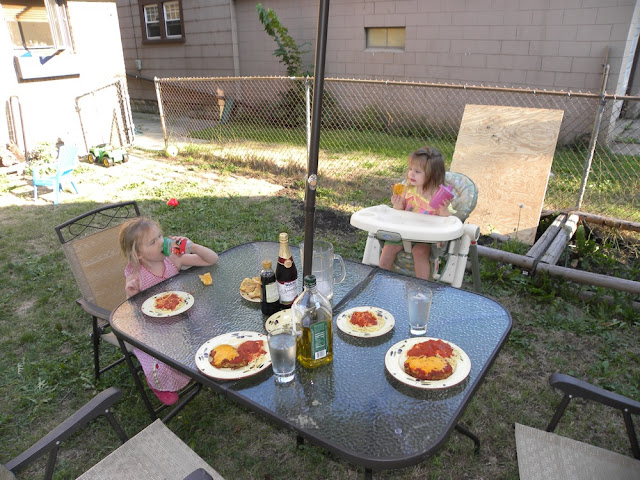 The beef is kind of like a chicken friend steak or chicken parmesan recipe, with cube steak (I love making this style steak, since it turns out so well after quit bit of work, and usually ends up costing around $1.5 per steak, making it a reasonable treat in a month of rice and beans): 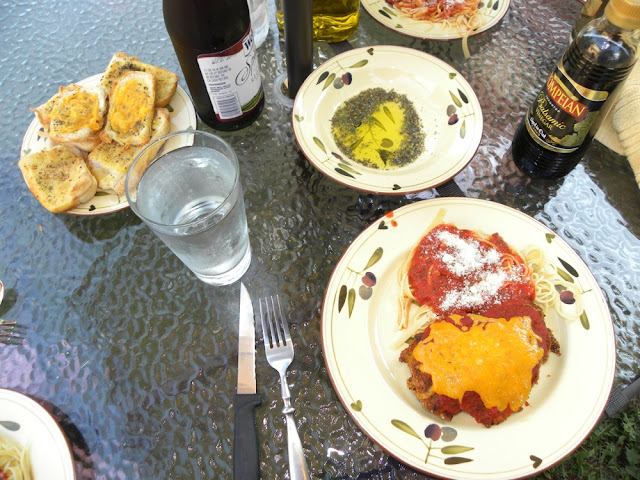 I accidentally snapped this picture and then liked how the juice looked and kept it: 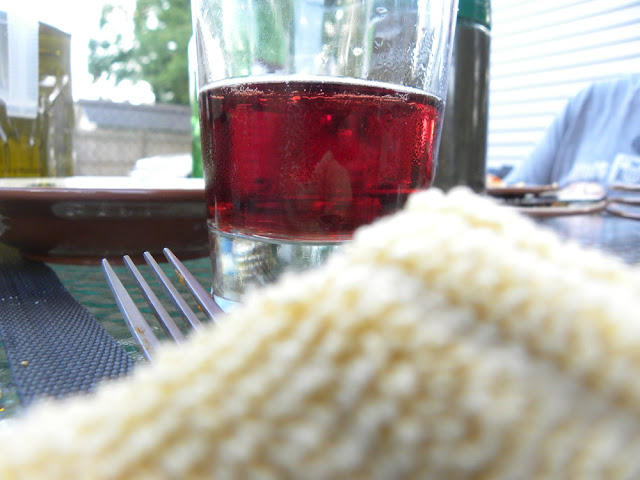 And then it was time for dessert!  This recipe was very tweaked by the time it was finished, with oatmeal and graham crackers, and was a definite hit with the family.  I've been in a baking mood lately... 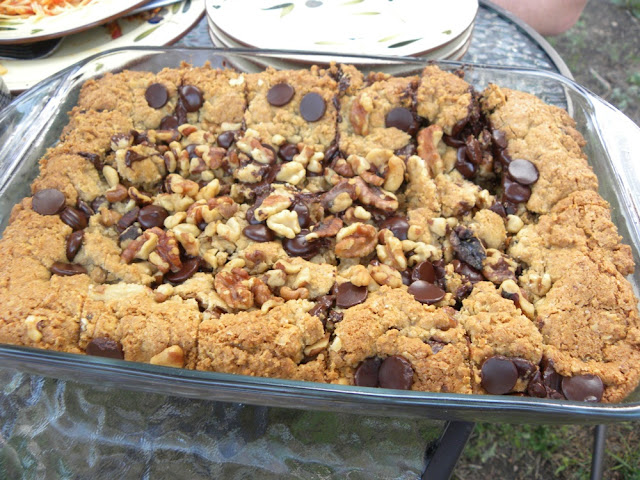 Now, on the nights when Paul is home from school, I'm aiming for eating outside every night, to escape the heat that the oven generates, since it easily raises the kitchen (which is next to the dining room) into the 90s while I'm cooking.  Slaving over a hot stove has a whole new meaning, however I'm fairly certain that cooking in an un-air conditioned house, when it's 90 degrees outside, is a huge calorie burner and a workout similar to spending an equal amount of time at the gym!  I'm sure I'm going to love this gas stove come winter... but right now... wow.  It is hot!
Posted by Cammie Diane at 10:11 AM