Yesterday I learned exactly what sort of a coward I am when it comes to childbirth.

Or at least, that's how it felt.

You see, I've longed to be able to go to a birth center.  And when I heard about birth centers attached to hospitals I would sigh dreamily and think that I would totally do that.  But the birth centers near me have always been out of reach... far off impossibilities and while I could dream of the loveliness it was always obvious, after three minutes on a website, that I wasn't the kind of patient that they took on.  No high risk patients, No VBACS has been common wherever we've been.

Yesterday I had one major goal (and a whole bunch of little tiny goals):  Find a new doctor and set up an appointment as soon as possible.  After all, we're rapidly approaching 30 weeks.

I had already done some research online before we moved, but upon finding out that the hospital that's really close to our house does have an OB section, I began checking out the statistics and doctor's website at that hospital. 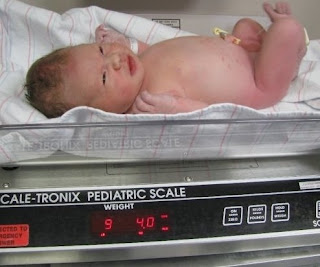 ICAN says that the hospital near our house told them that ever single OB at the hospital does VBACs.  Okay.  Did some have better results than others?

I began to look at parenting boards to see if there were doctor suggestions.

And that's when I saw it.  A woman suggesting a birth center, not far from our home, who explained that she had had a VBA2C at the center, and that they specialized in VBACs.

Because, you know, I've always thought I would enthusiastically jump at a chance like that... and yet I found myself pausing and thinking of the 2% chance of uterine rupture that I now face.  And while one part of me couldn't help but think that 98% are mighty good odds, the other part said, if you're part of that 2% you better hope you're in the hospital. 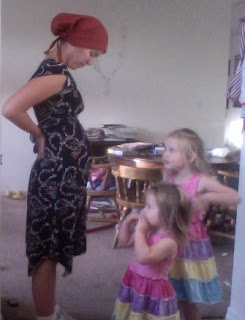 Maybe it's the fact that I've been on that 2% losing side before, first with Sadie's birth (because CPD is so rare) and then with miscarrying after 12 weeks when I'd just been breathing that long awaited second trimester sigh of relief.  It's made me more cautious.  I've had the odds be dramatically in my favor and had that sliver of a chance turn into reality.

At the same time I don't like the statistically increasing risk of c-section after c-section either.  In fact I like that much, much less.

I breathed a sigh of relief.  And felt like a wimp.  I think I need to go read some more Ina May...

I'm holding out hope, yet again, that at a hospital that claims that all of it's OBs do VBACs, I might actually be allowed to try...  I guess we'll have a better idea after my appointment on the 4th!
Posted by Cammie Diane at 1:53 PM